‘Game’ – the game that’s played on you 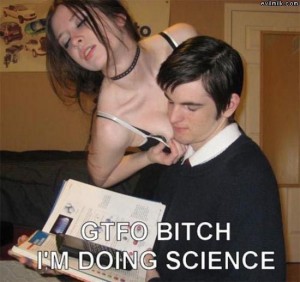 “Game” is essentially a fancy title for picking up girls. I’ll write something about the following thought-train, which I recently discoveredÂ on a blog:

“Think about it like a Point system. Positive moves (alpha behavior, DHV spikes and the rest) give you positive points. Beta and negative behavior has your points taken away. When you reach 500 points (or any number you chose) you go for the bang or kiss close. If she turns you down subtract 300 points. Itâ€™s a good way of making you constantly calibrate,Â encouraging natural flow while using your masculine desire to win at competition.

Another thing I notice in a lot of beginner blogs is often a one girl is the focus. We blog about single girl weâ€™ve had interactions with. Itâ€™s like we donâ€™t know how to spread ourselves between multiple woman. We put all our eggs into one basket. We may be able to get 5 girls interested but instead of investing equally in all 5, weâ€™ll just go for the one we like best. The problem with this is if things donâ€™t work out your back to square one and you never utilize the competition.”
– What the Rookies, Beginners and Betas are Missing

Dissecting, disseminating, etc . . . I argue that it isÂ an inaccurate path.Â It is like applying rational foundation principles upon a psychology that’s ruled by inconsistent emotions and the spurs of the moment. The idea of subtracting points when a woman turns you down means nothing else than making yourself dependent on the whims of the woman.

Also, there is supposed to be a certain true intimacy and mutual care to a relationship with a woman. Many men playing â€˜gameâ€™ seem out for it primarily to score sex with different women. So if you’re just doing it for a bang, Iâ€™ll ironically tell you to lay down a couple of bucks for a professional. Will probably save you a lot of money if you, other than the drinks, calibrate things like invested time and saved frustration. If you areÂ merely interested in a fun-bang under the pretence of a serious date, thenÂ in doing so one is only adding to the already widely spread debasement of genuine intimacy. Decaying that certain sense of satisfaction that can only be foundÂ in sharing it with another, and replacing it by cynicism.

There’s no point applying logic to thoroughly ground a psyche that’s naturally inconsistent with its own wishes. This problem used not to occur when the equality between the sexes didn’t run rampant in society. Hence men today are applying logic to understand the problem; but the very problem is that there’s nothing to understand. It defies a systematic approach because it defies rationality itself. However thatâ€™s also the key strength of these menâ€™s magazines; if the system still doesnâ€™t work for you and the woman continues to refuse your love, you must still be doing ‘the game’ wrong. So buy the next edition to find out more.Â Â

This is a far better proposal than anything. Write yourself a couple of checks like the following:

â†’ Can I explain what I want to achieve in my life?
â†’ Am I familiar with common courtesy?
â†’ How is my personal hygiene?
â†’ Do I understand the art of conversation?
â†’ Do I come across as sufficiently open-minded and not as stressful or forceful?

This is basically a list of common-sense. Meaning; donâ€™t be aimless, be controlled, neverÂ hold a woman or force a kiss upon her before youâ€™re certain you’ve sufficiently broken the ice. If you are afraid that she will decline you if you kiss her on the lips, go toÂ a place where the two of you are comfortable andÂ caringly caress her hair, tenderly stroke her face.Â If she accepts it, kiss more innocent places of her face and you can go by her body language to tellÂ whether or not she’s sufficiently comfortable with it to be kissed on the lips.Â This seems obvious but as long as thereâ€™s people making money from publications about â€˜gameâ€™ I guess itâ€™s not. Make sure to brush teeth twice a day, toÂ change clothes from time to time and also to shower at least aÂ two timesÂ each week (or more depending on your job).

Try to have a casual chat with strangers even about subjects that you know nothing of, and see how well you do. And then I donâ€™t mean to talk about the weather. Ask them what their profession is, why theyâ€™ve chosen it and what in general moves them in life. If you just stay calm and polite youâ€™re probably already as good at â€œgameâ€ as anyone can get. Be confident and accept the fact of life that people are unpredictable. True strength doesnâ€™t come from tricks â€“ it comes from within. Strength like that can scare women. But this is not your fault. Itâ€™s the fault of egalitarianism. Anything with standards, manners and content is suspicious in comparison to their aimless selves.

If you checked this list that Iâ€™ve mentioned â€“ thatâ€™s it. Youâ€™ve already won. Even if the woman doesnâ€™t go ahead with you. It just means she couldnâ€™t understand your true value and her random whims got the better of her. Shrug it off and move on. Bigger chance that youâ€™ll actually achieve something with your life if you do, rather than fretting yourself about what you can do to meet someone elseâ€™s shifting standards.

Once you check off this list, you will find that in fact most of the women have not checked this list. They don’t need to – sex is available more cheaply on the market for them. Now you understand that when you’re “playing game”, you’re playing with all stacks set against you.