China Is In An Unofficial Civil War 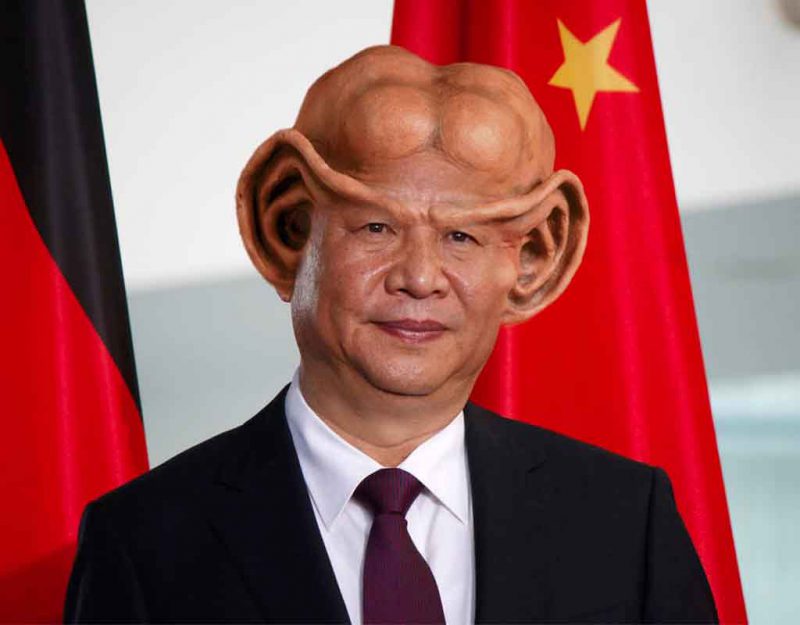 We read such baffling things from what appears to be such a monolithic state. Apparently, a power struggle still rages in China:

The move may be related to factional battles within the Party. Jackie Chan’s ties are through the network of former vice chairman Zeng Qinghong, who was under the Jiang Faction. This is the main faction fighting with the faction of Xi Jinping, the current head of the Party. The timing of this move appears to be related to the recent end of the Party’s high level Beidaihe meeting, after which Xi Jinping launched new purges targeted areas of society still controlled by the Jiang faction.

Looking into the backstory shows us that China, rather than being a consolidated totalitarian state, consists of warring factions who are locked in a state of cold civil war:

Xi Jinping came to power in November 2012 entirely unexpectedly. The Hu Jintao faction insisted on one candidate, while the Jiang Zemin faction supported the other. Xi Jinping skillfully played the role of a compromise candidate. He looked like a suitable candidate for all the main warring factions, because, although he was one of the “communist princes” (his father was a close associate of Mao Zedong), he gave the impression of a somewhat “weak” leader. Xi Jinping belongs to the faction long forgotten in China, which at one time was aligned with the Soviet Union and Joseph Stalin.

Hopes for easy manipulation of the new party boss did not materialize. Secretary-General Xi Jinping toughened the persecution of those who do not support the party’s official line. In 2013, shortly after coming to power, Xi Jinping even banned the teaching of freedom of the press, civil rights, and the rule of law.

The massive party inquisition and the purge of the party apparatus, which began in China in 2013, led to the fact that many supporters of the previous leader of the country, Hu Jintao, appeared on the dock. Xi Jinping not only established effective internet censorship in China, but also achieved almost a lifetime post.

This explains further the situation in which China finds itself: infighting makes leadership unstable, being divided between the Shanghai Faction, Xi Jinping group, and Communist Youth Party clique. Whoever solidifies power first will purge the others.

However, Chinese power rests on the ability to gain influence and economic dominance, both of which require using the US and EU as foreign markets and a source of funding. The increasing Trump pressure to divest from China may tip the scales.