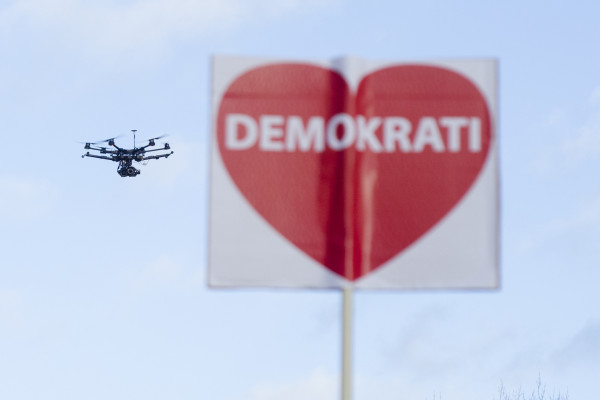 Most people aren’t especially bright. That’s a fact.
Being a fact, that suggests it is a normal thing. It is in no way abnormal, or wrong, to not be especially bright. It’s like saying “The world is round”. This may be inconvenient for a few, but for those few, there is no way to change it. The few must adapt to the inconvenient fact that the world is round. If those few fail to adapt to this fact, it is easy to see how frustrated and – ah – dysfunctional, those few may become.

The few bright ones, being bright, see things, realize things, know things, that the many do not. Theirs is a life of insight, reason, logic, and revelation. Ideas come thick and fast. Theories occur, and those theories, to the bright ones, cry out to be tested. And shared.

The many dull ones, being dull, have no conception of the state the few inhabit. They do not, and can not know. In their experience, nobody has anything to say that is worth listening to. And so they don’t listen. They do what the dull so often do: they listen only to themselves, and the noises made by others are only noises to be added to their own. This is the state of the crowd, and the crowd is a dull thing, indeed. Any noise not meshing with the general noise, is either warped into the familiar, converted into a threat, or ignored completely.

Meanwhile, the world largely looks to the developed, technological, successful West, and wants only to emulate it. They do what they do, or attempt to, in their largely uncomprehending third-world way. Not realizing that copying what something looks like, is not the same as being whatever that something is, instead. The world looks and copies what it thinks it sees. With often unpredictable, sometimes crazy results.

Most people are not especially bright. That’s a fact.
In ages past, it was the few that formed Western civilization out of the primordial dullness. in spite of the many, the few could do this, and prevail. Because in ages past, there was religion, and every example of the dullness was not a god unto itself, blotting out every other consideration. The dull, if unable to do anything else very well, could at least listen, and follow. It came naturally when a human was not a god in his own eyes. When a human had some humility.

Meanwhile, the world largely looks at what remains of the West, and still believes it to be something to aspire to, and emulate. Not realizing that the West, having become what it has become, is a spent force, and so completely lost as to be something to avoid at all costs, with all its arrogance, general stupidity, and suicidal lack of direction.

The brighter few, these days, are known as Elites. Seen as heartless, and cruel, and anything else that comes to mind, just so long as it’s something very bad. When, in fact, they are the only ones who ever really contributed anything of importance to the incredible success that was once the West. Nobody understands them. And nobody can. Like the immune system, within a terminally sick body, all those fierce white corpuscles that, when organized, protect and stand guard, have become the enemy of the body they once so effectively protected and were an indispensable part-of.

The body eats itself, from the inside-out. It looks, to an outsider, whole and strong, until finally, and quite unexpectedly, something really vital breaks. And when that happens, the whole thing crumbles into dust.

I was never very enthusiastic about religion, because, being one of those poor, misunderstood, few, I had little need of it. But for the many, it was almost as necessary as oxygen. It provided context against which men could rise from barbarism and sloth. The organizational matrix which permitted the making of greatness from mud.
And without which, mud is inexorably recreated out of greatness.

Religion may have many flaws, because it too is of the many, presided over by too few. But essential it is, as oxygen to a living body. Without it, the whole corps becomes a corpse. A plague of zombies, dressed up as lamb. A honey-pot for the unsuspecting world to follow, to its doom.

Most people aren’t especially bright. That’s a fact. So instead of pretending that they are, expecting them to be, accept instead, that they are not. And if you, yourself, are, then it is you that needs to adapt to this fact. Not they.
There is nothing that can be changed, by you, outside of you.
Yet strangely, those few who can successfully change themselves, become able to change everything else.

The inheritors of 1968 look back on a changed nation | Deforestation