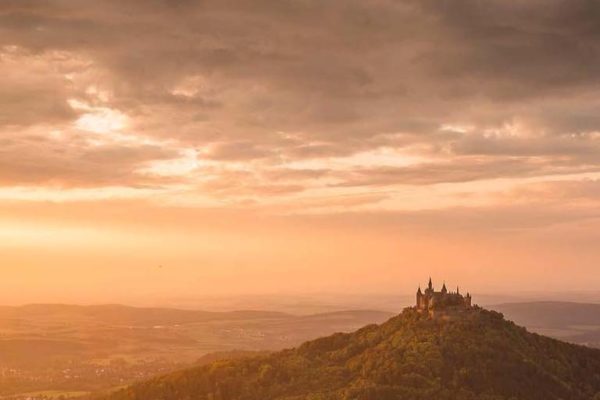 We are in the midst of a vast change here on planet Earth, for all of humanity. An old order has fallen, and while most of us are scrambling to catch up, all that was based on this old order is falling silently at the same time. You can feel the muted panic in the streets.

That old order is named modernism, and it is the series of ideas which flowed from The Enlightenment™ concept of individualism, where natural law and social order take a back seat to what the individual desires. To make society subsidize that by refusing to enact Darwinistic sorting on those whose desires lead to bad or useless things, individualism became egalitarianism, and from that, collectives form.

For humanity in all ages, the problem is herd behavior, sometimes called peer pressure, which is the root of our trends, gangs, stampedes, cults, panics, cliques and other behaviors that are “dark organizations” which counteract our goals as civilizations, and the actual needs of individuals versus what they will say are their goals.

It is a paradox to most that individualism is a form of collectivism, but when you think about it, there is nothing more selfish than a crowd: a group of people united by lowest common denominator wants, desiring to enforce those on others, and to do so without accountability because they are in a faceless mob.

Caste revolt of this nature has destroyed every civilization to date. The faceless mob, unaware of what they cannot understand, tears down those above them and assumes that civilization will just keep on trucking as it has in the past. Instead, they quickly find that social order begins to decay.

The recent history of humanity shows us trying to find ways to make mob rule work, and failing. Parliaments, the Constitution, Communism, Socialism, Communitarianism, Distributism, Anarchism and all of these other “isms” are simply attempts to adapt to a new reality in which we have an ad hoc hierarchy based on who has the favor of the crowd at any moment.

As with most unstable things, and following in the path of the French Revolution which led to economic collapse and ideological warfare, global liberal democracy — the political philosophy of equality, itself a form of individualism — has died of its own success. Illogical plans, when put into action, “succeed” for some time, but then their unrealistic approach causes them to collapse.

Arising from that, we are entering the age of what political philosopher Samuel P. Huntington described as “The Clash of Civilizations” in which people move away from ideological and economic definitions of who they are, and instead turn to civilization, which is formed of the intersection of culture, heritage, religion and values:

What is happening in Catalonia now fits this pattern. The Spanish state has smashed, jailed, censored and disenfranchised its citizens in order to try to prevent the inevitable: the breakup of the nation-state, formed of many different ethnic groups united by ideology and economic system, into smaller civilizations based on innate identity.

In the United States, a similar sentiment has arisen with the election of Donald J. Trump; people want America “before the change” to return, and by that they mean the 1950s style Western European America. In the United Kingdom, voters opted to escape the economic and political cartel of the European Union. In Germany, the proto-nationalist party Alternative For Germany won record gains.

The pushback has become, and it is consists of people not just rejecting the mixed-racial modern state, but the mixed-ethnic one as well:

People are people; differences, even intraracial differences (as those between English and Irish, or Ukranians and Russians, for example) exist, and frictions, up to and including warfare, happen. We canâ€™t wave a magic wand and make those things disappear.

Following this, other aspects of modernity are fading as well, including faith in democracy: 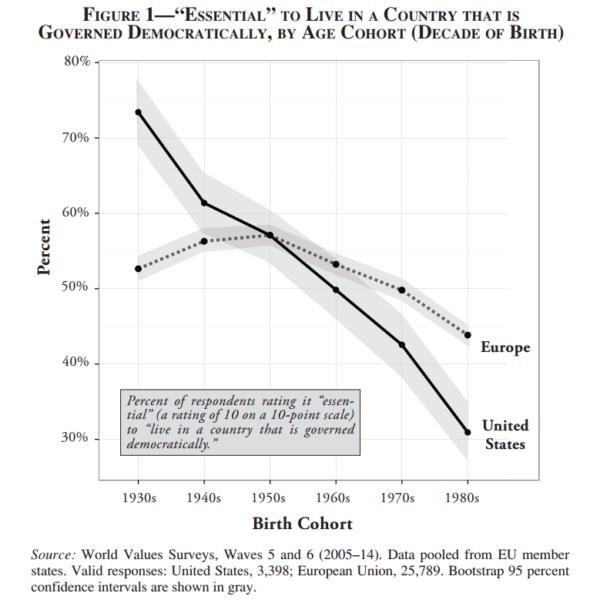 The next step will be a rejection of caste revolt itself. Cynicism toward equality is spreading. The sheer incompetence of our leaders has made us distrust the utilitarian premise of democracy, which is that whatever most people think is good, is actually good. The future includes hierarchy, both of leadership, and of social roles, with those who have the most prized traits rising above the rest.

Even more, recognition of the total failure of pluralism, or that we can coexist with those of other racial and ethnic groups, religions, philosophies and even political inclinations is collapsing on both Left and Right:

Obama was wrong when he said that we are not two countries, one blue and one red. Because, in fact, we are. Our job is to make sure that our country prevails.

As the fundamental ideas of democracy, equality, pluralism, and diversity unravel, something new is coming to take their place. It will be “new” in that, as history cycles, we will find ourselves back where we were before this disaster of modernism occurred, and when then start going the other way, toward the traditional forms of living that have protected us for millennia.

We will now be addressing the only question remaining which is that of whether, after this seemingly endless disaster, we can restore our civilization and ourselves to be something great again, as slumbers in our ancestral memory and imaginations:

I often wonder about this question: is the character or the spirit of a people genetic, and if so, is it passed down through generations â€” or can it be subverted by means of propaganda, dysgenics, and what amounts to psychological/spiritual warfare? Could the original character of these peoples re-assert itself, or can it be restored by conscious effort? Can decades, even centuries or manipulation be reversed?

It seems to me that we are entering a new dark age of terror as the old order falls. Most of our fellow citizens will not be coming with us into the future. Many of our most cherished beliefs are departing. But in this vast void, opportunity lurks for those who are brave and realistic. We finally have a chance to escape the disaster of modernism, and replace it with something better.