Castles made of sand 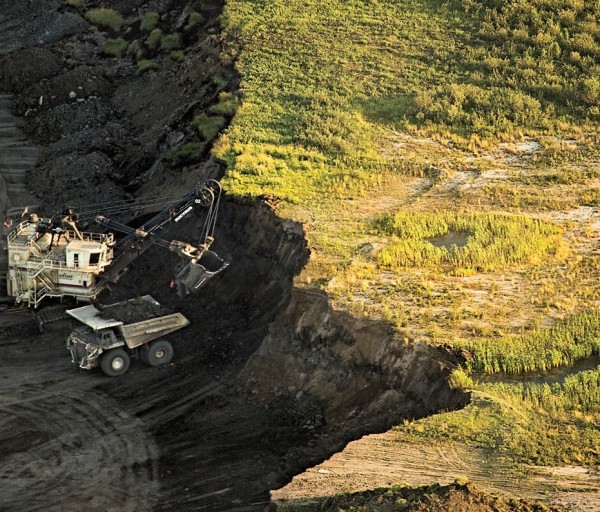 The good thing about illusions is that if you convince others of them, and they act upon that, you win — in the short term. The problem is that eventually the piper must be paid when illusion collides with reality, like a drunken man stepping on a rake to have the handle swat him in the face. This can cause all of those short term gains to collapse. The lesson for those who want to con society is to fool everyone, then take the money and run.

This is exactly what your elites are planning. They get elected, appointed or promoted, come up with some new idea to hoodwink the fools who make up most of any audience, and then enrich themselves before fleeing to gated communities where they cannot be prosecuted. Maybe they stay in their home countries, protected by political cronies. Maybe they run off to some island paradise or corporate retreat. If they are really good, they may live anonymously in a remote coastal village in Africa, Asia or South America.

Naturally, Dear Reader, the question arises in your mind: what kind of a fool thinks that this is in any way a viable plan? Only someone who is willing to ignore all impulses toward being a good person in exchange for material reward, and who is oblivious to the risk they run. They are oblivious to something else as well: when failure of empires happens, the money accrued by the thieves becomes very worthless. Some will do the sensible thing and buy vineyards or farms, but in social disorder, things one owns but cannot defend quickly become owned by others. With this mind, it becomes clear that our elites are fools who are sewing the seeds of not only our doom, but their own.

How does one get an elite of fools? It starts with egalitarianism. This idea always starts out as the notion that people deserve equality dignity, political rights or equality of personal worth in the eyes of the law. Unfortunately, this idea is incomplete because it is based entirely in politics and not in reality, so a poor man will always be at a disadvantage to a rich man. Over time, such societies always end up feeling hypocritical because of this unbalance. And then, there are other natural unbalances. Some are stronger, others weaker. Some smarter than others. Equality as a concept collapses, but because it presents itself as morality, the only “rational” solution is more equality, which throughout history has quickly come to mean subsidized equality of the type socialists favor.

This is why the path to Communism begins with the notion of dismantling social hierarchy. When you begin insisting that a group of peasants can make the “same” leadership decisions as a king, you have already elected to go Socialist, which will collapse over time much as Liberalism did and necessitate authoritarian Socialism, a.k.a. Communism. Libertarians and other well-intentioned democratic types will tell us that all they want is “equal personal worth” in a social or political setting, oblivious to the fact that throughout history this has always failed and been upgraded to subsidized equal personal worth, or Socialism. There is no escape from this path once you go down it because the inertia is too great. The only way to win is to pick another path and keep rigorously staying off the path of subsidy. But this leads us to why Socialist states always produce such idiotic elites much as democracies do.

If your state is based on egalitarian principles, it quickly becomes obsessed with the idea of “meritocracy” or fairness of opportunity, inevitably translated into any person with enough ability can get to any position. The problem with this is how it assesses ability, which is usually through tests limited to a specific discipline and application of known techniques. Equality-based societies find it troubling to assess people based on general abilities, such as general intelligence or moral character, and prefer to narrow the field as much as possible. This creates a robotic culture based on reproduction of past successes. In education, this translates to a memorization-based regime which emphasizes having the right number of details rather than a big picture view that is flexible, realistic and correct; in the workplace, this translates into statistics which cover “satisfaction” instead of measuring how all of an employee’s acts worked toward overall quality. In this system, the intelligent are systematically excluded in favor of the not-stupid but not-smart, and the smart people do not wind up getting all the cherries:

In any society, the normal and natural outcome is that the best people wind up ruling â€“ though not necessarily in the interests of that society. They may wind up doing a very good job of stealing anything not nailed down and setting fire to anything that they cannot pry up, the typical dark age government that has been the norm throughout most of human history, but chances are they will be very good at stealing and lighting fires. There is a strong correlation between intelligence and reacting fast to the movement of your opponentâ€™s sword, and even better correlation between intelligence and reacting fast with the best sword move.

We, however, are seeing government by people of very ordinary intelligence, which requires vigorous, active, and effective filtering to keep the smartest people out, which filtration starts in our most prestigious universities.

Our elites are not geniuses. They are not even smart. What they are is clever in the way that people who specialize in details and memorizing checklists are. They are masters of the past, able to apply what they have seen, but unaware of why they should be doing so or the actual cause-effect relationships in those actions. Their analytical skills, as well as wider intelligence of consequence and secondary effects, are weak. This afflicts not only our politicians but our doctors, lawyers and other professionals. It is the failing of both an education system which prizes obedience over thinking ability, and an egalitarian ideology which insists on “meritocracy” in denial of the overall abilities of the individual. As a result of these, we have false elites who hate us because they fear us because these false elites secretly know they are pretenders to the throne.

Affirmative action has had other devastating consequences. Originally designed as a conservative concession to demands for racial equality, it created an in-built subsidy for anyone from a protected group such as women, homosexuals, ethnic and religious minorities, and in fact anyone else who can demonstrate victim status through “disparate impact,” or lack of wide representation in a field. This routes around competence entirely and chooses people based on their political symbolic value, with ability being only secondary. Since choosing them by competence does not result in the correct distribution of protected groups, the methods of defining competence are dumbed down. This most vividly affects the intelligent who are unlikely to tolerate the hoop-jumping, rote memorization and detailed regurgitation which such methods select for. Like natural selection gone wrong, our system chooses the blockheads over the thinkers and produces corresponding results.

Trying to resolve the same issue, psychology professor Clive Seligman went over the data on academic hiring at the University of Western Ontario from 1991â€“1992 to 1998â€“1999, and reached this conclusion:

The problem with this approach is that life is indeed a zero-sum game. To promote someone unjustly is to displace someone else; even more, there is a corresponding reaction by which smart people leave situations in which they cannot win, and instead venture to other areas which are less organized/”meritocratic.” This gradually displaces the intelligent with the politically-correct.

Much like democracy selecting for appearance in its leaders, the meritocratic™ agenda of the politically-correct creates a false world. This false reality values those who are obedient over those who can think, and produces leaders who are good enough… sort of… until faced with a challenge they have not seen before. Then they seize up, fail to act, and default to whatever they think will please voters. The flattery goes both ways and soon the “leaders” think they are doing well, when in fact they are goose-stepping us all to disaster.

Our current elites are like castles made of sand. From a distance, they resemble the real thing; up close, they reveal their weakness, and then the waves come in and tear them down. The entire West suffers in solitude, just awaiting a wave to wash away the false leaders and reveal to us our need for leaders who are less marketers and obedient than they are thinkers and doers.

The return of darkness and evil | NPI conference Become Who We Are: The Identity and Spirit of Our People, October 31, 2015