California Shows Us Where The Leftist Arc Ends 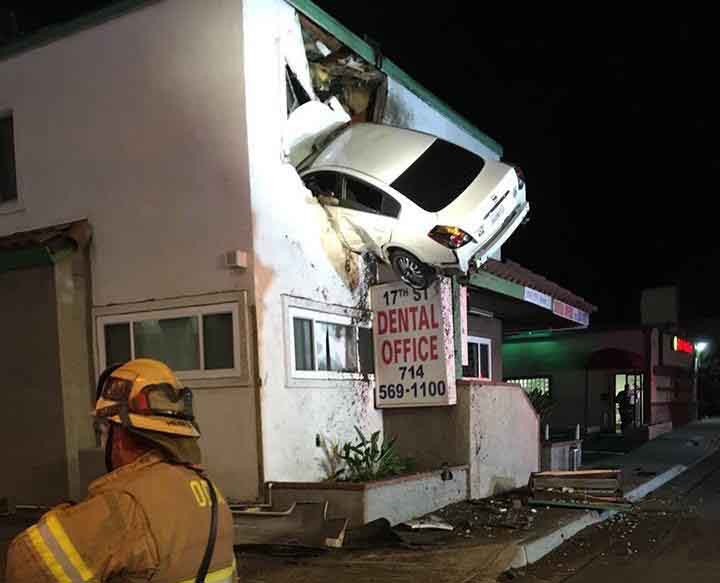 You can prove to yourself that history is cyclic. Watch what happens to your favorite restaurant. It starts out as a fragmentary idea, then figures out the details, then tries to maximize its position, then… becomes a lot less good. Corners have been cut, or the atmosphere is dead. So you move on.

The “moving on” is the far side of a cycle which is composed of two arcs, a life-arc and a death-arc. The life-arc is the lifespan of any individual thing, and the death-arc is the process that creates a need for it to come around again. It takes a decade for most to realize that a favorite restaurant has become mediocre and overpriced.

Events in life are cyclic, but the human mind thinks in terms of a perpetual present instant only. This “absolute” mindset confuses the solidity of our thoughts with the process of reality, which demands that we look at events from start to finish as an arc, sort of like our own life cycle.

When we understand that we are looking at a process, and not a static thing like an object, we realize that attempting to design for the end of the cycle produces entropy. Instead, we need to design for the middle, which means a deliberate imperfection. This means “Wild West” and not “Utopia.”

When historians look back on 2016, they will see many arcs ending. The growth arc, the humanism arc, the constitutionalism arc, and their originating germ, the Leftist arc, are all ending. They are ending because they ran their course and people saw that the state that these ideas produced was in fact horrible and quasi-Soviet, so those paths have been debunked and abandoned.

The Leftist arc ended because instead of bringing peace and prosperity, it brought poverty, internal conflict, and militarism of the “war without end” variety. In other words, even mild Leftism — classical liberalism, constitutionalism, and an entitlements state — quickly went to the same state that the Soviet Union and Napoleonic France reached. To people who want to thrive and achieve sanity, this is total failure.

Leftism represents many things, but its real innovation was to use centralization to enforce individualism by binding together individualists into a kind of gang, club, fad, cult, or mob that then demanded that all realists cease pointing out that the world beyond humans existed too. They wanted a world comprised only of human desires, where everyone and everything else was designed to be convenient for the individualists.

As the Leftist arc ends, we are seeing how many of their policies and arguments are simply rationalizations for the idea of continuing unfettered individualism. These things are ending in vast disaster. California, as the state with the most Leftist policies, will lead the way in showing us the long-term consequences of 1930s and 1960s ideas.

Among other things, California shows us that Leftism leads to social breakdown:

The NBC Bay Area Investigative Unit surveyed 153 blocks of downtown San Francisco in search of trash, needles, and feces. The investigation revealed trash littered across every block. The survey also found 41 blocks dotted with needles and 96 blocks sullied with piles of feces.

…The Investigate Unit spent three days assessing conditions on the streets of downtown San Francisco and discovered trash on each of the 153 blocks surveyed. While some streets were littered with items as small as a candy wrapper, the vast majority of trash found included large heaps of garbage, food, and discarded junk. The investigation also found 100 drug needles and more than 300 piles of feces throughout downtown.

…The 2016-2017 budget for San Francisco Public Works includes $60.1 million for â€œStreet Environmental Services.â€ The budget has nearly doubled over the past five years. Originally, that money, was intended to clean streets, not sidewalks. According to city ordinances, sidewalks are the responsibility of property owners. However, due to the severity of the contamination in San Francisco, Public Works has inherited the problem of washing sidewalks. Nuru estimates that half of his street cleaning budget â€“ about $30 million â€“ goes towards cleaning up feces and needles from homeless encampments and sidewalks.

So this is how Leftism ends — a giant industry that does nothing of practical value, neurotics and perverts floating around, a vast third-world mixed-race underclass, and piles of feces everywhere with bonus syringes — despite the best Utopian intentions and egalitarian notions of the Californians. It is their epitaph: They Meant Well.

The Leftist idea centers on egalitarianism, or the notion that everyone is equal or should be. This means that if something goes wrong for someone, it was not their fault, because whatever choice they want to make is equal to any other, lest we start ranking people by their choices and thus make them unequal.

For Leftists, homeless people are not the result of their own choices, but of misfortunes, and so the solution is to throw money at the problem and assume that homeless people are 100% as logical, functional, and dedicated as suburban people. This leads to a paradox where we must “explain away” the behavior of the homeless.

That mentality allows us only one course of action: the rest of us fund more money for the homeless to make them equal, because otherwise we have to admit that equality — and thus, we — have failed. This is why California spending on the homeless increases as do numbers of the homeless:

Los Angeles County’s homeless population is increasing faster than the supply of new housing, even with the addition of thousands of beds in the last two years and millions of dollars beginning to flow in from two ballot measures targeting the crisis, according to a long-awaited report by the region’s homelessness agency.

…The original analysis was prepared to quantify the difference between the housing and services existing at the time and what would be needed to get all the chronically homeless off the streets and quickly restore housing for those falling into homelessness.

The report became the basis for both Proposition HHH, the homeless housing bond approved by Los Angeles city voters in 2016, and the countywide Measure H sales tax for homeless services approved last year.

As we say around here a lot, “What you tolerate, you get more of.” This is the case with homelessness, and the perpetual Leftist solution amounts to subsidizing it, which increases rather than decreases the problem. It provides a cash-based incentive to be homeless.

In San Francisco, the usual homeless problem accelerates because of rising housing prices, but there is no legal way to remove these people, so they stay around because they are tolerated. Then people want to subsidize them. Soon the city is taken over by the homeless, which damages and penalizes those who work for a living.

Just like everything else in the West, this question has become toxic because we have inverted the dialogue by refusing to consider how equality leads us toward doom. In our zeal to eliminate risk, and make ourselves good, we have perpetuated and exacerbated a longstanding problem with no end in sight.

Futility loops like this have created an exodus from Leftism as people realize that this ideology did not simply go too far; it was always paradoxical and incoherent, and when it goes far enough, it is already too far. California just shows us concrete examples of this failure, with mounds of feces on top of them.

How To Stop School Shootings | Is Empathy The Root Of Groupthink?