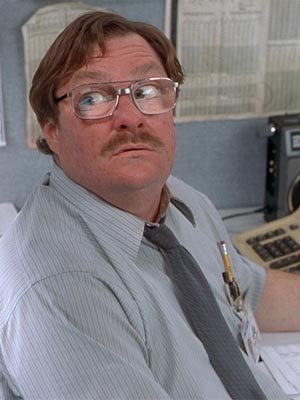 One thing we riff on frequently here is the nature of bureaucracy and how it ruins basically everything it touches.

Bureaucracy we might define as using professional clerks to process social functions through centralized authority, and with them, the gnarly techniques of measuring life through spreadsheets, using metrics and other indirect methods of figuring out if the job is getting done.

Bureaucracy is not relegated to government alone; from an unlikely source:

During the late 80s and early 90s the industry underwent a transformation and restructured, catalyzed by three distinct factors. Record companies no longer viewed themselves as conduits for music, but as functions of the manipulations of Wall Street. Companies were acquired, conglomerated, bought and sold; public stock offerings ensued, shareholders met. At this very same time, new Nielsen monitoring systems — BDS (Broadcast Data Systems) and SoundScan were employed to document record sales and radio airplay.

Record companies soon discovered that because of BDS, they only needed to concentrate on about 12 radio stations; there was no longer a business rationale for working secondary markets that were soon forgotten — despite the fact that these were the very places where rock and roll was born and thrived. – Huffington Post

If you find it too risky to use intelligent people to figure out what music is crap and what is not, start monitoring statistics. Then stop caring about the organic whole of the industry, where certain listeners are more important than others, and start looking for purely linear reasoning. How many people like it?

This type of thinking takes a bigger mission, such as “provide music to a nation,” and dumbs it down into a linear mission, which is “take care of these idiots who have money in their fat grubby hands right now.”

If you ever wonder why music on the radio is so awful, here’s one reason: idiots clutching money react quickly.

On the other hand, the organic collective of music consumers reacts slowly. It is by nature conservative, or skeptical of the new and also skeptical of the repetitive. As a result, new music filters slowly through the independent radio station people, to the cutting edge fans, through cocktail party conversation and finally makes its way to the people on the street.

There, there’s another hierarchy. The people who seem to know stuff, usually musicians or artists, pick up on stuff and pass it down. There is much avoiding of hipsters, scenesters and other false experts. Once the smarter but too busy to be music fanatics crowd picks up on something, they spread it downward to people even less informed than themselves.

This is how nature works. It is in direct opposition to how bureaucracy works.

Every two to three years, Eddie Sales trims and prunes the crape myrtles at his church, Albemarle Road Presbyterian Church.

But this year, the city of Charlotte cited the church for improperly pruning its trees.

The church was fined $100 per branch cut for excessive pruning, bringing the violation to $4,000. – Charlotte Observer

In government, we can either nurture the natural flow of a civilization — nationalism, values derived from culture, religion as social services, meritocracy and a sense of role — or we can try to invent some new jihad that we assume will make everyone happy, and force it on them with bureaucrats.

It would be sad and ironic if it took John Cougar Mellencamp to tell us this.

The clash of civilization-types | Alternative Right