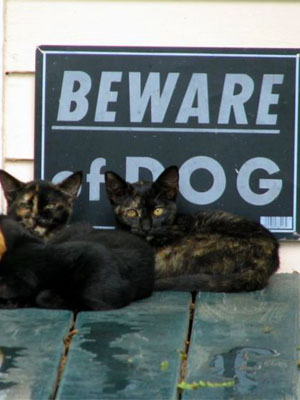 In the post-1789 regime, “working hard” is our religious sacrament. Whenever someone succeeds, we are quick to praise them for having worked hard. If we need to be motivated, we are told to work hard. Yet most work is like cheap bread: light, spongy and with many large pockets of air.

For example, at your average job perhaps an hour or two of real work — effort resulting in productive change — occurs per week. The rest of the time is fake work and wastage. Fake work is answering emails, going to meetings, attending training, filling out paperwork, updating the boss on “progress.”

We all know what wastage is; any time we walk into any given office, we see it. Talking on the phone, shopping on Amazon, updating Facebook, tweeting and SMS, playing video games or vacantly surfing the internet.

Into this great tower of pretense comes the lie: the only difference between the successful genius and the lurching impoverished prole is that the successful person worked hard. This lets the successful feel justified in their success, and look down their noses at the poor; this lets the poor believe they can be anything, which since it doesn’t happen, creates a need for some enemy who prevented it from happening, which is good as that lets our society go to war on a regular basis. Kill the inegalitarians!

In the name of our pretense of being equal, we pretend that we value hard work above all else.

But shouldn’t we value competence instead?

Someone who works really hard, but is incompetent, will accomplish only what a competent person would do in a fraction of the time. Yet in order to feel altruistic, we want to promote the hard-working incompetent. He deserves to get ahead, even though the end result is worse for those who have to suffer under his incompetence.

Working hard rewards the dullard. He shows up; he doesn’t think. It takes him long to figure out basic concepts. However, that’s no problem — he’ll be here until midnight. Even though nothing he does is particularly strenuous, he’s “working hard” because he was here all those hours. Our society thinks he should go to the front of the line.

On the other hand, working smart rewards supremacy. Someone who understands concepts quickly and thoroughly, and is really good at what they do, may require only three hours a day of work to achieve the same or more than the dullard. That work will be high quality, too, because it’s strenuous and intense the way a person of ability commits themselves. Our society would condemn them as lazy.

Even if the presumption of laziness were not hopelessly wrong, the bias against laziness is. Unproductive laziness is bad because it is unproductive, not because it’s lazy. Lazy people who periodically manage to achieve a lot should in fact be our ideal, because through supremacy of ability they conquer the problem in record time.

Then everyone can go back to being lazy, which if we get rid of job-speak means something good. Laziness is getting the extra rest we need. It’s letting our minds relax. It’s taking a few minutes to appreciate some of life’s many mysteries. It’s goofing off with the wife and kids. It’s many good things.

But in order to uphold our pretense, we must make a heaven of working long hours, and a hell of wanting to work efficiently so you can get out of the office and do something more fun. What, you don’t like it here? You should want to be here for 12 or 16 hours a day — that’s the path to success!

And so the result is a race to the bottom. How many hours can we waste? Don’t just go to the essential meetings, which are very few; go to all the meetings. Even better, go to meetings that you aren’t even needed at. Answer all the emails, even the irrelevant ones. Stay until midnight every night.

Others see this and think, I have two choices: (a) I can compete with this, and start spending many hours here as well, or (b) I can go home after four hours having done a good job, and get fired for being “lazy” even though the quality of my work is superior to that of the dullard. Less time for the family. Less time to get to know yourself. Soon you are irritable and cruel. And miserable.

We have made ourselves miserable in this modern time. For the pretense of claiming that we are all equal, we have turned work from a means to an end into an end itself, and now the tail wags the dog and the tool uses the master. The high cost of egalitarian living crushes us. But at least we’re working hard.