by Jonathan Peter Wilkinson on December 30, 2018 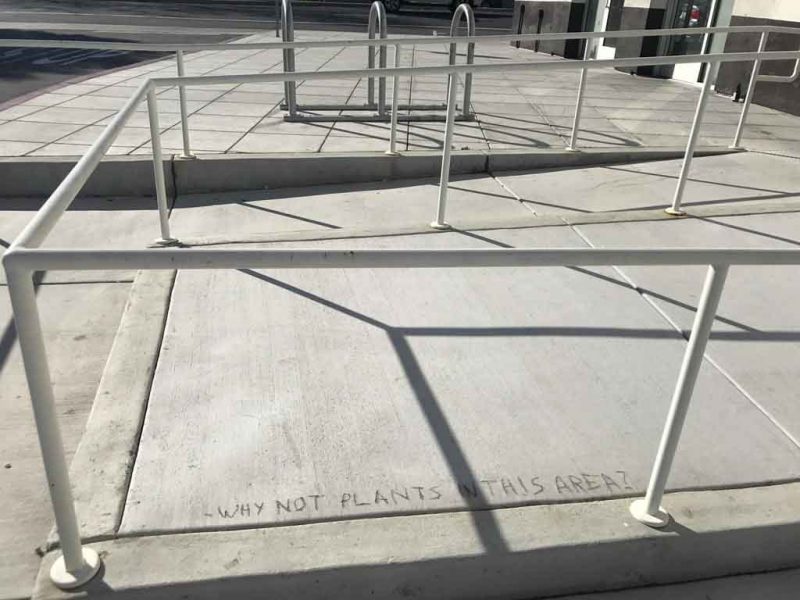 If you believe in !SCIENCE! then creepy foreigners are attacking Amerika! It’s a slow-motion Pearl Harbor out there, but instead of listening to really smart guys like Al Gore, !YOU! are doing nothing. This miasma continues to grow.

In order to avoid confusing the audience with lots of high-tech Hockey Stick Graphs of Doom, I’ll cut to the chase. And because simple is as simple does, and nobody gets ANY more simple than Alexandra Ocasio-Cortez, here’s what we’re up against if we believe that our government always tells us the truth.

Democratic Socialist Alexandra Ocasio-Cortez said on Friday at a campaign event that the United States’ blueprint for beating global warming needs to be the same as the blueprint the U.S. used for defeating Nazi Germany in the 1940s. “So we talk about existential threats, the last time we had a really major existential threat to this country was around World War II,” Ocasio-Cortez said. “And so we’ve been here before and we have a blueprint of doing this before.”

What Ocasio-Cortez fails at here is her failure to adequately flesh out the analogy. If the climate really catches fire and burns in ten years, then there are nations that are doing what is morally decent, and there are others running the CO2 Gulag right before our very eyes. Assuming any of this !SCIENCE! has any legitimate gravamen in fact, here is what responsible nations do to combat the problem. These are the Allies.

On the other hand, these other nations are the Axis of Climate Insanity. The never-ending, vile spew of GHG Zyklon-B comes from the following recalcitrant, rogue, terrorist nations. If Ocasio-Craziness and her fellow Global Warming Nut-Hatch Battalion are accurate, than it is almost as if NATO wants all the Amerikans to die in their gas cloud.

If any of this Global Warming is accurate, tariffs are the least President Donald Trump needs to be doing to China. To paraphrase Ronald Reagan, the bombing needs to start in thirty minutes. It won’t. It shouldn’t. In reality, it would be national suicide on our part if it ever did. The Chinese are still intelligently and rationally racist enough to know what a Chinaman is. Nobody can tell you anymore what an American is or why any of them should bother dying for their absentee fatherland.

So what really drives these phony-baloney Global Warming scares? A desire to control your life and steal your wealth. They don’t really believe. There is no rev-up for the Holy Climate Crusade against the two billion Red Hot Chinese. Anyone with a brain knows there will be no righteous holy war on behalf of Blessed Gaia against China, India, Iran, and the entire EU thrown in for kicks.

There was once this guy from The University of Colorado would go around the country telling people the planet didn’t have enough resources, the environment was dying and the only thing you could do about was to de-industrialize and abort as many children as possible. So this crazy Right Wing Whack-Job raised his hand and asked the Good And Wise Doctor a question. “What happens if not enough women willingly abort?”

Doctor Feelgood then asked a question that summed up a great portion of his intellectual life. “I don’t understand. Could you please elaborate?”

The poor, innocent student was too ingenuous to feel properly intimidated by The Wise and Venerable Intellectual’s hostile demeanor and body language. He foolishly elaborated what none of the worshipful true-believers wanted elaborated. “Let’s just say you need one billion abortions to stop the rise of the oceans or whatever. If only 500 million abort, how do we judge which 500 million others no longer have a right to breed?”

The student was given The Liberal Look and sent forth into the wilderness in shame and condign disgrace to beg for his meager subsistence. (Ok, I totally made that last part up. That wasn’t university policy anywhere yet in the mid-1990s.)

The obvious, logical answer was to let the dumb and incompetent go eat dirt and die like they did in The Middle Ages. Stupid people find life harder and find life shorter. Your environmental issues are resolved between the red jaws of the ravening wolves in a properly cruel and unforgiving environment.

Yet ever since the innovation of the modern welfare state, democracy took two boards, a handful of nails, and put poor, beatific Saint Darwin up for the night. Nature will never really be allowed to take its proper environmental course if it ever pisses off the wrong voting block. The poor will not only always be with us, but we also get to pay for the pleasure of their jolly companionship.

So if we ever did really experience an anthropogenic environmental disaster of the magnitude the Left keeps praying via its ridiculously dishonest propaganda !SCIENCE!, the only issue issue left to debate will be Solyent Green is People: which ones?