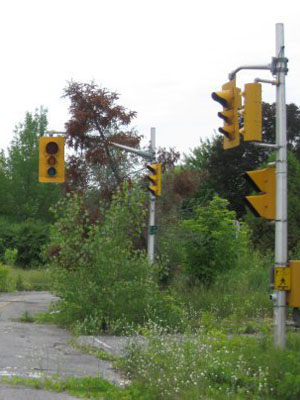 The current economic depression, which occupies 400 times the news space as any actual problem we have, is not the Great Depression. It will blow over.

However, like the Great Depression, it’s a historical stopping point. It’s the moment when people realized that what they thought was a “magical” system was actually mortal. It doesn’t self-maintain and generate infinite profit on its own.

In fact, like most things in history, it surprises people only because they have zero concept of the scale on which actions in history occur. When you see it reported today, rest assured the concept is at least a decade old, and it will take at least two decades but more like 20 decades for you to see its consequences.

We are, as a culture stretching from Europe through the Americas, only barely seeing the results of 1789 as they trickle down. Both the Great Depression and the current economic hiccup are footnotes in that process, along the lines of “We kept on the trail to the objective, and thought maybe we could use a sled, but that didn’t work, nor did the bicycle, so we’re looking for a boat.”

When you spread the wealth around, it gets frittered away on consumer goods. Those tend to be at the end of their value-added economic arc, and so tend to build up retirement accounts instead of getting re-inserted into the stream of commerce, as payments to manufacturers or distributors do.

The welfare state is destroying the future of both the USA and Europe. While the current hiccup is not its end, like the Great Depression it’s a signal that the path we’re on will not support us in the future. History has finally come around on the question of socialized welfare states.

The bigger point is that if an economy becomes too self-referential, it stops producing and focuses instead on re-directing its wealth internally. This is why both socialism and capitalism fail at some point, if left to their own devices: they form a cycle that winds down quickly.

As the ancients knew, but we have forgotten, it is important to have the best people in charge for life so that they can re-direct wealth in constructive ways. Kings build great museums, palaces, cathedrals, and cities, and spend their discretionary income to subsidize Mozarts and Beethovens. Modern society subsidizes its least effective people and then drowns in them.

This is why after two centuries of varying degrees of social welfare programs and equality, and us fiddling with them to try to make them work, they keep failing. These programs are the opposite of leadership and as a result always become self-referential, then like a spinning top they lose momentum and collapse.

Our societies did OK as long as they could continue growth. Colonialism, mercantilism, and even the dot-com booms were all part of this. We had to keep manufacturing new ways to “make” money in order to keep the growth alive.

But as the Baby Boomers retire, and the world’s most reckless population boom recedes, the constant forward momentum of growth is failing us. We are instead looking at negative growth, as we pay out to support those who are retiring, and do so with not only smaller nations, but changed nations.

The sense of unity of the past is gone, as is the idea of a work ethic, because there’s no goal to support it. We don’t have goals as nations. Our goal in all liberal democratic nations is to support services for our fellow citizens. But we often take advantage of few of those services, and feel no kinship with the fellow citizens.

When we move our societies from hierarchy (aristocracy, meritocracy) to a notion of subsidy (socialism, equality) we stop having a forward goal. In other words, we make ourselves the ends or goal of our society, and not the means or method of achieving it.

The result is false bravado in the form of reckless growth, an overvaluation of ourselves, and then a sudden disintegration and swift downstroke, after which we emerge as the husk of another burnt-out once-great nation, like most third-world nations today.