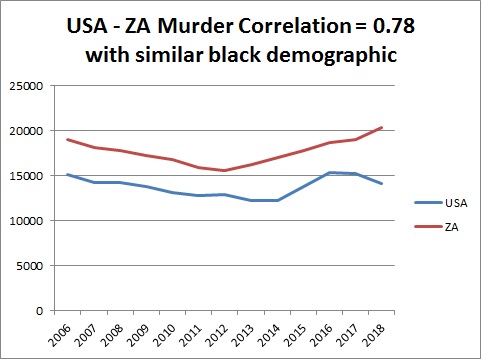 After doing some reading in the rise of crime after the Ferguson riots of 2014 and the subsequent rise of Black Lives Matter, I took it upon myself to compare the murder rates in America and South Africa based on the percentage of the population that is Black.

As it turns out, the numbers match up: 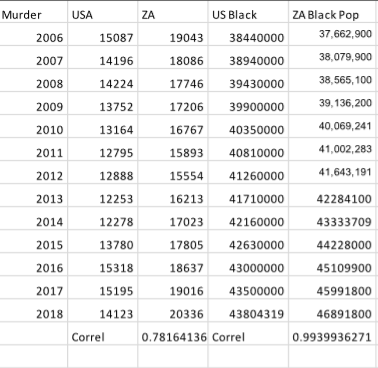 This leads to the graph that you see above, which shows that the pattern of behavior is consistent. This fits with the Darwinist hypothesis that traits are immutable and heritable, and that groups which are geographically isolated develop different traits.

It is unclear how much of this behavior would remain unexpressed in a non-diverse society, since diversity serves as a destabilizing factor which will only intensify crimes, but as America looks at a rise in murders since Ferguson, these figures become more relevant.