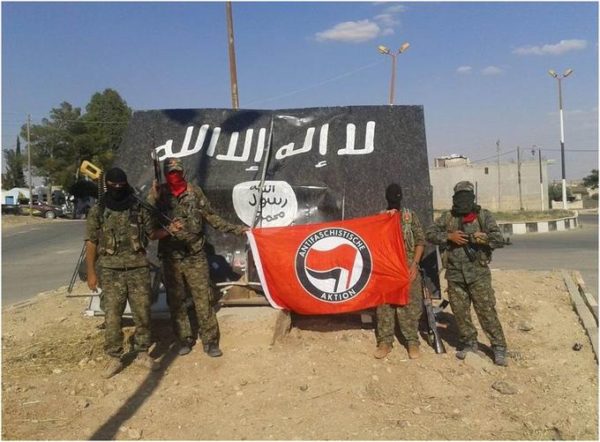 You voters asked for — no, demanded — bipartisanship, or for liberals and conservatives to reach across the aisle and join hands to get something done.

Unfortunately, you did not specify what they were supposed to do, and so this bipartisan compromise has gifted you with a new dimension of racial angst:

Where to draw the line on self-identification is an obvious question, and a fundamental one, Ms. Tuvel suggests in her paper. Think transracialism is tricky? It only gets more complicated from there. Her paper briefly considers other exotic forms of self-identification. How do progressives reckon with people who say theyâ€™re really â€œotherkins,â€ identifying as nonhuman animals? Are we morally required to accept â€œtransabledâ€ people, who are born physically normal but feel one of their limbs transgresses on their identity?

The Left insists that race is a golden ticket to permanent grievance politics; this advances the agenda of the Left, which is to break down organic civilization and replace it with artificial government, which defends the individual against the consequences of his actions by dissipating the damage as socialized cost.

The Right, in response, has claimed that noticing race at all is a form of “identity politics,” which is how mainstream conservatives slander identitarianism. The cost of their participation in democratic politics, which always lean Left, is that they deny any form of natural inequality and insist that we can all be made perfect through patriotism, religion and working hard.

In response to that rather silly gambit, the Left has doubled-down on race as Professor Tuvel did in her paper: they are insisting that it is, after all, biological and cannot be ignored. If the game is played as usual, the talking heads will be thankful for this misdirection and spend the next decade haranguing one another about it.

Reality as always hides behind the lies, partially overlapping each of them, which is what gives them believability to their audience. Identity is innate to each person much as sex, family, caste and natural abilities are. Those traits however are not equal, so egalitarians wage war against them in the most smug and passive manner possible.

Until the Right is pushed hard enough by the Alt Right, it will not publicly acknowledge that equality is a lie. Once we start saying that equality is a lie, as loudly and proudly as possible, the Left will be forced into a defensive position, and in so doing, will reveal further its actual agenda.