Between Fantasy and Reality 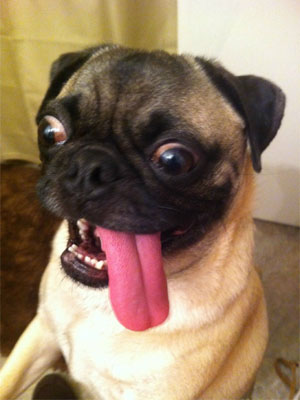 The imagination mediates between fantasy and reality. You have a decision to make, the consequences of which occur in reality. However, before you make the decision you imagine the possible scenarios and outcomes in the realm of fantasy. Then you decide.

You cannot renounce your imagination. That would be a potentially harmful asceticism similar to the renunciation of the will. However, like the will, you can control it.

We all have an imagination and the only difference is in degree. Making a decision on something that involves a factor of chance necessarily makes use of the imagination. You made the decision one way as opposed to the other because you imagine the results will be more favorable. You don’t actually know the outcome until it happens. So let us not kid ourselves.

The greatest threat to reality is not a vivid and active imagination but a dull and banal imagination. When the imagination is neglected and sacrificed in the name of accuracy or â€œbeing right,â€ then the imagination begins to plot its revenge and fantasy infiltrates its way back into reality. Think about the person that covers themselves in tattoos or engages in self-harm. This is clearly irrational behavior. But do you think this is because they have a healthy imagination or a dull one? They do this because they are bored and their imagination is dead. For them, there is no mystery to reality. Reality is assumed to be merely this literal, banal, perfectly knowable thing. The imagination then takes itself out on the personâ€™s body in the form of tattoos, piercings, and scars. Now they look like something out of a sci-fi novel and fantasy has become quite real.

It is the inverse relationship between man and his assumptions of reality. Those who act without consequence to reality do so because they are dreadfully bored. They are bored because they assume reality to be banal.

Take the phenomena of gender identity issues. I imagine things went something like this: Once upon a time young boys were told â€œyou are a prince, you are a warrior, one day you will be a king, so start acting like one.â€ Young girls were told â€œyou are a princess, you are a maiden, and one day you will be a queen, so start acting like one.â€ Then one day some person with a dull imagination said â€œthis is unrealistic, you cannot expect mere humans to live up to such lofty ideals, we are not kings and queens; we are mere human animals.â€ But it didnâ€™t stop there as no one is truly content to be merely what they It went further and in the name of accuracy claimed that â€œboyâ€ is a social construct and â€œgirlâ€ is a social construct, to be truly accurate we must not make a distinction as all they really are is â€œhuman.â€ After all, to say that boys and girls are both human cannot be said to be inaccurate. In a sense, one can quite accurately say that a male human is more similar to a female human than he is to a male red panda or a male warrior from legend that perhaps did not even â€œexist.â€

Forget about boys being kings, to have to live up to the ideal of â€œboyâ€ or â€œmanâ€ is now too intimidating. At this point the imagination has had its revenge and we have boys that proclaim to be girls and girls that proclaim to be boys. Furthermore, the idea that a girl is a princess or a boy a prince is now no longer an ideal but an entitlement. It is not a healthy fantasy but a demented â€œreality.â€ The idea that â€œyou can be anything you want to beâ€ is not born from a vivid imagination but an infinitely dull one; it is actually a dilution of the imagination. There is nothing specific or bold and the imagination becomes demented. Fantasy will inevitably trump reality if it is not kept in check, but the key to keeping it in check is not to dilute the imagination or de-prioritize it, but to keep it bold and robust.

It is like the immune system that must resist the â€œrealityâ€ of the disease. The disease is real, it has invaded your body, your body is truly, accurately, and realistically sick. Ought you to surrender and succumb to this disease in the name of being â€œrealistic!?â€ Your immune system challenges this disease tooth and nail without regard to whether or not it will be victorious. In a manner of speaking it is zealous, cavalier, delusional, and it completely and utterly believes in its own invincibility and imperative. Every enhancement comes about as much from acknowledging reality as it does from challenging reality.

We should be wary of throwing out the baby with the bathwater. When we say that people are unrealistic or delusional, we ought to think very carefully about how they got to that point. Do you suppose that one day they simply decided to be unrealistic and that we ought to blame the imagination? I propose that it is quite the opposite. They were clobbered over the head too early and too often with implicit messages to be realistic. This is why they rebel. Fantasy was short circuited and their imagination was never captured.

So, realistic people should not give up the realm of fantasy. It is a territory too important and too strategic to surrender. The imagination is what connects the future to the past to the present. Finally, here is an efficient formulation:

Ã‰othain: â€œDo we walk in legends or on the green earth in the daylight?â€
Aragorn: “A man may do both. For not we but those who come after will make the legends of our time. The green earth, say you? That is a mighty matter of legend, though you tread it under the light of day!”

Follow the luminous | Fascism Viewed From the Right by Julius Evola