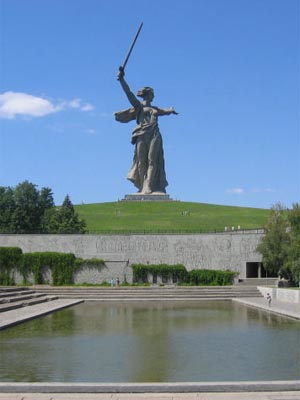 Very few people realize that what we see as politics is the end result of politics.

Like a light puppet show projecting the shadows of our hands onto a wall by the glow of a candle, what we see as politics is people discussing the effects of politics, and breaking it down into issues that we can grasp.

These are appearances of truth, or symbols of truth, or even dramas acting out the power struggle, but they are not the struggle itself. They are the effects; it is the cause.

European-descended peoples are still fighting WWII in their heads, itself a descendant of WWI, and that a descendant of the French Revolution in 1789. We have certain political narratives we tell each other.

The first is of Russian victimization and then heroism. A subtler story presents itself:

The roots of the democratic institutions spawned by morally charged revolutions may prove too shallow to sustain a functioning democracy in a society with precious little tradition of grassroots self-organization and self-rule. This is something that is likely to prove a huge obstacle to the carrying out of the promise of the Arab Spring — as it has proved in Russia. The Russian moral renaissance was thwarted by the atomization and mistrust bred by 70 years of totalitarianism. And though Gorbachev and Yeltsin dismantled an empire, the legacy of imperial thinking for millions of Russians has since made them receptive to neo-authoritarian Putinism, with its propaganda leitmotifs of “hostile encirclement” and “Russia rising off its knees.” Moreover, the enormous national tragedy (and national guilt) of Stalinism has never been fully explored and atoned for, corrupting the entire moral enterprise, just as the glasnost troubadours so passionately warned.

Which is why today’s Russia appears once again to be inching toward another perestroika moment. Although the market reforms of the 1990s and today’s oil prices have combined to produce historically unprecedented prosperity for millions, the brazen corruption of the ruling elite, new-style censorship, and open disdain for public opinion have spawned alienation and cynicism that are beginning to reach (if not indeed surpass) the level of the early 1980s. – Foreign Policy

This narrative doesn’t go back far enough. What are Russians?

Genetics tells us they are the aggregates of the people of Central Europe, Scandinavia, Eastern Europe, the middle East and far East.

History tells us the story this way: Russia was basically unclaimed farmland, ruled over dispassionately by a series of warlords, until the Mongols came. That forced politicization and unification of Russia under a monarchy composed of Europeans.

This meant that for every ten thousand Russians, one was an artistocrat from Europe, and the others were Eurasian peasants. The IQ gap was formidable.

As always happens in such situations, the peasants prospered under the aristocracy, and so bred like little rabbits, at which point they were no longer prosperous: they were starving. They then attacked, deposed and murdered the aristocrats for not stopping the peasants from destroying themselves.

In short, they were furious that their leadership was not totalitarian enough. It took them several centuries, but in 1917, they finally “liberated” themselves to officially make bad leadership choices. This they promptly did through a series of disasters culminating in Stalin.

What happened after Stalin was a slow reversal, as Russians first tried to justify and then hide what Stalin had done, finally culminating in the comedy of the Soviets, unaware that the West was oblivious to Stalin’s actions because of a sympathy for fellow leftists, certain that they faced universal criticism when they did not.

Gorbachev acted on that impulse. His citizens did not quite follow along, and so once Communism was done away with, they re-instated totalitarian rule — but this time, with American blue jeans. Progress!

Another myth is that of the United States being an aggressor in Europe that controls it for its own ends. While there is some truth to this, and the postwar record of Americans in Germany is shameful, not all Americans behaved that way. In fact, many tried to help Europe through a difficult time:

Ritschl: That may be, but during the 20th century, Germany was responsible for what were the biggest national bankruptcies in recent history. It is only thanks to the United States, which sacrificed vast amounts of money after both World War I and World War II, that Germany is financially stable today and holds the status of Europe’s headmaster. That fact, unfortunately, often seems to be forgotten.

SPIEGEL ONLINE: What happened back then exactly?

Ritschl: From 1924 to 1929, the Weimar Republic lived on credit and even borrowed the money it needed for its World War I reparations payments from America. This credit pyramid collapsed during the economic crisis of 1931. The money was gone, the damage to the United States enormous, the effect on the global economy devastating.

SPIEGEL ONLINE: The situation after World War II was similar.

Ritschl: But right afterwards, America immediately took steps to ensure there wouldn’t be a repeat of high reparations demands made on Germany. With only a few exceptions, all such demands were put on the backburner until Germany’s future reunification. For Germany, that was a life-saving gesture, and it was the actual financial basis of the Wirtschaftswunder, or economic miracle (that began in the 1950s). But it also meant that the victims of the German occupation in Europe also had to forgo reparations, including the Greeks. – Der Spiegel

Germany, with its ethnically integrated population and aristocratic tradition, took the opposite perspective as the Russians: it sought a hierarchy and high command that would lead first, rather than wait to react to the disaster. Specifically, the Germans rebounded from a series of disasters.

The French Revolution, Napoleonic Wars and Congress of Vienna all counteracted the two German instincts: a hierarchy by ability and a strong national bond. These are instincts that were forged of centuries of intensive civilization-building, which leads one to distrust a crowd and instead, trust those with proven leadership abilities.

America, as the nation of seemingly racially-mixed people, was at the time over 60% German by heritage; most of the rest was Western European, German-related populations like the English and Dutch. If you added it all up, America was mostly German, to the point that until Pearl Harbor, America was staying out of WWII.

Geneticists claim that as many as half of Britons have German blood, a consequence of Anglo-Saxon migration after the Roman Empire fell.

â€œThere is no use in denying it,â€ Der Spiegel, the German news magazine, wrote this week. â€œIt is now clear the nation which most dislikes the Germans were once Krauts themselves.â€

University College London academics studied a segment of the Y chromosome that appears in almost all Danish and north German men. They found that half of British men also have the segment. – The Telegraph

Western Europeans have more in common than they do not. As a result, America was positively disposed toward Germany, and barring the actions of (a) certain democratically-elected American leaders and (b) certain ill-behaving Americans, generally in favor of union with its brothers and sisters back in Europe.

We should then ask this: who is the better friend to Europe, those who share or blood and traditions, or those who have dedicated the past centuries to overthrowing those traditions and bloodlines?

Behind the scenes, politics is a far different game than what we see in our newspapers (and, without saying, in the bloviation of our politicians). Everyone knows the electorate will behave like Russian peasants or German reactionaries, and so we mask what’s really going on.

Feminism as a defensive ideology | The fruit of democracy