Feminism as a defensive ideology 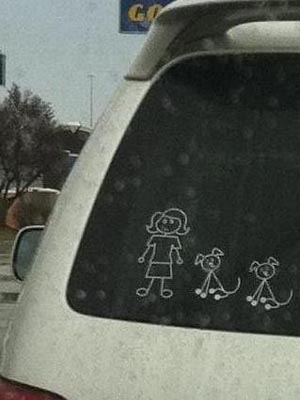 Ideologies come in two flavors: pro and con. You’re either reaching for something, or defending against something.

The latter appears to be the strongest position because it attracts the most attention in the short-term. Everyone wants to hear that they were wronged, that the enemy has been identified and that we must resist.

On the other hand, without a positive or searching position, you are left with an angry mob. Since a mob has nothing in common but its anger, it naturally must seize on easy targets to destroy. You cannot control it.

Feminism, like all ideologies derived from liberalism (which was literally defensive against hierarchy, monarchy and the differentiation of abilities involved in natural selection), creates an offense out of defense. It is passive-aggressive and thus, while it seems to “win” in the court of public opinion, it loses in the world of people voting with their feet.

How to end a date in 20 minutes: point out that his arguments are fallacious and that his premises are correlations at best, and does not indicate any form of causality. He will say in response, “I do not feel like there is any attraction between us.” LOL :-P

This girl, for context, is the perfect product of a liberal education and is graduating to start post-grad at the University of Oxford. Most smart people I know donâ€™t feel a need to advertise their intelligence explicitly as such (boasting about she intellectually intimidates her date), but I know that women who are smarter than average are culpable of being confrontational about it. I think this is where a lot of men are discouraged from dating smart women, because it usually means sacrificing humility and groundedness in the process.

Moreover, aforementioned female figure is pretty imposing of her political and â€œfashionableâ€ opinions….Itâ€™s not a huge surprise that her date straightforwardly admitted that he wasnâ€™t being attracted to her, not for the fact that sheâ€™s intrinsically intelligent, but bellicose.

I sympathize with her, as like most women who are smarter than average, I also used to feel a need to assert it a lot more in a similar manner, usually out of insecurity. But, after a year or so of university I realized how all-too-common the archetype was and I made a conscientious effort to distance myself from being like that (I donâ€™t miss it). I guess also I realized how superfluous it is to try and prove something that should be self-evident by having a degree of awareness in discussing anything, pop cultural nuggets included. – Sofiastry

In women, feminism conditions a kind of entry point tolerance test: Do you accept my dogma? If not, I will attack. You can only date me if you accept my dogma first. This of course chases away all but the sociopaths, lazy and underconfident.

These will in turn exact a price for their tolerance of feminism. To them, it’s like any other social interaction: I help you if you help me. It’s transactional more than contractual. So if they are forced to humble themselves to the bloviation, they will insist on something in return.

Women, being like children benevolent enough to assume good will with any contract, do not realize that this is the cause and effect, the alpha and the omega, the purpose and the method. The man does not want a relationship. He wants easy access to sex, and so you are in perpetual dating mode. He will never marry you.

When you present him any of a number of troubles — fear, challenging him to improve himself, pregnancy, loss of job, hitting 40 — he will drop you and move on. He may leave you with child. Good luck finding him. In his view, he fulfilled his part of the contract; your part was not to get pregnant, among other things. He sees that as a trap and a form of attack.

In most of the world, relationships are this way. People cohabitate, a child is produced, and the mother hopefully has a support network because Papa is on the road already. This is the easiest way to engage in procreation, and has none of the burdens of marriage. We are free!

People adopted marriage not because it was obvious, but because it was intelligent. In the marriage view, the contract is made formal: no sex until there’s a guarantee you take care of the mother and kid, and in exchange, she agrees to let you lead the show because you’re the provider.

When we pop women out of these roles, and put them into defensive roles, they become very unpleasant to deal with. In relationships, they behave like prostitutes on an installment plan; in the workplace, their defensiveness means no one wants to work with them:

Female bosses sometimes have a reputation for not being very nice. Some display what’s called “queen bee” behavior, distancing themselves from other women and refusing to help other women as they rise through the ranks. Now, a new study, which will be published in an upcoming issue of Psychological Science, a journal of the Association for Psychological Science, concludes that it’s wrong to blame the woman for this behavior; instead, blame the sexist environment.

For the experiment, half of the participants were told to write about an example of a situation where they thought being a woman was detrimental to them at work, they were discriminated against, or heard other people talking negatively about women.

Women who had been primed to think about gender bias answered like queen bees — that they had a masculine leadership style, that they were very different from other women and gender bias wasn’t a problem — only if they had started out by saying they identified weakly with women at work. Those who identified strongly with their gender at work had the opposite response — when they thought about gender bias, they said afterwards that they were motivated to mentor other women. – Science Daily

The women who had been pre-programmed with liberalism — told to think of themselves as victims of “a situation where they thought being a woman was detrimental to them at work, they were discriminated against, or heard other people talking negatively about women” — became destructive to all around them, including other women.

Women who were deliberalized — “told to write about a time when their gender was no issue at all and they were valued for their personal abilities” — on the other hand had no such reaction. The study claims sexist bias is the problem, but what if the sexist bias were feminism itself, and it created counter-discrimination?

The study’s authors do not attempt to measure their relationships with males after exposure to feminism, or while in a relationship with an evasive male. They do not attempt to follow women who, after acknowledging they were intelligent, used that brainpower instead to find a non-combative, cooperative role with men.

Most importantly, they don’t ask women about the contractual nature of their relationships with men. Did they emphasize a marriage track? Or was it just a matter of two people finding it convenient to be friends who fornicate?

Living in a wealthy, industrialized society plays a huge part in the Dutch woman’s sense of contentment, she said, given the benefits of a social net that allows for balance between work and family life. She backs that claim with statistics: 68 percent of Dutch women work part time, roughly 25 hours a week, and most probably do not want a full-time job.

Long used to a measure of economic freedom, Dutch women worked before marriage from as early as the 14th century, when the decimations of the plague made female labor a necessity and conferred a habit of independence that some historians have called the first feminist revolution.

A large component of the Dutch woman’s happiness today derives from the importance attributed to the nuclear family – an institution invented by the low countries and whose hold there today is so strong that even gay couples want it. – NYT

Feminism encourages a defensive outlook that poisons the well for women before they even enter it. They feel they must prove themselves to be autonomous, and so men treat them as autonomous, e.g. like they would any other goods- or service-provider.

When you go to the baker, you pay a certain amount of money for a loaf of bread. When you date a feminist, you buy dinner and she hands over the sex. Feminists claim they want to empower women, but what they’ve really done is reduce them to a granular level, of being a commodity.

This is why feminism, although popular in the short term, will in the long-term be seen as a plague from which none recover.

Ann Coulter on diversity | Behind the scenes