The fruit of democracy 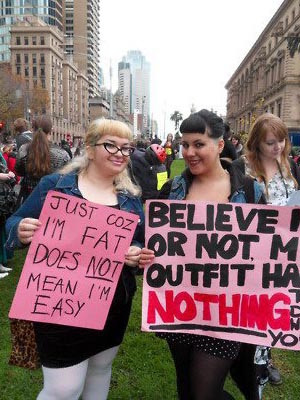 The notion of democracy is that we can exist without hierarchy. Instead, we elect leaders and then depose them with another election. There is no permanent hierarchy to concentrate knowledge.

As a result of this thinking, democracies are inclined to act against innate relationships like nationalism/kinship, class, and even the family. Democracies want citizens to be interchangeable parts, all equal.

This causes democracies to try to band together with other democracies to make concentrations of power, since without those innate divisions between us, we must make new ones in order to get anything done.

With such alliances, we see a parallel between citizens of democracy and partners in alliances: inclusiveness, which is the carrot offered to bring everyone together, becomes a burden because not all are in fact equal.

As a result, the society enters its death-spiral. There are parallels in this area between economics, culture, and even public participation. All succumb to the same entropy: with the forced removal of difference, there is no incentive to achieve.

Yet we do not question democracy. It is a belief that started in 1789, was strengthened in 1918 and 1945, and really exploded into public consciousness in 1968, that democracy and equality make the best society.

The P.I.G.S. — Portugal, Italy, Greece and Spain — are all at different stages of the same journey: their citizens have grown accustomed to the entitlement state, and like their non-achieving lives, but the economy and society cannot support them.

Before the vote, Mr. Papandreou called on Parliament and the people to show responsibility and seize â€œa critical opportunity to save the country from default.â€

â€œAll Greeks have the duty and the ability to change this country,â€ he said. He defended the countryâ€™s foreign creditors, who have become a lightning rod for popular fury, saying, â€œThey are giving us a helping hand in difficult times.â€

But tens of thousands of people gathered outside Parliament, many voicing rage at foreign lenders they see as a kind of occupying power and at a government they blame for Greeceâ€™s financial crisis.

â€œThey destroyed the country,â€ said Terpsichore Theofili, 23, a history student, as she stood in the crowd in Syntagma Square outside Parliament. â€œThey should pay, not us,â€ she added.

For three weeks, protesters have come together nightly in the square to air their grievances over a crisis that endures despite a round of painful austerity measures, leaving the government struggling to agree on another round of painful cuts to further diminish the countryâ€™s bloated public sector and win urgently needed international bailout money. Many in the crowd wore stickers aimed at Parliament that read, â€œWe wonâ€™t leave until they leave.â€ – NYT

At this point, the scene enters the realm of comedy.

Person 2: We haven’t planted crops, made a distillery, or earned the money to buy beer.

Person 1: I still want free beer! I’m going to vote you out of office!

The gathered crowd — it’s always a gathered crowd of those who have nothing better to keep them occupied — demands the entitlement state continue; the politicians explain it cannot. So the crowd angrily votes in someone who will lie to them and keep the entitlements going by passing the buck.

The buck gets passed upstairs. Who receives that shining new debt? Oh, the EU.

A number of commentators are belatedly coming around to the view that bailing out Greece was useless. They are wrong. The bailouts, far from being ineffective, have been actively harmful. Greece is deeper in debt today than it was a year ago, and the losses when it defaults will now be felt, not by a small number of bankers and bondholders, but by all of us.

The dÃ©gringolade ought to destroy careers across the EU. Ministers, central bank governors, economists, columnists: there are hundreds of guilty men who supported a policy which they knew to be illegal, even if they didnâ€™t understand quite how destructive it would be. Not that this will happen, of course. Just as those who got it wrong on the euro are still deferred to on the BBC as impartial experts, so those who were wrong about the bailouts (usually the same people) will emerge from the present catastrophe with their reputations intact. It is usually better, in public life, to be part of a mistaken Establishment than to be wise too early. – The Telegraph

The Western nations are now effectively subsidizing the others, but are starting to question that policy on two grounds. The first is that it cripples Western Europe and guarantees a future recession when that lost income is realized by value loss; the second is that subsidizing these nations only allows them to continue their path of not facing the reality of their situation. They never develop autonomy that way.

If we learned anything from the 20th century, it is that subsidies and external alliances form obligations to disaster. We do best when we let nature take its course: let the nations with success rise above, and let others follow if they can.

The EU rebuked that idea by trying to become a trade and political nexus to counter the power of Asia and the United States. In doing so, however, it repeated the mistake made before WWI: by roping together disconnected groups, it obligates them to one another, which means that the most unstable link drags the rest into its conflict.

The euro welds together strong and weak countries, for better or for worse. There is no emergency exit, and there are no rules to follow in an emergency — only the hope that everything will turn out well in the end. This is why the crises of a few euro countries are a crisis for the euro, as well as a crisis for the European Union, its governments and its institutions. And this is why the euro crisis has suddenly and expectedly mushroomed into a crisis for the political Project Europe, its future and its cohesion.

The costly decisions that are ultimately reached by the luminaries of European solidarity don’t just affect the citizens of the ailing member states in an existential way; they must also fear for their social security, their jobs and their assets. – Der Spiegel

I hear that many Europeans, in an effort to thwart perceived American control, want to form a greater European Union stretching from sea to sea. I wonder how that will look when the next generation of PIGS run into debt, or have violent revolutions, or other forms of instability that are common outside Western Europe.

It seems to me that our common problem is democracy itself, which encourages people to have the same power whether they’re rational or not. The voters obviously will be a group that contains both; however, as we’ve seen in life, competence is rare and incompetence the rule. This means incompetents win out at the ballot box.

From that premise, we can see how grouping together nations and giving them each the same claim to funding from the central group guarantees that the least stable will take more than they give, especially at times when others need that money not to pay past obligations but to pay forward through investment in research, infrastructure and learning.

Through democracy, we are sabotaging our best in order to subsidize our least successful. As the easy money days of the economy based on “re-financialization,” or selling each other financial instruments based on the unquestioned value of our economies, declines we’re going to have to face the bigger questions again.

Behind the scenes | With a Whimper