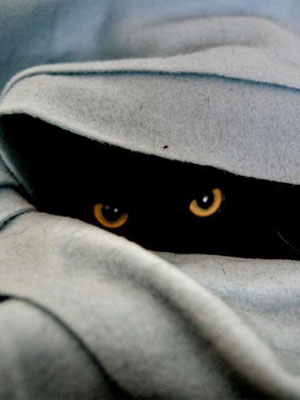 When a society collapses, the ideas on the periphery are the first to be subverted. They transmit the infection to the fundamentals, such that after some time “common sense” is lost.

In the modern West we are at the stage where we cannot assume much in common with others. They do not share the same culture, religion, values or way of life, or at least enough of them do not that an assumption is no longer convenient. The result is that the lowest common denominator rules in every area.

One aspect of this is that people no longer know how to behave. In healthy societies of the future, we will discover (again) that common standards include behavior, so people know how to act in such a way that they do not trample on others unnecessarily.

A healthy society knows how lines work and how those who cut in line should be pushed aside. But now our people come in different stripes, including different views on lines. Some wait in orderly queues, while others mill around and then try to push ahead.

The result is the type of behavior lines were designed in order to avoid. Each person must be constantly vigilant against others trying to cheat, and the disorder means that each person waits longer. Resources like the time of whoever is helping the line gets wasted.

On the surface of course this makes for a more interesting society. Don’t do it the same old way each time — we’ll invent new, fresh, interesting ways of waiting in line! Then the reality sets in after a few weeks: other than surface adornments, there are no new ways. Only choosing dysfunction or function.

The same applies to driving. The rules and conventions build up over generations for the safety of all are forgotten. The result is constant competition on the roads, for mere feet of space, while defending against the random and reckless behavior of others.

Unlike the small subset of problems for which government is adapted, these problems cannot be solved by laws. They are cultural in origin and in solution, if culture is the intersection of shared values and customs for a group. Laws require nit-picking rules and nit-picky enforcers. Culture does not.

Even simple things as not running your cart into other people in the grocery store, not leaving trash on the ground, or even the basic principle of being efficient or orderly. We can create government agencies to force people to behave in these ways, but unless it comes from within, such behavior is soon forgotten.

Our zeal for pluralism has destroyed what may have been our greatest strength, which was our ability to cooperate toward a goal. Any tyrant can make laws and selectively punish violators in public show trials. But only a culture can unite us, and make us behave in a way that makes a society we can all enjoy.