by Jonathan Peter Wilkinson on January 27, 2021 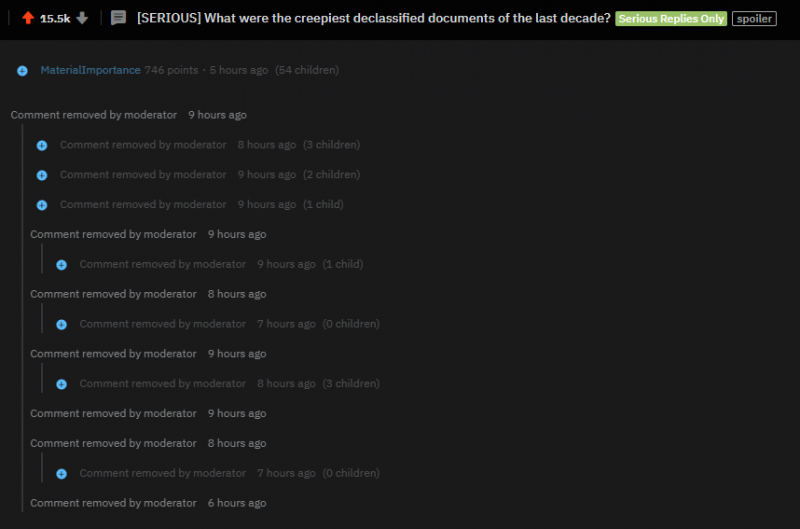 So what do we do about uniparty Amerikan Democracy, Comrades? I obviously can’t vote my way out. It’s who counts the votes that is decisive. I won’t be shooting my way out without a better optical prescription and much more physical training. Given that I have more fun venting my spleen than I would rupturing said internal organ, I need a practical method to lower my exposure to our current toxic socio-political atmosphere.

One possible method to this end is to become The Gray Man. The Gray Man is that guy you just don’t notice. The nail that doesn’t stick up too highly doesn’t get pounded. Buy some safety and I might just buy myself the time I need to see this failed nation collapse like Joe Biden’s mental facilities. The links below will be about the topic of going gray and going unnoticed.

1) The Gray Man Concept and How to be a Gray Man – This link can be digested in several sittings. It is Gray Man 101. The Level III version of this is more applicable to the extreme case of an SHTF event. Less all-in versions of this would help you just blend in and avoid conflict anywhere.

The concept of the gray man revolves around the idea of a person who does not draw attention to himself, who does not stand out from the normal inhabitants of a location in any way.

2) How To Generate $100,000 Of Retirement Income, Without Selling Your Principal. The Gray Man should be financially gray as well as physically gray. If you set up your life correctly, you can eventually go on financial autopilot. You get yours without being ostentatious and sticking out. Here’s one guy’s idea of how to do this.

Replacing 73% of your salary with investment income, and you are no longer having to mount The Hedonic Treadmill to survive. This is true for retirees, and for intelligent younger people as well. It’s one less way the state owns you, Comrade. It’s one less way you stick out to be targeted. Wise money flows slow, strong, and deep.

3) How to hide files and folders on Windows 10 – Digital gray is part of going unnoticed. This is a bit more technical than political or polemical. Yet, hiding requires us to hide in every dimension of the multiverse. Learn similar techniques to protect other forms of digital data.

4) 15 Top Secret Hiding Places For Your Valuables At Home – Small size, high value items are the obvious target for any sort of pilferage. They try to grab it fast, turn it over to a fence, and be gone from the loop before you even notice and call the cops. If you can make these sorts of valuables go gray, the bad guys won’t even detect them, much less boost them.

Did you know that the average time a burglar spends in a home is between 8 – 12 minutes? When a burglar is looking for valuables in your home they don’t want to hang around and wait for the alarm to be raised. They will look for the easy wins and take the quickest items to find the easiest things to carry. So the best way to ensure your valuables stay in your possession is to hide them in secret locations that are not usually searched.

5) Top 10 Cars That Get the Fewest Traffic Tickets – Sometimes you have to estimate a piece of knowledge using a proxy. I didn’t find direct data for which types of cars stood out the least on a crowded highway. Maybe the probability of a given car to be noticed and ticketed by law enforcement when the driver breaks a law is a possible proxy. It also lowers your probability of getting entered into someone’s database.

A recent study has revealed which cars get ticketed the least, and some of the results are surprising.
Insurance.com analyzed online quote information submitted by 323,349 drivers between January 1, 2014 and February 1, 2016 to see which vehicles get the most and least tickets. Of course, it’s the driver that gets the ticket, not the car. It is however, interesting to see which vehicles are least prone to getting pulled over.

6) How to Stand Out in a Neighborhood Where All the Houses Look the Same – Sometimes you learn by warning rather than example. It is possible that doing the opposite of what makes you stand out can make you appear grayer if laying low is your goal. Realtors want your home to stand out. Not doing what they suggest may help you hide in plain sight.

After looking for homes for sale in Iowa City, you’re disappointed to see that most of these houses all look the same! Yes, this suburban problem is a common one but can be very frustrating if you want something a little different. Thankfully, there are many ways that you can upgrade the appearance of your home to make it more original.

7) How to Blend in With Crowds. – The average gazelle will never be eaten by the typical lion. A few exceptional gazelles will be what’s for dinner. We here at Amerika recognize Crowdism as a continual problem. That doesn’t mean it can’t be leveraged for a temporary advantage. It’s hard to find one individual camouflaged in a mob. Here are four suggestions that may work.

8) 14 Practical Considerations When Looking for a Bug Out Location – Most of us will never wind up like The Corleones and need to “hit the mattresses.” But you never know…. If you feel that things may get bad enough for you to need to get out of Dodge, you need that place to go. There are several versions of checklists for choosing a bug out site. This is one of many that makes some interesting points. I’d recommend making your own list and using articles like these as a source of ideas.

9) How the FBI took down Russian spies living in the U.S. and posing as Americans – Good military leaders or athletic coaches will look back at what other teams tried to do before and learn lessons from the past. Foreign espionage agents are perhaps among the most dedicated and successful Gray Men currently in The United States. Here’s an article about how even the professionals ultimately got run to ground. Maybe prospective Gray Men can read and learn from both the successes and the mistakes of others.

They learned the smallest details of how Americans go about their daily business. “They know how to go to a bank. They know how to order a Big Mac at McDonald’s and not be strange about it,” he said. They’d often operate in pairs, living together and working together in a host country under the guise of a married couple. The whole purpose, says Kohler, is to “live amongst the enemy and blend in and not stand out.”

10) How to not be spotted: A Private Investigator’s Guide to Blending In – Another group of individuals who are professionally rewarded for effectively going gray. Private Investigators are frequently ineffective if they get their covers blown. Here’s an article of how PIs can watch without being seen.

A successful investigator is able to remain undercover and unnoticed so that they can collect useful evidence to support their client’s claim. Blending in with the surrounding population or daily activity is necessary so that the individual under surveillance does not become suspicious and thus change their own actions.
Investigators should take extreme caution to expose their true purpose or else the investigation could be ruined. Here are some tips to stay undiscovered.

So these articles have hopefully been informative to anyone who wants to go unnoticed for reasons both fair and nefarious. As the society around becomes less pleasantly social, it may be in your best interest to blend in. Gray and boring may become equivalent to safe and alive. Manage your risks accordingly.