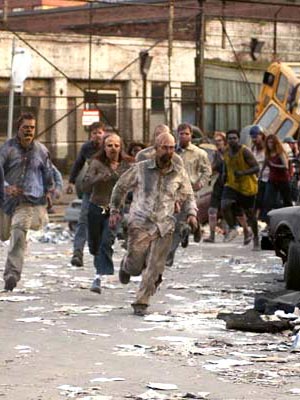 Modernity offers us few truly potent metaphors because it is an anti-metaphorical time. We like our truths cut up into little bits that we can control, not vast unsettling realizations that spur us on to do more with our time.

A simple Obey! Consume! Reproduce! Vote! Equality! is the kind of message we like, and not surprisingly it’s what we find in most of all movies, books, TV shows, YouTube videos, greeting cards, short stories, poems, plays and interpretive dances. Freedom means do these things and don’t rock the boat.

However, one metaphor that endures with us is that of the zombie. What is a zombie? A zombie is a human parasite, a person whose brain has been replaced by a mechanistic, repetitive and incessant need to consume and then seek more consumption.

Zombie movies are a subset of horror movies, and a good example of the genre’s metaphor. Whether you are watching a vampire film, insane murderer film, weird monster film, alien invader film or creepy disease cinema, each has roughly the same attributes of the zombie narrative, but not as clear in metaphor.

Some others on the right have started to realize how powerful this metaphorical vision can be:

The â€œliberationâ€ of pornography runs in precise parallel with the â€œliberationâ€ of the arduously suppressed appetite for blood-spectacle. Technology abets the moral slide by creating simulations of torture and murder indistinguishable from the actual thing. Nowadays, close-up cinematic exploitations of gross violence like the endless Saw franchise, aimed at high school and college audiences, pull in those audiences and pile up receipts at the box-office. The excuse for these is that the acts are â€œnot real.â€ But because they are indistinguishable from reality, the excuse rings hollow. What the people who visit the theater or rent the discs to see such movies are saying is that they like to observe the torture and murder of human beings. – The Thinking Housewife

All beliefs can become so infested with distrust in the world that they become insular and self-referential, and therefore when they encounter something unknown, first generate dogma against it and only later try to figure out what it was about.

In this case, the writer of the text above is barking up the wrong tree. Horror films are about a simple idea, and if we are able to see that idea, we will see why Saw and other films do not qualify. Saw and its ilk are about frustration with humanity rising to a boiling point.

Horror films, on the other hand, descend directly from the Gothic-Romantic story. Who wrote the original plots? Mary Shelley, Edgar Allen Poe, H.P. Lovecraft, Bram Stoker and H.G. Wells. How do we categorize those plots?

Where modern movies like to deliver a “message,” e.g. a propaganda/dogma item disguised as a homily, older literature liked to immerse us in metaphor. A metaphor is like an innoculation: it’s a simpler, more obvious, version of the situation in which we find ourselves.

Literature of this metaphorical bent tends to hint at where a cure might lie but never explicitly states it. It does this to avoid being propaganda; much as a textbook can tell you how to think, but not what to think, and propaganda can only tell you what to think, literature aims to inspire.

In particular, it wants to tell you the story of how an evil was conquered, a good learned, and how from this worldview there is hope of solving our problems and making clarity out of a world of ignorance and obscurity. At least, literature used to do this. Currently, it’s Crowdist propaganda like the movies. 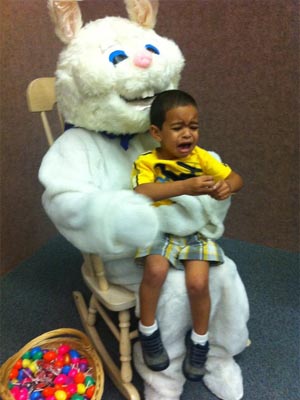 The metaphor of zombie movies is that of modern humanity. They need to be in a group to have any direction, and cannot think outside of that context, so they become mindless consuming machines whose only purpose is to destroy those who have risen above that miserable state.

When people first decided to make horror movies, they turned for inspiration to a literary tradition that goes all the way back to Beowulf and Gilgamesh, as interpreted through the late writers of Romantic literature and their own Gothic horrors.

We make zombies in our own image, says Durham University social scientist Dr Nick Pearce, and he reckons that the braindead machine-gun fodder zombies of today ain’t a good sign…He thinks we need to reassess the undead hordes… for our own self-esteem as much as anything else.

…Zombies used to have a fighting chance back when they first staggered onto our screens in 1932 film White Zombie, he argues. Yes, they were the demoralised, undead slaves of voodoo priests, but they were slaves who had a hope of breaking free, as they do in that film and several others from the era.

He says that now the zombies have no controller, they have no hope of ever being free. JUST LIKE US. “Zombies may well be popular today because they speak to a similar feeling of powerlessness shared by many members of our society.”

Almost all of Hollywood’s output focuses on the individual feeling mistreated by society, and so needing to create an alternate society (combine Fight Club and Napoleon Dynamite and you’ll see they are the same film) in order to overthrow the elites, take revenge and gain power.

In contrast to this degenerate propaganda, horror movies offer another insight: perhaps it is our feelings of being mistreated, and our own desire for “freedom” at the expense of common sense, that turn us into horrible zombies or weak creatures who cannot repel even the most basic monsters.