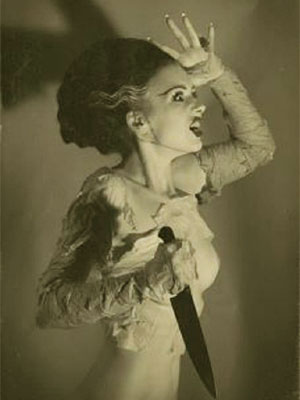 Most of us can focus on one thing at a time. What happens when both parties in an interaction are wrong?

Both parties are wrong. If you are watching as a bystander, you are tempted to — like at a football game, political rally, or street fight — take a side and cheer for it, filtering out any information that suggests weakness or inaccuracy on your side.

The result is that all three of you miss the truth.

As this passage from a writer I respect demonstrates, this situation happens more often than you might think:

Men donâ€™t â€œrefuse to grow upâ€. They drop out, (or rather, beta males drop out), and with good reason, because the sexual market has been reconstructed to pander to female hypergamous impulses. Men can no longer achieve the clearly-defined status over hypergamous women they once could because the traditional field of battle that afforded them relative supremacy and, thus, attractiveness, to women â€” the corporate office â€” has, via managerial despotism strengthening PC and diversity to a state religion, lopped their balls clean off. And so men retreat from the corporate drone working world to achieve their status elsewhere.

Men donâ€™t avoid marriage and family because they have a â€œmaturity deficitâ€. They rationally avoid marriage and family because, as the institutions are currently constituted, they are a raw deal for men. Marriage is a risk made too great by misandrist divorce laws, and kids are a cost made too high by falling wages and tightening housing markets, of which part of the blame must go to women who have been voting for increasingly leftie and feminist-friendly governments since suffrage. – Heartiste/TAFKAR

When you are trying to loosen a rope, and it comes loose suddenly and hits you in the face, you may be tempted to lash out angrily at life itself. Someone hit me! Grr…

But that’s an extreme reaction based in your fears for yourself, and your reaction to the pain, but not in your desire to find a sensible, intelligent response.

TAFKAR has a point, above: men are in a bad situation because of the rise of feminism, which is a sub-set of liberalism. The idea of universal equality in liberalism demands we provide subsidies and political protection to groups which never quite felt equal, and women don’t feel equal to men.

A huge industry exists to this end. Not just the sale of feminist products, starting with their odious chattering books, but also a vast swathe of our government and its NGOs and non-profits are made wealthy catering to “feminist” needs.

However, it’s possible that TAFKAR is both right and wrong. He could be telling us only part of the story. Let’s look more at feminist flakiness:

Anyone who has been trusted with a very large amount of responsibility knows that it is a very heavy burden if you are taking it seriously. Yet women donâ€™t feel this burden. Commenter Chels was outraged at the very concept that she was responsible for picking her future childrenâ€™s father wisely. How could she possibly be expected to do that? Yes, this is an extremely difficult task. If women were truly embracing their responsibility here it would be a very heavy weight on them. Young women would feel a solemn sense of duty.

But for the vast majority of women this simply isnâ€™t the case. The search for the father of their children isnâ€™t undertaken with a solemn sense of responsibility. It is taken as a time for fun and excitement. The overriding feeling is no matter what choices they make, if there is a bad outcome it isnâ€™t their fault. Someone else needs to take responsibility. – Dalrock

We see a parallel here: both women and men are reacting as if they got hit in the face with a rope that broke loose. Ouch! Now it’s time for my tantrum!

MRAs are repeating the same error that women made. Feminism has not given women better lives. It has given them jobs and second jobs as single mothers. It has guaranteed that their penis count will be so high when they hit 30 that chances of a permanent union are nil.

It is. Even more: that’s the most common outcome in human affairs, and explains why incompetence and confusion often reign for centuries until someone sets people toward the right direction.

Proles versus Elites: a review of the protests, part I | Becoming a zombie