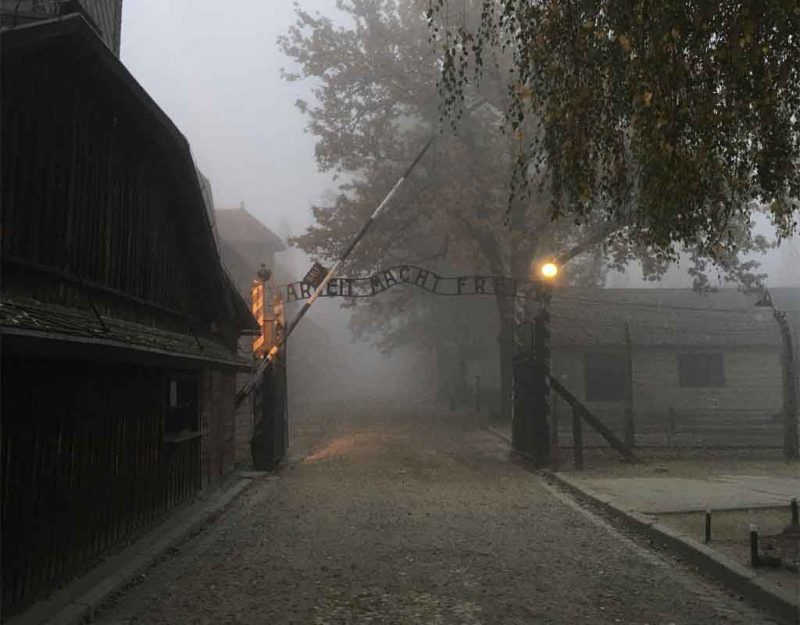 The Holocaust always horrified me. The thought of herding men, women, and children into camps to work them to death or execute them struck me as so broken, and so against my nature, that it left me despairing and ill. Of course, the murders after the French Revolution were even worse, in the same mold.

I grew up wanting to save everyone and everybody. Part of this came from my own recognition that I needed saving, both from a difficult family situation and a dying civilization. If everyone got saved, then I might have a chance, but otherwise, I felt forgotten at the end of the list and sure I would be overlooked.

As life went on, I became more of a realistic thinker, meaning that emotions, symbols, and social pressure no longer did it for me; I no longer trusted rationalizations, ideology, and feelings. I trusted results and wanted to cut out any policy or behavior that did not lead to good results.

That creates a break from the last vestiges of liberalism (and its parent, Leftism) in a human being. Egalitarianism makes sense if you want to make yourself and others feel better about a situation, but it addresses the surface effects and not underlying causes.

We can see this in the condition leading up to the Holocaust. For Europe to survive, foreign groups needed to be gone. That could have happened in some responsible, logical manner, but instead the Nazis seemed to delight in cruelty. This seems more of a tantrum than policy.

The thing is that Jews were not doing as well in Europe as they could have been doing in Israel, either. Every group needs command of its own future, and that cannot be done within a society that belongs to others. The group must have its own nation, make its own rules, and administer these.

This kind of common sense, historically-proven thinking does not play well with Leftism, which is fundamentally social and therefore wants to include everyone in one big group. That represents the projection of the individual who does not want to be left behind, casting his fears onto others.

From there we go on to even more dangerous waters. If we want people to be happy, we can try to make them into something they are not with subsidies, or simply select for our society the most competent people we can, as natural selection does.

The latter sounds horrifying — images of deranged eugenicists euthanizing patients come to mind — but if we look to history, Western Europe succeeded because its high standards weeded out the weak, crazy, cruel, parasitic, and sociopathic.

If you want your descendants to have a really good life, you want them to not just be made equal, but be on par with the others around them, and for that to be a high standard and not a low one. While this means bad consequences for those of lower ability now, it means that in the future everyone will be capable.

We have to go even further. If we do not get control of our human population and stop our reckless overuse of land, we are going to commit ecocide. That in itself is bad enough, but it will also lead to complete destruction of humanity.

Our future looks like Auschwitz times a million, or many billions dead, if we do not alter course. We will never forgive ourselves for the primal crime of ecocide, akin to parricide, nor will we ever like ourselves again. In addition, many will die slow deaths of starvation and disease.

This takes us to the famous Trolley Problem familiar from entry-level philosophy classes everywhere. If a train is running down a track, and you control a switch that will send it to another track, then you might choose to pull that switch if you see a group of people tied to the first track, about to be run over by the train.

The problem only becomes interesting when there are two groups, one on Track A and one on Track B. Supposing that the group on Track A is larger; do you pull the lever? What if the person on Track B will invent a cure for cancer or save the world? How do we compare the value of lives?

To spoil the fun, this problem only becomes sensible when you have divine knowledge about the people involved and are comfortable making realist and consequentialist judgments. Some lives will produce little of importance during their duration; some amount to more. This is cruel but part of reality.

We humans will save the cancer cure inventor, the world-saver, or people who are like us, and this reflects not cruelty but a desire to be good. After all, although one group is killed, another is saved. It may be sad that Justin Bieber dies, but happy that Beethoven lives!

Now on our train tracks we see two worlds. On Track A is a world without ecocide where people have purpose to their lives, and on Track B is the egalitarian world of ten billion people doing mostly nothing important but having freedom, tolerance, pluralism, and social importance.

This would be a different Auschwitz times a million. All of the people with bad traits — retardation, criminality, cruelty, narcissism, schizophrenia, sociopathy, neurosis — would go away, replaced by a new and higher type of humanity. Nature would also get to live.

Gods help me, I would pull that lever.