The surprising reason why our schools are failing 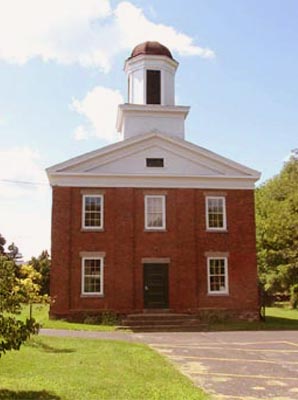 In fact, they seem to be cranking out inflated grades and zombie students. And it’s not cheap: the US spends more per student than any other industrialized nation, but its students rank 9th and 10th in math and science.

Depending on who you ask, you will get plenty of reasons as to why our schools are not succeeding. Some will point out that our schools for the gifted and motivated are doing quite well.

A simpler analysis this: the US educational system is failing because it has a confused goal.

It is too many things to too many people. To most parents, it’s free daycare. To sociologists, it’s a way to keep kids off the streets. To others it’s a chance for government subsidy to right social wrongs. Many view it as a force for equality.

What is missing is a simple statement like “our goal is to offer education to those who can take advantage of it.”

If we switch to that statement, our current policies start to become ludicrous.

First, there is no longer a reason to keep everyone in school. Keep the kids in school who want to learn, and get the others to non-academic instruction in the chores and pitfalls of life.

Second, don’t teach to the lowest ability kids in the class. Push everyone to higher levels. Teach to a level of achievement, not a level of compromise.

Finally, get rid of all the do-gooder policies, unions, bureaucracy and other parasites that have sprung up in the absence of a clear goal. Put that money back into classroom time.

Teaching methods would also have to change. Get rid of the detail memorization and what-are-your-feelings type stuff that has appeared since the 1970s.

Replace it with challenging lessons that reward problem-solving and analysis. Recognize that not every student can do this, and for those that cannot, give them facts and some ability to interpret.

Throw out all those propaganda-laden textbooks and replace them with well-written reality-based books.

Stop teaching the wrong stuff, which is always trite fodder designed to make a social point. Stop teaching via the social method, where students use each other as resources. Stop teaching so that those who memorize the bulk of the details come out on top.

As a result, school will be competitive again. There will be a goal and a plan, not four-year segments of incarceration in boredom. We already know our current schools don’t work, so let’s experiment.