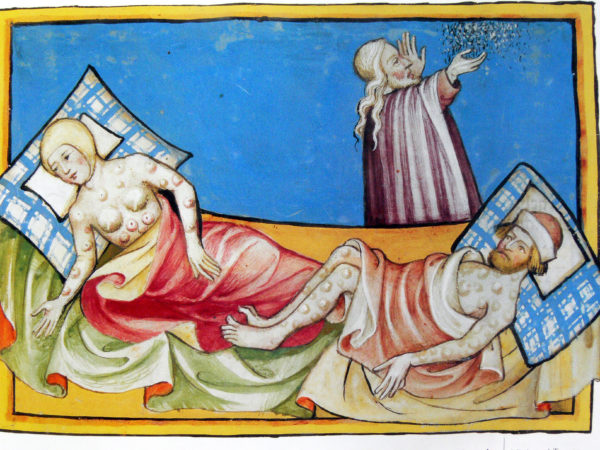 A new wave of awareness is spreading the West: the recognition that words are used to rationalize and justify choices, not to make them based on the logical capacities of the mind.

Politics, culture and academia show signs of massive discontent because people realize that words were used as weapons, to argue for what is convenient for the speaker, instead of as we think of them, which is a way to find truth, actuality and reality.

With the rise of the internet, it became clear that symbols not only are not reality, but create a false reality. People fight it out and then decide based on the symbols, not what they refer to. The map is not the territory.

One might see this as the culmination of postmodernism, a movement arguably launched by Fred Nietzsche’s “On Truth And Lies In A Non-Moral Sense.” This document cast doubt on the universal meaning of words, and saw them instead as gesture of human minds bent on controlling one another by inducing the mind to project inferred meaning onto the world.

With the fall of language comes the realization that our supposed goals, like “freedom” and “equality,” are in fact paths to internal sabotage. People use freedom to say anything they want, and equality to defend against accusations that their words are insane, and then bad together with others to support each other in insisting this replacement reality is actually true.

Along with this comes the realization that all civilizations fail the same way: when they get wealthy enough and big enough, they can no longer agree on purpose or what is good, so they set up a “proxy” or symbolic substitute, forgetting that good alone is the target.

Since this symbolic substitute is simpler than the real task, people work the system instead of working toward its goal. This quickly inverts meaning from purpose toward individual advancement, and people become parasitic and predatory, tearing society apart into as many directions as there are people.

As this realization settles in, people are becoming tired of tolerating others. They want another standard, which is to tolerate only what is accurate and real, because only that returns good results and allows us to have purpose, which every society needs.

They are tired of people acting selfishly, and offloading the costs to society at large. Civilization then suffers because it has always advanced through the talents and dedication of a small minority who are compelled to make realistic choices, even when those involve self-sacrifice.

After years of The Enlightenment™ philosophy, which is basically a highly ornamented version of “everyone do whatever you want, and no one can criticize you and they will all be forced to support you,” people are tired of dealing with unrealistic, selfish, solipsistic and emotional reasoning from others.

The catch is that there is no “we” in decision-making; there are only those who know, and everyone else. Knowing occurs in degrees. Among every population, there is a natural elite of people who are both realistic and capable of thinking toward the best possible outcome of the future. These are required to decide what is real because they are more accurate and honest in their thinking than the vast majority. Like all human traits, this follows a “bell curve” where only a small group have enough of the ability to be accurate instruments.

For centuries, the individualistic West has rebelled against the idea of natural leaders, preferring “equality” or the notion that “my ignorance (and inability) is as good as your knowledge (and ability).” We all benefit when the most competent are in charge, and suffer when they are not, least of all because of constant internal friction, competition and infighting.

From this comes a “fash wave,” or a backlash against equality and its political cohorts, democracy and socialism (“economic equality”). People want hard rules that force us back into line, a strict hierarchy, a clear purpose and utter intolerance for the swamp of parasites and predators that are draining our vitality.

This wave no longer fears the extreme; it desires it. It wants to bash down the bad and promote the good in their place. It wants to end the freeloading, free riders and counterproductive people who have had a field day under democracy. Our societies are broke and broken, and we want function again, which requires that we sacrifice our individualistic desire to be judged correct in whatever we do.

Standards, goals and principles are returning. The Bohemian idea that individual self-expression is more important than what is real is dying. This wave has begun at the bottom, namely the non-political individual not vested in the system, but has support from the small business owners and people of authority at the local level.

It is gratifying to see for those of us who have watched the parasites and predators devour everything good, and the bad guys always win, for decades personally and for centuries through our reading of history. We want to thrive again. We are tired of the utilitarian standard that whatever makes “most people” sit down, shut up and keep eating is the best idea.

With this fash wave comes a singular warning: much as proxies for the good lead to bad results, dictators are also a proxy for the good. We need to target the good and use our best people as means to that end. They serve not us, but civilization of past and future through its principles and ethnic group, no matter how wealthy and powerful they are.

The fash wave will first aim to destroy all that is rotten and in doing so, will create a vacuum of power. If we do not have an idea of what we will replace that vacuum with, we will get the default, which is strongmen who work within the idea of motivating masses of people toward arbitrary objectives.

A more sensible goal is to return to biology and to form a purpose based on survival: our subspecies is unique, and must adapt to and master its environment, aiming not for perfection (“Utopia”) but the best possible outcome for the longest possible duration. This requires a more nuanced, specific and heterogeneous solution than ideology and mass motivation will give us.