Are Leftists The Result Of Deleterious Mutation Load Accumulation? 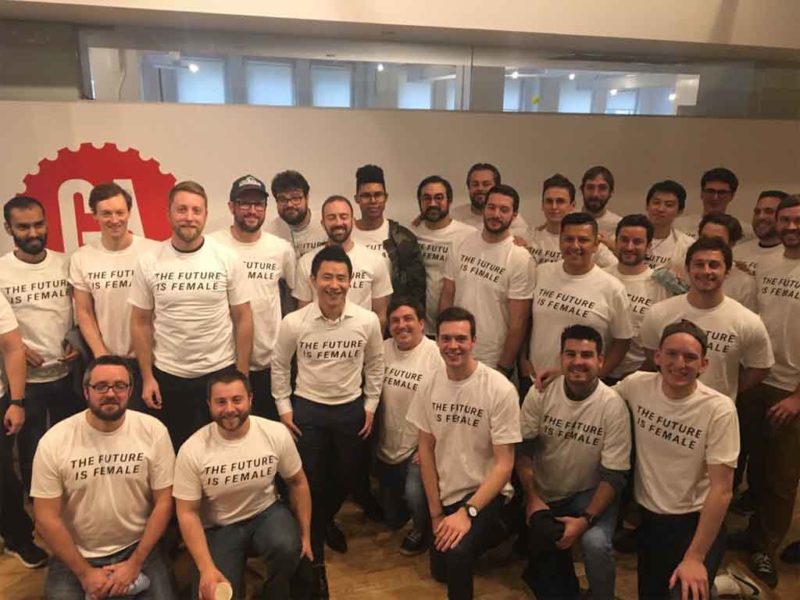 We know that all civilizations decay. We also know that, for human knowledge to accumulate to the point where we can achieve intergalactic travel, we will need a civilization that lasts longer than living ones and also maintains a high rate of genius and output. Right now, we have no method for doing this, which makes us a doomed species.

Over time, civilizations decay from within. This process of entropy takes the form of individualism, or people losing sight of the purpose of that civilization, and instead focusing on their own desires and those of others. That in turn changes people, making them more meek, docile, dumber, slower, and more oblivious.

If we are looking to design a ten-thousand-year civilization as we likely must in order to discover the secrets of distance space travel, we will have to defeat this problem. That in turn requires discovering its cause. Although we know the general process of decay, it takes many forms.

In the West, for example, a rising class of people who made their money from trade and sales enabled this group to challenge the aristocracy, creating governments known more for infighting than unity. This led to a “everybody do whatever they want” mentality as people realized that leadership had failed and that society no longer shared much of a goal other than avoiding the worst of the decay.

That in turn led to class warfare, with the more numerous underclasses overthrowing those above them, and after that an entirely degenerate system composed of democracy and commerce which resulted in people becoming atomized, or focused only on their own convenience. In Europe, socialist systems found another way of doing the same thing.

Recent research shows us another possible cause of decay by showing that conservatives are more attractive and successful than Leftists:

Controlling for socioeconomic status, we find that more attractive individuals are more likely to report higher levels of political efficacy, identify as conservative, and identify as Republican.

Science tells us that people in the past were more intelligent than we are:

The Victorian era was marked by an explosion of innovation and genius, per capita rates of which appear to have declined subsequently. The presence of dysgenic fertility for IQ amongst Western nations, starting in the 19th century, suggests that these trends might be related to declining IQ. This is because high-IQ people are more productive and more creative. We tested the hypothesis that the Victorians were cleverer than modern populations, using high-quality instruments, namely measures of simple visual reaction time in a meta-analytic study. Simple reaction time measures correlate substantially with measures of general intelligence (g) and are considered elementary measures of cognition. In this study we used the data on the secular slowing of simple reaction time described in a meta-analysis of 14 age-matched studies from Western countries conducted between 1889 and 2004 to estimate the decline in g that may have resulted from the presence of dysgenic fertility. Using psychometric meta-analysis we computed the true correlation between simple reaction time and g, yielding a decline of âˆ’ 1.16 IQ points per decade or âˆ’ 13.35 IQ points since Victorian times. These findings strongly indicate that with respect to g the Victorians were substantially cleverer than modern Western populations.

Looking at this through a critical lens, we see that it is likely that our decline is due to more people surviving, which means that those with unfortunate mutations are surviving, lowering our average IQ.

In other words, we are in genetic decline and have been for some time. Contrasting this with the attractiveness data, and incorporating some suggestions that conservatives are more intelligent than liberals, we see a pattern: conservatives are those with the least amount of genetic incline.

Flipping that around, we realize that this means that Leftists have a higher deleterious mutation load than conservatives. This explains their attraction to ideology, in which a single theory is used to explain every other, and their behaviors which demonstrate a desire to tear down those who are naturally gifted.

In addition, Leftists seem to have an obsession with sickness and poverty, as well as a pathology of reading unfair bias — a loss of their social rank through inability to perform — in most challenging tasks or tests. Their manic pursuit of equality demonstrates a fear of being biologically unequal and therefore, penalized.

Leftist obsessions with “better living through chemistry” and material comfort also demonstrate a fatalistic belief that the basic conditions of life will not change, and that the Leftists are born suffering, as if they had mutations which made them more prone to disease and disorders.

Further, one could say that their tendency to look at surface and not structure, especially when doing so in a social context, reflects an underlying fear of life itself because of a lack of fitness puts them at a perpetual disadvantage. The only safe strategy is to ignore substantive differences between people and things, and to focus on surface ones, which can be fabricated by the individual.

The Leftist desire to obliterate sex roles and made the sexes equal might also come from this root. If they are experiencing higher mutational load, their ability to perform as their birth sex may not be adequate, and so they wish for an androgynous role where their mutations are less visible.

Further, their obsession with hypergamy — casual sex, promiscuity, miscegenation, and an end to marriage and family — reflects the mating strategy of someone who possesses unfortunate mutations, which is to breed with as many different people and those who are as genetically different as possible, in an attempt to find one offspring that does not bear the mutations.

It could be that civilization itself is a trap because, through standardization and specialization of labor, civilization makes food, hygiene, and medicine more abundant, which allows more of those with deleterious mutations to survive and pass those on. Since jobs and politics reward those with mutation load traits, like being more sociable, they may in fact outbreed those who do not have these deleterious mutations.