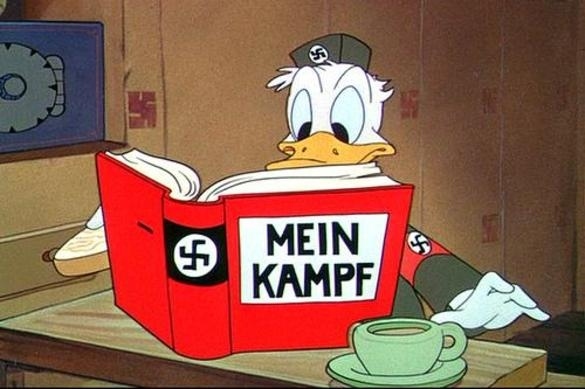 A century ago, humans reveled in a simple proposition: machines would improve efficiency and reduce the amount of time humans would have to spend working. Instead, work has expanded to fill our resources and we work more than ever in less comfortable conditions. What could have caused this complete reversal of expectations, as happens with so many human plans.

The answer appears in the events of 1789. An over-populated lower end to French society, aided by degenerates made into wealthy “intellectuals” by the mercantile wealth of their parents, overthrew their government and murdered hundreds of thousands of people. Ever since that time, governments and individuals have cowered in fear of the terror of the mob.

The mob operates on a simple principle: equality. Mobs united based on the idea that one can be included for simply repeating a slogan, and this requires that all be equally included or doubt fractures the mob. Equality motivates people by making them feel comfortable: do one thing, and be forever accepted and supported.

When humans have inequality, some work less and think more. Their actual work is in keeping their brains optimized to make decisions and then taking time to study and understand the subject matter. A good leader of this sort can save a society millions of man-hours, but they appear unequal to the crowd, who does not recognize what they do as “work.”

As a result, we have done away with any work that is not sold by the pound. Any intellectual work is now enwrapped in layers of regulations, trends, tropes and conventions. It is expected of people that they show their dedication to the idea of work itself. They do this by working just as much as everyone else if not more. That way they can say, “See? I am a good person. I work as much or more than you. You owe me fair treatment because I am one of you.”

The revolution of the workers created a society of workers. No one can escape. If the job is not enough, more details and paperwork can be added. More products can be thrown into the stream. Government can write more regulations or the courts can generate more requirements. Anything to keep us all working and away from another People’s Revolution, which destroys societies and makes life worse for us all.

Conservatives shy away from anti-work. The essence of “cuck” is to accept nonsense as truth, but it extends from that to a kind of shameful tolerance of insane conditions on a daily basis. From this, conservatives invented what makes them hated, which is a pro-work “just keep your head down and work hard” mentality that makes slaves of us all and also keeps conservatives from addressing the fundamental structural problems with our society. And yet, nothing in conservatism says that we should idealize work for work’s sake. Instead, we should favor whatever makes the best society, and all of us being in offices all the time does not do that.

Antiwork writing generally falls under the leftist wing because leftists want any excuse for socialism — reward before performance — that they can create. Conservatives can incorporate antiwork not as an excuse for socialism, but as a means to withdraw from the state. Spend less time doing nonsense, and more time on the meaningful, such as family, culture, spirituality and self-development. This reduces the importance of the State and the prole-run society it endorses, turning our attention to the more serious issues that invoke conservatism by their very nature.