Another Dumb Conservative Trope: “Treating All People As Individuals” 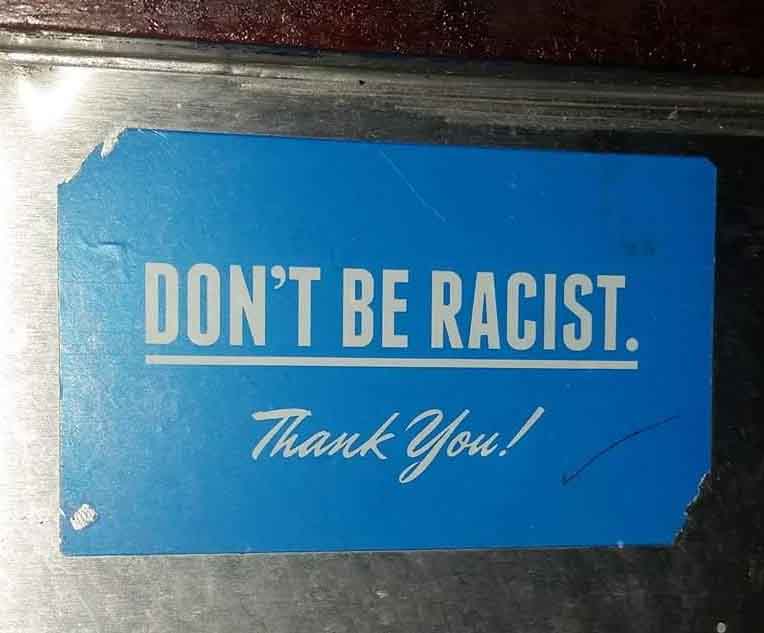 This Martin Luther King Day was quite an irony to witness. Despite the fact that, in our hearts and minds, diversity has died, the great banging of the tin drum had to continue. It took two forms: the underdogs and the people with something to lose.

Since The Renaissance,™ “man as the measurement of all things” has been our attitude in the West, which coincides with commercial interests overthrowing the kings. This happens in every thriving society as the few creative pioneers make something that the paint-by-numbers people who follow could not do, but can exploit.

Man as the measure of all things quickly revealed itself as individualism, or the person who no longer must interact with broader nature becoming content to exist only within a human sphere, manipulating or convincing other humans to do what is necessary for that individual. We might blame language for this, as Tom Wolfe does, but more likely, success is the culprit, as it made reality optional.

In both of those cases, we see the problem of an inverted society: the intelligent are occupied with managing the less intelligent who hold us all hostage with the threat of another revolution like in France, where they murdered a tenth of their population and dropped the average IQ by ten points. None of us want to see our societies fail, so we buy them off with direct payments or easier living.

The easier living people — generally conservatives — still believe in social order. For them, the right thing to do is to neutralize the herd by cramming it into jobs and giving it cheaper housing, food, and services by removing regulation. The Left always wins this competition, because they are the direct payments people and cash in hand is always more compelling than distant cost reductions.

With Trump, the Right made an end-run around this by cutting taxes, thus giving people money in hand by not taking it from them in the first place. If they can pair this with an end to affirmative action, immigration, and the welfare state, they might actually win it from here on out by forming a population around the idea of having less money taken from them. More social order helps too.

Despite all of that, the battle over which type of individualism — underdogs or people with something to lose — we follow. The Left has identified with the underdogs, and the Right with the explicit interests of those who have something to lose, which it summarizes as “freedom,” “individualism,” and of course, meritocracy.

All of those ugly and stupid tropes of last year like “the Left wants equality of outcome instead of equality of opportunity” are related to the Right defending meritocracy so that it does not have to undertake the subsidy state of the egalitarians, and it frequently makes claims about treating people as individuals.

In light of MLK, one such claim has been used to defend against the racial underdog:

Over the past two decades, we have moved away from Kingâ€™s dream in significant ways. King said, â€œI have a dream that my four little children will one day live in a nation where they will not be judged by the color of their skin, but by the content of the character.â€ This does not appear to be the goal of our nationâ€™s efforts against racism today.

Rather, in our troubled time, calling out the inherent and implacable racism of white people has replaced the goal of treating all people as individuals. How far from todayâ€™s damning rhetoric about the evils of whiteness this passage is: â€œThe marvelous new militancy which has engulfed the Negro community must not lead us to a distrust of all white people, for many of our white brothers, as evidenced by their presence here today, have come to realize that their destiny is tied up with our destiny. And they have come to realize that their freedom is inextricably bound to our freedom. We cannot walk alone.â€

This is why white people love MLK: instead of racial warfare, he preached underdogism through pacifism, and the bourgeois mind of the average sleeping consumer and wage zombie loves pacifism because it means they can continue to pursue their own personal interests without worrying about whether civilization is on the right track. Out of sight, out of mind; a good motto for democracy.

Unfortunately, the part of history that we have just seen shows us why MLK’s vision does not work. Diversity never works because different groups have different needs and interests, and no group will be stable until it has conquered the others. White people try to conquer minorities by feeding them benefits on the Left or demanding we all fight for meritocracy and “treating people as individuals” on the Right, but this is a tenuous arrangement.

In reality, people are both individuals and part of a group, and the two form an indissoluble bond. We are the products of our ancestors and genetics determines most of our traits and our abilities; compare your handwriting to that of your grandparents for the proof. Even more, we depend on civilization, and so the form it takes determines our individual fortunes and our degree of existential happiness with our situation.

Diversity is cruel because every group needs to know that it is in charge of itself, will direct its future, and lives under its own standards. That way, each individual fits naturally into how things work and is rewarded for doing right according to the standards of the group. Civilization comprised of one group allows them to do this, but diversity thrusts them into constant conflict and alienation.

Separating individuality from civilization, then, creates a destiny of failure. The two depend on one another much as we as individuals also need family, culture, help from one another, and some knowledge that our world is good and good things await us, even extending into a metaphysical sense for many of us.

Conservatives won when they emphasized social order and pointed out that, among other things, ethnic nationalism and family-centric policies were needed for this, despite being unpopular with the have-nots. When conservatives gave in to the Left in the 1940s-1960s, the result was this horrible notion that we are all atomized individuals dependent on nothing larger than ourselves.

Many blame capitalism for this, but it is more accurate to lay the blame at the feet of democracy and individualism. With the rise of egalitarianism, it was necessary to separate the individual from anything which might rank that individual into a social rank or caste level. This required removing culture, religion, race, ethnicity, and other inner attributes of the individual.

Not surprisingly, conservatives have not found a way to reject this wave of bad thinking, so they attempt to appease it with compromise. This has not worked, equally unsurprisingly, because the two viewpoints are incompatible. MLK’s dream was just that… a dream. Individualism and diversity are both fantasies of the human mind, wishful thinking, and they leave disaster in their wake.