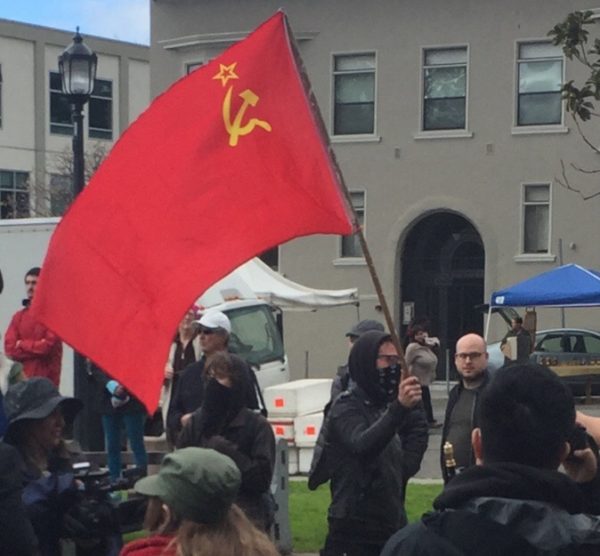 Conservative firebrand Ann Coulter has withdrawn from a planned speech at The University Of California At Berkeley, citing the failure of Young Americans for Freedom to support her:

Conservative commentator Ann Coulter has canceled her speech planned for this week at the University of California’s Berkeley campus after a dispute with university officials, who feared violent protests, over whether a safe venue could be found.

“There will be no speech,” she wrote in an email to Reuters on Wednesday, saying two conservative groups sponsoring her speech were no longer supporting her. “I looked over my shoulder and my allies had joined the other team,” she wrote.

As she wrote poignantly in a tweet a few hours later, “If we had continued to fight we would have won.”

Coulter was originally denied permission to speak by school authorities but vowed to press on. With the defection of Young Americans for Freedom (YAF) however she lost her sponsor at the school, and had no case against Berkeley to defend her First Amendment right to speak in a public forum.

This shows us the problem with conservatives: they are willing to “take a stand,” but not when it endangers them personally, because they are enwrapped in the mythos of personal morality that emphasizes religion, hard work and patriotism but not changing the system as a whole. By approaching the issue as a moral question, and not one of civilization survival, they reduce all issues to questions of personal freedom and therefore, cede the battlefield as to the future of society as a whole.

As fans of history know, the modern Right was formalized after the French Revolution and was formed of, well, cucks. They knew that the old order was better, but decided to accept the assumptions of the winning Leftist side — namely equality — and to try to use those to work toward conservative goals. But when one accepts equality, the only change possible is at a personal level and from a defensive perspective. The idea of re-conquering our civilization and pulling it out of its tailspin is beyond what the browbeaten conservative mentality will accept.

This is why the Alt Right has arisen: we have a mission, which is to restore Western Civilization, which is not limited to the individual. We realize that civilization is an organic entity formed of the intersection between individuals, the group, heritage, principles and future. We cannot fight its decline by demanding the ability to co-exist with the decline; we must go to war against the decline itself.

At this point, even the slowest conservatives are starting to get the message that the Left will not relent until it turns the US/EU into Venezuela, a mixed-race socialist third world society like most of the failed societies on earth.

The question is whether conservatives can get over their individualism, or the desire for personal power that precludes acting toward the renovation of civilization as a whole. This entails risk. But in a do-or-die struggle, risk is upon us, and certain doom awaits on the other path.

Alternate Realities | The Turning Over