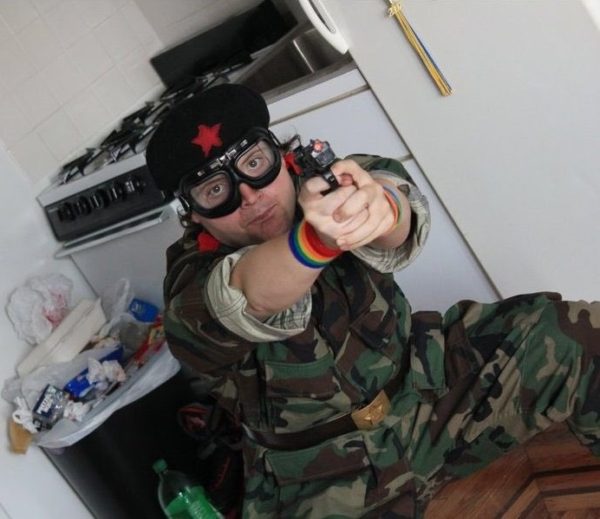 In our present reality, we assume that people mean what they say. In an alternate reality, perhaps a more accurate one, we recognize that the meaning of the words is less important than the social signal being sent. People communicate to others not to express the substance of their words, but to use that substance as a symbol to communicate eternal human needs: friendship, love, lust, violence and belonging to a group.

When we accept that truism, we see that almost all of human behavior is posturing. Humans act to communicate with other humans, not for any direct result of the action itself. This is a side effect of specialization of labor in a wealthy society: it becomes more important to signal social acceptance than to achieve anything in particular, because that is achieved by others far removed.

Unfortunately, because this is more immediately effective than achievement itself, this form of social signaling quickly takes over everything else. Making gestures requires little effort; behaving in a way that achieves results is not only more difficult, but less popular until those results are revealed. Signaling is more efficient than real world action.

Most people are role-playing. They understand what they want to portray, and they act as they imagine someone in that state will act. Their influences come from media and their social group, so they are usually incorrect in how they portray this role. This creates an echo chamber where people act according to how others think they should, obscuring what should actually be done.

This leads to a vicious cycle where people act out, or act in “attention whoring” ways, in order to succeed in their immediate social circumstance while denying the long-term need for actual efficacy. If you wonder why dying societies seem to exist only on the surface, with each person performing as an actor with no concern for the results of their actions, this is why.

In our post-collapse time, a competition for insincerity has emerged which rewards the least realistic and penalizes the most realistic. Image is all: those who appear compassionate and sincere displace those who actually are, and the crowd surges forth to support its latest favorites on the basis of this appearance, then appears bewildered when results do not match expectations.

This insincerity arises from the power of the crowd itself which creates a market for opinions. The crowd rewards appearance, and so those who succeed are those who act the best, which filters out any who are actually sincere and thus unwilling to take on this hypocritical game of play-acting.

We live in an alternate reality where words are used like paintbrushes, and actions, like theater. A crowd will deceive itself in a search for choices which do not require a change in behavior, and so the con men and carnies have their day and everyone of a realistic nature must hide in the shadows. This is the dark organization at the center of “people power,” and we will fail until we rebuke it.