Andrew Jackson and the anti-Cathedral

by Jonathan Peter Wilkinson on February 1, 2016 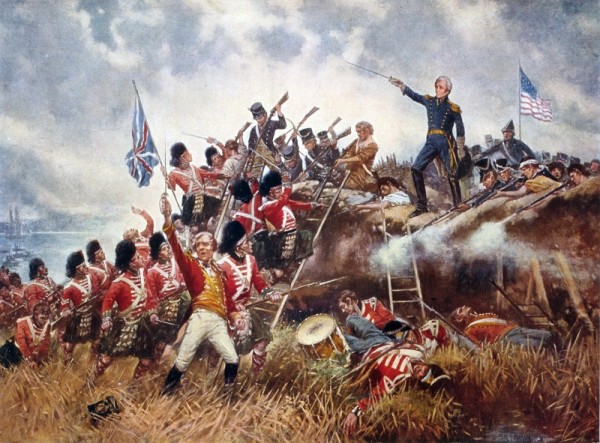 The American Republic was the greatest one ever. It was so because it developed a Tao. There was a complicated and necessary balance between the Libertarian and the Authoritarian. There was another equally important equipoise between the Classical Liberal and The Progressive. Each school of thought had its plusses and minuses. Through rigorous balance, the best was extracted from each and the crack-pot ideas of all were kicked remorselessly to the curb through an almost Darwinian perfection of the civic population. These four forces were famously described by Walter Russell Mead as Wilsonian, Jacksonian, Hamiltonian, and Jeffersonian.

While the mapping isnâ€™t perfect (Walter Russell Mead was writing foreign policy commentary when he developed the taxonomy), itâ€™s not too abusive a stretch to map Wilsonians to Progressives, Jacksonians to Classical Liberals, Hamiltonians to Authoritarians and Jeffersonians to Civil Libertarians. Banish one of these four vectors to the outer darkness and you get a disturbance in the force…

In recent years The Jacksonian portion of this Tao has been banished to the trailer parks of Appalachian Hollows. This has led to the death of honor* and traditional culture in Elite American Society. This, in turn, has led to an unstable equilibrium. To assuage the problematic situation, a rough alliance has been formed between the Wilsonian, Hamiltonian, and Jeffersonian vectors. Curtis Yarvin described this deep state Amerikan Politboro as The Cathedral.

The Cathedral â€” The self-organizing consensus of Progressives and Progressive ideology represented by the universities, the media, and the civil service. A term coined by blogger Mencius Moldbug. The Cathedral has no central administrator, but represents a consensus acting as a coherent group that condemns other ideologies as evil. Community writers have enumerated the platform of Progressivism as womenâ€™s suffrage, prohibition, abolition, federal income tax, democratic election of senators, labor laws, desegregation, popularization of drugs, destruction of traditional sexual norms, ethnic studies courses in colleges, decolonization, and gay marriage. A defining feature of Progressivism is that â€œyou believe that morality has been essentially solved, and all thatâ€™s left is to work out the details.â€ Reactionaries see Republicans as Progressives, just lagging 10-20 years behind Democrats in their adoption of Progressive norms.

The Cathedral is not a stable equilibrium. It is Metastable at best. Think of a Cathedral as a round, perfect sphere on a perfectly flat surface. Absent external forces beyond gravity and the tension balance resulting from the interposition of the flat surface between the sphere and the source of gravity, the sphere remains at rest. Peace is prevalent. The Jacksonians pull athwart the other three. Vectors in tenuous balance. This makes Jacksonians a pain in the butt at best and a destabilizing catalyst to cataclysm at worst. This leads to the Jackson-Hate resplendent in the so-called Obama Administration. Walter Russell Meade explains below.

Jacksonian populism, the sense of honor-driven egalitarianism and fiery nationalism that drove American politics for many years, has never been hated and reviled as often as it is today, and many American academics and intellectuals (to say nothing of Hollywood icons) are close to demanding that Jacksonian sentiment be redefined as a hate crime.

Traditionalism and fiery nationalism bring up visions of green-toothed boogeymen charging up Cemetery Ridge. Jacksonians are the people who can be convinced that they should charge up Cemetery Ridge if that is what honor demands. This instinct sparks a mortal fear in the heart of the Progressive. Here is a catalog of what the Progressive hive-mind views as the sins of the Jacksonian.

I see this guy in the mirror every morning. Heâ€™s somewhat edumacayted having read his Spengler, Virgil (in Latin, under vile academic duress), Marx, Gibbons, Rand (for the comedy gold found in the fornication bits), Nietzsche (As an act of utter masochism) and each and every book of the King James Bible** several times over. He doesnâ€™t have green teeth – even the morning after he drinks the green beer on Saint Paddyâ€™s Day. His sin and the reason he is considered outcaste is that he loves the blood, the soil, the traditions and the heritage that he comes from and lives around each and every day.

The folkways of his nation and region flow through his bloodstream like a sacred lifeblood and no Hegelian Dialectic will ever water them down towards some zombie-like synthesis. He never wanted to be that guy. The one Dostoyevsky subjects to condign ridicule in Notes From The Underground. But every day. Every G—–n day he sees more of it slipping away.

This guy (JPW by Pseudonym) is the least qualified and most unlikely Neo-Reactionary you would ever meet. He was built for a certain time and a certain place in America that got yanked out from under his feet by the vile machinations of this Cathedral. It is against all things ending that he reacts. It is against the final heat death of Jacksonianism that he reacts in Amerika; in particular.

You canâ€™t have America without gold, old AJ. You need him there passed out drunk on the White House lawn the morning after his first inauguration. Take away the Jacksonians and you take away everything good, noble and sacred about the South and the Old West. Take away Jacksonianism and you get Amerika instead. We; the Jacksonians, are Americaâ€™s last, best Anti-Cathedral. Blaspheme against us at your mortal peril.

* Part II of this post will involve a discussion of honor and what America has lost when we lose it.
**-Once reality spiked him off the pavement hard enough to accept this dire necessity.