Where conservatives can learn from neoreaction 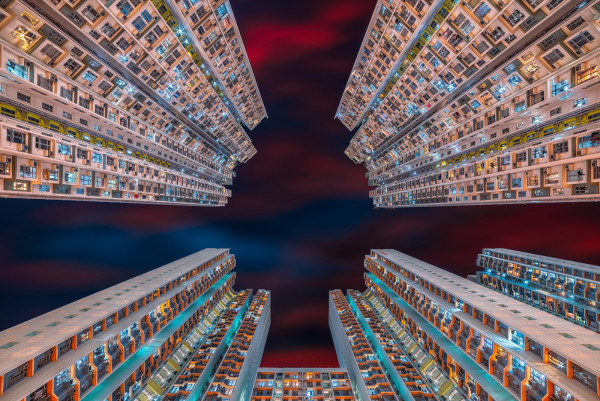 Until recently, the political analysis movement Neoreaction has remained off the radar to most mainstream conservatives, but as we approach vital decision points in Europe and the USA, its influence should be reckoned with. Like the bulk of The Republic, Neoreaction is more a method of reframing issues and looking at what really matters than a strict prescription.

Two particular concepts take on a new meaning when taken together: “exit” and “formalism.” The former is the idea of small secessionist communities withdrawing from the global civilization type of liberal democracy with market-funded socialism, and the second is the notion that government should treat itself as a business and compete on the open market. Together they suggest the idea of competition between societies by type.

This might look like a small island being purchased and turned into a libertarian/capitalist freehold with leadership by strong natural leaders, whether fascist, royalist or as Neoreactionaries often advocate “a national CEO.” Citizens become shareholders in their own society, which is both a strength — accountability — and a weakness, in that it leads to the same problems as democracy since people often act against their own interest, having (per Dunning-Kruger and other theories) diminished ability to understand their actual needs. We can see this in action in our present society where people purchase lesser products like Budweiser out of convenience rather than hold out for what is good. Some of us criticize Neoreaction for its inability to escape the current paradigm but for now, let us look at what exit and formalism offer in terms of geopolitics.

An exit society is a threat to global society. If that exit society offers a better product in the form of lower cost and higher performance, the rest of global humanity will be forced to face the inferiority of its own system of civilization. The competition — or, more accurately, contrast — means that people can no longer tuck themselves into bed at night with the notion that liberal democracy + capitalism + socialism is the best option. Instead, they have a new option, and since they can emigrate and thrive there, globalist society will experience a brain drain.

If you wonder why Leftists are obsessed with universal and centralized solutions, which amount to the same thing, it is that they fear this competition. Leftism succeeds when it seems like the best game in town, but much like heroin use, the benefits decrease linearly at a certain point after having grown exponentially during the early days of breaking free from the old and the wealth that this process liberates. Think of the former Soviet Union: at first, things were bleak, but then picked up with the wealth boom of transferring state assets to private citizens. Then, as new wealth failed to be produced, that society plunged into troubles from which it has yet to emerge.

A competing society would reduce the question of civilization-type to an economic principle. Citizens would be able to see, for the first time, what other options exist, and that would rank liberal democracy + capitalism + socialism in its place as not the best, but somewhere in the middle, above raw tyranny but below an exit society, which in turn would be below a traditional society of aristocracy, mercantilism, nationalism and transcendental goals.

Right now, the only competition for the global order is our knowledge of the past, and this has been adumbrated with Leftist editing of history and broad moral panics (like the SJW epidemic) which deny obvious advantages by concealing them behind political objectives disguised as morality. If we had a working alternative, the bloom would fade from the rose of what we have now, and the fear of leaving what we think of as good for the unknown would be greatly reduced.

I proposed this idea some time ago as Mayberry, or the idea that if we could see a working version of a better community, people would desire that and agitate for it in a way they cannot for many disconnected issues. This is why majorities are so helpless against polarized minorities like Leftists: we do not think in terms of issues, but in terms of wholes. We want a whole society of a different type and politics is designed to break down this thinking and deflect from it.

Conservatives can benefit from this by offering whole solutions. Instead of responding to talking points about healthcare, create a mental diorama of what this society will look like and show people that instead. It is the answer to all questions: we want a different type of civilization, not only because the present one is moribund in a herd of convergent catastrophes, but because our vision suits our existential and moral needs more than what the present could ever offer.