And The George Floyd Bubble Bursts 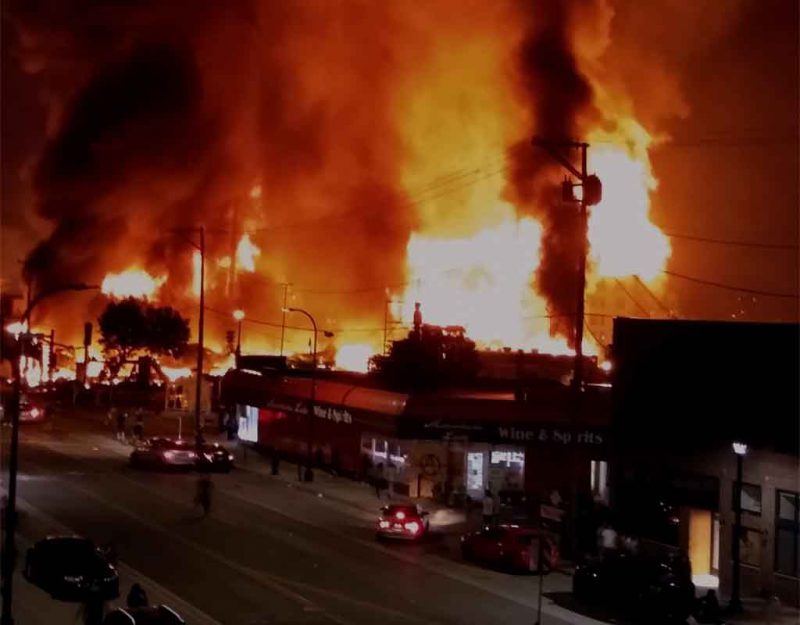 You may have noticed that several days ago, I predicted the outcome of the George Floyd case by saying that he had a heart attack:

It turns out that now mainstream news sources confirm that the kneeling-on-neck had nothing to do with Floyd’s death which was the result of a heart attack, exacerbated by stress and drug or alcohol abuse:

An official autopsy revealed nothing to support strangulation as the cause of death, concluding that the combined effects of being restrained, potential intoxicants in Floyd’s system and his underlying health issues, including heart disease, likely contributed to his death.

Here it is from the Associated Press:

An autopsy said the combined effects of being restrained, potential intoxicants in Floyd’s system and his underlying health issues, including heart disease, likely contributed to his death. It revealed nothing to support strangulation as the cause of death.

This is why the DA did not press charges in the first place:

“That video is graphic and horrific and terrible and no person should do that,” Freeman said. “But my job in the end is to prove that he violated a criminal statute, and there’s other evidence that does not support a criminal charge… I will not rush to justice.”

The public got snookered by an old scam, which is editing video to show something out of context to project a spin which supports the Leftist narrative.

Surveillance footage from the nearby Dragon Wok restaurant does not appear to support the claim that Floyd resisted arrest during the initial encounter. However, there are several minutes where Floyd’s and the officers interactions cannot be seen from the camera’s vantage point.

We have one video of the occupants of the car being arrested and walked to a police car; the next video starts up an indeterminate amount of time later and shows them being restrained. All events between the two are missing and have not yet been made public.

Based on years of seeing American news, my guess will be that at some point Floyd figured out that the shopkeeper had called this in, that he had outstanding warrants, and that he would be going downtown, and either assaulted the police, attempted to escape, or made legal threats against them.

This is why all three of them were sitting on him: he was a big guy raging out of control, and they were going to immobilize him until there were enough police officers there to restrain him and get him into a secure form of transportation, since a big guy out of control can wreck a cruiser and cause a crash.

When the full evidence comes out, these officers will be suing the state and possibly certain actors within it who ordered the prosecution. Multi-million dollar settlements will quietly occur. Chauvin’s ex-wife, who began divorce proceedings yesterday, will find herself losing out on a big score.

However, the grinding death-worship of the white bourgeois middle class fear will continue, and they will pay to rebuild everything destroyed by the rioters. No one will be prosecuted or face consequences. Society will absorb a few hundred million in damages.

A few of those in the know will figure out that these riots were a paid political hit orchestrated by the Left:

Walz said the people producing the violent riots are 20 percent Minnesotans and 80 percent from the outside.

Getting all those people into town took money. Someone funded this. Perhaps the same someones who have been trying to harp on RussiaGate, impeachment, emoluments, Stormy Daniels, COVID-19, and Ukraine needed a new distraction-deflection to try to invalidate the Trump success story.

Taking out Trump may have been the immediate goal, but the Minneapolis race riots of 2020 are part of the ongoing racial shakedown caused by the competition between minorities and the majority that is inherent to diversity. As Tom Wolfe writes in Radical Chic & Mau-Mauing the Flak Catchers:

Ninety-nine percent of the time whites were in no physical danger whatsoever during mau-mauing. The brothers understood through and through that it was a tactic, a procedure, a game. If you actually hurt or endangered somebody at one of these sessions, you were only cutting yourself off from whatever was being handed out, the jobs, the money, the influence. The idea was to terrify but don’t touch. The term mau-mauing itself expressed this game-like quality. It expressed the put-on side of it. In public you used the same term the whites used, namely, “confrontation.” The term mau-mauing was a source of amusement in private. The term mau-mauing said, ‘The white man has a voodoo fear of us, because deep down he still thinks we’re savages. Right? So we’re going to do that Savage number for him.’ It was like a practical joke at the expense of the white man’s superstitiousness.

Every time there is a problem which touches on race, the Left and its pet minorities bring out the idea that its cause was race, reasoning backward that if people are equal, then anyone who is not thriving must have been discriminated against.

They use the threat of their own chaotic behavior to subjugate democracy, its politicians, and the fearful-of-controversy bourgeois middle class voters behind it, who do what they always do which is offer to write a check right away to make the problem go away.

Consequently the ghetto burns down its local stores, the Left vaults itself into more power, and the voters go home feeling hopeful but at the same time, suspecting that something very, very wrong and evil is going on in their society. Then the television comes on and all is forgotten.

In all of this, mostly we should feel bad for the murder hornets, who were about to be the latest media talking point but got displaced by the latest race riots. In the meantime, America and Europe have become tired of diversity, as the lackluster white response to these riots shows.

Is Trump Channeling Machiavelli To Reconquer Minneapolis? | Diversity Is Obsolete