Anatomy of a parasite 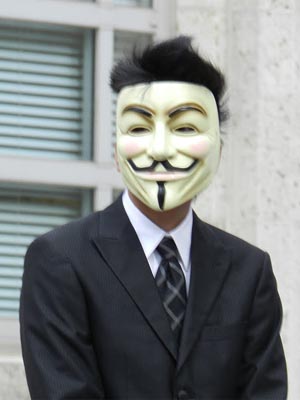 As you read this article, try not to react until you have finished reading it, gotten a cup of tea and sat down with a cookie to nibble, and then thought it through in a systematic and logical factor.

For that reason, you will need to breathe deeply, take this slowly and then proceed as you would if analyzing data in a lab. Read; assess; hypothesize; test; compare; repeat. Match the ideas here to your own knowledge, before you’ve self-censored it to be socially acceptable.

Here it is: much of what you’ve been taught about history is wrong. Instead of an elite few oppressing the masses, the masses in every case have oppressed the elite few. Elite groups improve hygiene, medicine, crop yields and civic life by organized and systematic application of knowledge. This allows the people who are not elite to thrive, and because they have no control over their sexual urges, they procreate at a much faster rate than the elites. At some point they outnumber them, and overthrow them. This is what has happened in Revolutionary France, Russia, ancient Athens, Rome, ancient India, and even in the new world among the Maya, Inca and Aztecs. It is a universal pattern.

Right now, your cities are being occupied by people who claim to be working for justice. Do not listen. They are parasites, working for parasites. They want you to stop drawing a line between competence and incompetence, moral good and moral bad, and even diligence and apathy.

They want everything and everyone to be OK anywhere at anytime. This way, parasites thrive because the host is immobile.

This is not a statement about “working hard.” Working hard is second to working smart. Competence is more important than spending lots of hours grinding away on something. We all know plenty of people who “work hard” for mediocre results.

Occupy Wall Street, like the protests of 1968, are the people who do not work smart because they are incompetent, morally bankrupt and apathetic. These people pursue their own pleasures and ignore long term goals; they’d rather have $5 today than $20 in two days, because they can spend that $5 right now.

Here’s a brief summary of the actual beliefs of the protesters:

[T]he movement doesnâ€™t represent unemployed America and is not ideologically diverse. Rather, it comprises an unrepresentative segment of the electorate that believes in radical redistribution of wealth, civil disobedience and, in some instances, violence. Half (52%) have participated in a political movement before, virtually all (98%) say they would support civil disobedience to achieve their goals, and nearly one-third (31%) would support violence to advance their agenda.

The vast majority of demonstrators are actually employed, and the proportion of protesters unemployed (15%) is within single digits of the national unemployment rate (9.1%) ….

What binds a large majority of the protesters togetherâ€”regardless of age, socioeconomic status or educationâ€”is a deep commitment to left-wing policies: opposition to free-market capitalism and support for radical redistribution of wealth, intense regulation of the private sector, and protectionist policies to keep American jobs from going overseas. – The Wall Street Journal via The Volokh Conspiracy

If we accept the narrative that every Hollywood movie, government pamphlet, and pitying conservation thrusts at us, we believe that these protesters are champions of the victims of a vast and crushing forward motion of “capital.”

That almost makes sense, until you consider that in the past, people blamed their kings instead. In pre-Revolutionary France, advances in hygiene had created a population boom that submerged the available resources. The people were starving because food was scarce, as a result of which the economy had crashed.

They blamed their leaders. Let me repeat that: the people who had caused the crisis by breeding recklessly then turned around and blamed those who were trying to stop them from doing that self-destructive act.

Nevertheless, people continue to believe the old lies. For example:

In other words, in the never-ending tug-of-war between “labor” and “capital,” there has rarelyâ€”if everâ€”been a time when “capital” was so clearly winning.

Put differently, this is the lowest percentage of Americans with jobs since the early 1980s (And the boom prior to that, by the way, was from women entering the workforce). – Business Insider

One way to explain this is to say that they rich have gotten richer.

Another way is to point out the more likely scenario: the rich have gotten less numerous because the non-rich have reproduced and immigrated far more rapidly.

We probably have the same number of wealthy people as we did in 1980. However, because there are more non-rich people, the wealth appears to be more concentrated. Because these vast hordes of people pour money into consumer products, the wealthy are getting wealthier as well.

All of this originates in the population explosion of the non-rich.

Pastor Timothy Keller of Redeemer Presbyterian Church in New York City makes this keen observation: Until the 20th century, most cultures held that having too high an opinion of oneself was the root of most of the world’s troubles. Misbehavior from drug addiction to wars resulted from pride that needed to be deterred or disciplined. The idea that you were bigger or better, or more self-righteous, or somehow immune from the rules that govern others — the absence of humility, in other words, gave you license to do unto others what you would never allow them to do unto you.

These days it’s a different story. Being humble rubs against what millions have been taught under the banner of “self-esteem.” Even as so many of our schools in big inner cities fail to teach children elemental facts and skills, they somehow manage to teach them to feel good in their ignorance. They manufacture excuses for them, form support groups for them, and resist making moral judgments lest they hurt their feelings. – “Humility: A disappearing virtue?” by Lawrence Reed, The Times-Herald

Among the non-rich, there are normal people and then there are leftists. The leftist non-rich do not like divisions between competent and incompetent, moral good and moral bad, those who apply themselves and work intelligently and those who plug away on drudge jobs.

They are essentially parasites who want to use morality to paralyze the rest of us. They want the popularity of an idea to trump its actual trump value, and for that popularity to be used to “make peace” with our population through wealth redistribution.

The past 200 years have shown us that wealth redistribution leads to nothing but misery. Why would anyone advocate it? The only answer is that they don’t care about the consequences of their actions.

This mentality fits in with how Plato described drones, or what we’d now call proles. He viewed them as people who would forego long-term positive consequences for short-term pleasures, appetites and distractions. In his view, they became parasites on the organism of society.

It’s not surprising that every civilization that has fallen has had an abundance of such parasites. They breed more rapidly than good people, and are irrational but vociferous in their demands, leading to them first (a) crushing the economy and (b) using that as an excuse to take over society.

Once they do that, they implement more unworkable plans and the nation spirals downward.

What kind of mentality does a parasite have?

There are no plans, for parasites. Plans are left to the host organism, which is responsible to them for providing nutrients. They want to drink its blood, and then do nothing. This is how parasites think. In their view, their own selves come before the world as a whole. The self is all.

As a result, they do not care about the consequences of their actions or even if they destroy their own civilization. They’ll just move on to another. In the meantime, those who worked their whole lives providing for the host will be left with nothing, and a new mess to clean up.