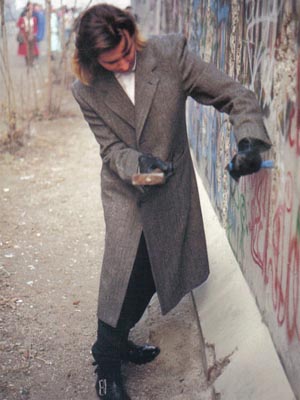 I respect Kevin MacDonald, but I don’t agree with him on a certain topic, which is Jews and Judaism. Many in the far right like to talk about Jews and how they have taken over the world and control it, and how they are the cause of our downfall as a society.

Avoiding impolite words, I have to disagree. Blaming the other is never useful, especially when the attribution is wrong. As pointed out many times on this site, the cause of our downfall in the West is Western liberalism in all of its forms.

Further, we show how liberalism shows up in every society and even every social group. It is a universal tendency like many other mental mistakes, such as parallax errors in vision or confirmation bias. It is one of life’s pitfalls. It appeals to those who are miserable and inept at taking action to fix that situation.

Blaming Jews for liberalism is pointless since the gradual rise of it pre-dates Jewish exploration of Europe, and liberalism occurs in places where there were no or few Jews (ancient Aztec, Maya, Inca, Greek, Roman and Indian empires). Jews are not the problem; liberalism is.

Sadly, liberalism may exterminate Jews if they do not suppress it in Israel. It afflicts all nations, not equally because nothing is equal, but it’s always there waiting — like any other stupid, deceptive, self-pitying or passive-aggressive thought we might have.

That being said, it’s important to return to a doctrine from Kevin MacDonald’s works and take it out of a Jewish/anti-Jewish context; instead, let’s look at this, too, as a universal human trait:

The main thrust of this bookâ€™s argument is that Jewish or Jewish-dominated organizations and movements engaged in a deliberate campaign to delegitimize the Gentile culture of their host nations â€”most particularly the USAâ€”through the twentieth century and that this campaign is one aspect of a long-term survival strategy for the Jews as an ethnicity. In MacDonaldâ€™s own words, â€œ[T]he rise of Jewish power and the disestablishment of the specifically European nature of the U.S. are the real topics of CofC.â€ He illustrates his thesis by a close analysis of six distinct intellectual and political phenomena: the anti-Darwinian movement in the social sciences (most particularly the no-such-thing-as-race school of anthropology associated with Franz Boas), the prominence of Jews in left-wing politics, the psychoanalytic movement, the Frankfurt School of social science (which sought to explain social problems in terms of individual psychopathology), the â€œNew York intellectualsâ€ centered on Partisan Review during the 1940s and 1950s, and Jewish involvement in shaping U.S. immigration policy. – The American Conservative

Barring the fact that I disagree with his analysis as applies to Jews, I think we should look at the nature of a “culture of critique” as a universal human trait with positive applications. It seems to me that mildly sociopathic, or just selfish, people often succeed. I believe one reason is a culture of critique.

When you exist in a society, you can either approach it with deference or arrogance. Arrogance requires you find some reason that it is lesser than your expectations, or deserves to be manipulated. It can be as simple as noticing that most people are brick-stupid and therefore should work in food service or other non-consequential occupations.

A culture of critique, in other words, means that you always seek ways to attack the weakness of your surrounding society and use this to (a) give yourself the arrogance necessary to succeed and (b) to actively and constantly spot opportunity, e.g. places in which the design of society is weak and can be improved.

I can’t speak to the Jewish angle — it’s too far away from practical politics, and too close to failure (note to Hitler: you do not win a war by having people who hate you make your munitions, and distract troops from the front to police them). In fact, I don’t like it at all. Scapegoats are rhetoric not reality.

I do, however, like the idea of a culture of critique. I think those of us who have awakened to see how disgusting, pointless and moribund by design that modern society is should adopt a culture of critique, and use the ensuing arrogance to guarantee our own success at the expense of the rest.

If nothing else, this puts us in positions of power and success from which we can wield greater influence.

Anatomy of a parasite | The art of commentary