An Introduction to Libertarian Beliefs 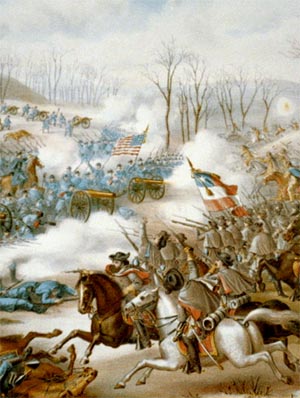 Interest in libertarianism has been rising, but the major problem anyone new to libertarianism finds is that there’s very little real information about it. There are plenty of charming political pieces extolling its virtues, but very few clear summaries of what it is.

Before we can explore libertarianism, we need to look at modern politics by their two parts:

Libertarianism attempts to address both forms through the idea of the individual as an autonomous agent who can behave in responsible self-interest.

The basic atom of libertarian ideal, “liberty,” means that individuals make all choices for themselves. Government does not tell them how to think, and interferes with their lives as little as possible.

While this means they are free of government control, it also implies a form of Social Darwinism, or the idea that society does not need to subsidize its poor, insane, criminal, and minorities. It needs only provide a meritocratic system where they can be free.

As a psychological outlook, libertarianism embraces a concept I find very healthy, which is that anything you desire in the world needs to come from your own labor, and that you should not expect the world to be fair or others to fix it for you. In the libertarian worldview, if lightning hits your house and wipes out everything you own, it’s up to you to find a way to fix it. If your boss is a tyrant, it’s up to you to find a new job. This is the “dark side” of liberty: you’re on your own.

Much of the impetus behind libertarianism, which got its start in the turbulent 1960s, comes from middle class people wanting to get government out of the business of regulating its citizens, as it inevitably takes money from the productive and shifts it to those who are having trouble, while making rules that limit those who are doing well.

In addition, libertarians often came from an economics background and recognized a simple truth of governments: free markets, while they seem to reward big corporations, tend to keep money moving quickly through the economy, which enables other people to seize it and use it to make more money.

Further, markets tend to dump money toward the top of the wealth/influence scale, where it is spent in proportionately large chunks on infrastructure items like raw materials that can be converted into future sources of wealth.

Big chunks mean faster money; governments, on the other hand, tend to do popular things like hand out relatively small chunks of money to individuals, who then spend it at the bottom of the economic food chain on consumer goods (groceries, appliances, cars, electronics, fast food, booze), which do not generate future value. Small purchases mean slow money.

Central to libertarianism is the notion that the individual as an atom, or free agent addressing a small range of problems, moves more quickly than a centralized, bureaucratic, top-down government or command economy (economy where government defines the goals and reward structure based on policy). The individual in liberty is a bottom-up organizational system which is more flexible than any bureaucracy, which is why the free market for all its disadvantages is preferable to a bureaucracy.

Libertarians note that socialist and communist societies, which are built on command economies, tend to move more slowly and slow the passage of wealth through the society, which causes as its consequence an economic lethargy that none escaped in pure form, with the most notable being the Soviet Union.

On economic grounds, libertarians also tend to oppose National Socialism (Nazism) for having a command economy, but are often silent on Fascism, since it shares many of the same basic assumptions about the motion of money through an economy and the necessity of dumping wealth at the top of the economic food chain.

The primary social impulse behind libertarianism is a desire to get away from the “Nanny State,” or well intentioned government that helps those who are not succeeding, and to keep those who are succeeding — and providing the flow of wealth through the nation, like a beating heart — from losing that economic mobility to taxes and obligations to the poor or “disadvantaged.” When money is kept in the market, it moves quickly; in the hands of government, it slows down and dissipates.

A good deal of libertarianism can be viewed as a middle class reaction to socialist revolution. Let’s look at how Plato describes class war in a democracy:

Now in a democracy, too, there are drones, but they are more numerous and more dangerous than in the oligarchy; there they are inert and unpractised, here they are full of life and animation; and the keener sort speak and act, while the others buzz about the bema and prevent their opponents from being heard.

And there is another class in democratic States, of respectable, thriving individuals, who can be squeezed when the drones have need of their possessions; there is moreover a third class, who are the labourers and the artisans, and they make up the mass of the people.

He’s describing how the middle classes who are “squeezed when the drones have need of their possessions” become “downright oligarchs in self-defense,” meaning that they turn toward a form of social Darwinism that cuts them free from any perceived obligation toward those who have less than they do.

You can see how this process, in the turbulent 1960s as the Cold War raged against a socialist totalitarian state, might be appealing. When a socialist revolution starts, wealth is re-distributed and results in the collapse of a nation; one simple fix is to get government out of the business of “fairness,” and instead to let nature solve the problem through competition, with the best rising, and the unsuccessful not being subsidized — which hampers their ability to wage socialist revolution.

Many libertarians derive inspiration from Ayn Rand, who sought a political system that was the inverse of socialism. However, her grasp of philosophy was shaky and so most experienced thinkers find her “objectivism” to be dubious at best. A better thinker might be the defender of Social Darwinism in its purest form, the feral Nietzsche.

Libertarians in the Tea Party

Much of the interest now comes in the form of a middle class revolt in the United States. Having watched government spending on citizens — entitlements, welfare, and social programs — become the most radically expanded category of government spending since 1945, the middle classes are perceiving that wealth transfer is happening.

Unfortunately for them, it’s occurring away from the productive middle classes and to the poorest citizens, who because they spend much of their income on entertainment, are benefitting the “new oligarchs” in media, Hollywood, and internet businesses — but not traditional manufacturing, agriculture and finance. This is the new face of class warfare: the ultra-rich and liberal, allied with the impoverished, against the middle classes.

As a result, many of the middle classes see “creeping socialism” occurring in government, and want to cut it off at the root by severing the umbilical cord of guilt: they want to remove the idea of obligation to those who have less, and replace it with the idea that giving liberty to each citizen is more important than trying to make each citizen solvent.

The middle classes do not want others to be able to point to them and say, “They have more than us, so should give us some.” As the fall of the Soviet Union, and the bankruptcy of European Socialist states, shows us, this is not merely a self-interested proposal. It is also cold, hard economic sense.

Socialism by subsidizing those who are not succeeding takes money out of circulation and dumps it into slow and non-essential industries like fast food and entertainment; it enriches slumlords, but impoverishes manufacturers of high-end, cutting-edge goods. Further, it produces a population explosion among those least capable of contributing productive labor, which is a death-spiral for any civilization.

Relationship to Anarchism and Classical Liberalism

The most common question asked about libertarianism is whether it is conservative or liberal. The answer is both, but that requires us to backtrack through history.

With the rise of the modern liberal democracy in France and the USA in 1789, the old political terms became obsolete. The shorthand of the French lives on today: left-wing and right-wing, which referred to where the politicians sat and thus, their friendly alliances.

However, leftism won in 1789, which put the rightists in a defensive position. From this, conservatism was born, or the idea that we should “conserve” the good elements of the old, including culture, customs, heritage, values, religion and other things that the revolutionaries might see as “outdated.”

Over the centuries, conservatism has increasingly become a subset of classical liberalism, which is the idea that the freedom and equality of individuals is the best means of governing (a form of utilitarianism). With the defeat of Nazi Germany in 1945, no political philosophy that is not based in classical liberalism has been active in any way in the mainstream.

Libertarianism is no different. Its basis is classical liberalism, or the equality and freedom of all individuals. Its methods, while similar to anarchism, temper themselves with a belief in markets and thus some form of social order, albeit an indirect form of control — individuals are regulated by self-interest more than rule of law. Some see it as a form of “anarcho-capitalism,” or using capitalism as the social order to regulate anarchy.

As a result, it makes sense to classify libertarianism as leftist more than rightist, with one caveat. Much as Christianity is a religion full of basically liberal ideas that is embraced by conservatives, libertarianism is a liberal ideology that appeals mostly to conservatives. This is because religiosity and belief in a social order outside of government are both conservative traits, and anathema to liberals.

In order to attempt to reconcile the split between its conservative audience and the much bigger potential audience of liberal-minded people out there, libertarians began in the 1970s to restyle their beliefs toward a leftist-friendly outlook that talked about “lack of coercion” and a “non-aggression principle.”

The feeling by most who have read any depth of historical data is that these are fond notions that exist to appeal to voters, and will not survive any real-world encounters with modern politics or the irrationality of other citizens or nations. In an age of serial killers and nuclear proliferation, they seem dated.

While the results of this gambit remain to be seen, it is worth noting that Ron Paul succeeded best in his campaign when he stuck to hard facts and infrastructure design, and lost ground when he talked isolationism and anti-war rhetoric. This at least explains the failure of his candidacy better than a search for the conspiracy that kept him down.

It is the opinion of this author that the “non-aggression principle” will increasingly be seen for the shallow marketing that it is, and rejected by libertarians among themselves if not entirely, because it has both (a) alienated conservatives who see through it and (b) failed to attract the thronging masses.