On the Much-Hyped Tea Party Victories 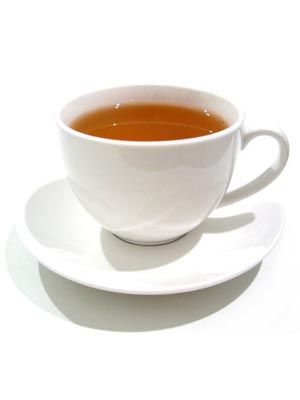 Like many in American politics, I find the Tea Party refreshing for the following reasons:

All of these are good things. Electing people who seem unqualified, or prone to extreme statements that don’t quite correspond to reality, is not.

In politics, there’s a cycle where a political party gets elected on a mandate from its citizens, and if it does not fulfill those, gets voted out. That cycle has picked up with the election of Barack Obama.

Tea Party candidates who behave oddly, are ineffective or (worse) become politics-as-usual will not only hurt the Tea Party, but split the Republican vote and swing the voters back toward Democrats.

Party allegiance is not enough, Tea Partiers. You need to be effective and to uphold the principles, amorphous as they are, on which Republicans and the Tea Party intersect.

Even more, you need to stop fiddling while Rome burns. Right now, American politics seems simple. But we have looming problems on the horizon.

The more than $13 trillion the nation owes — about $43,000 per person — is casting a long shadow over this year’s election, fueling the tea party movement for a smaller government and increasing voter anxiety about the future. – Newark Advocate

Since the 1950s, the biggest increase in government expenditure has been social programs (“entitlement”), like schools, welfare, drug abuse counseling, and so on. These need to go, because we cannot cut the military and stay a superpower.

However, the answer isn’t as simple as cutting programs, abandoning any interventionism in foreign policy, and letting go of the reigns on domestic discord:

The fact is, the American story is not just the story of limited governments; it is the story of limited but energetic governments that used aggressive federal power to promote growth and social mobility. George Washington used industrial policy, trade policy and federal research dollars to build a manufacturing economy alongside the agricultural one. The Whig Party used federal dollars to promote a development project called the American System. – NYT

We have more debt than we can hope to pay. Even more, we inherit a divided nation. We have continuing religious and ethnic strife; class warfare is heating up; our currency is declining; pollution remains an issue, as does high crime and corruption.

As humanity’s numbers have surged, and our industrial capacity has increased, we also face a new situation worldwide. Oil reserves are declining; pollution is increasing; population is skyrocketing; religious and ethnic strife seems the norm worldwide; our antibiotics have created “superbugs”; and not last of all, climate change (whether AGW or not) is helping push us to a tipping point.

The Green World That Never Came | An Introduction to Libertarian Beliefs