by Jonathan Peter Wilkinson on November 6, 2019 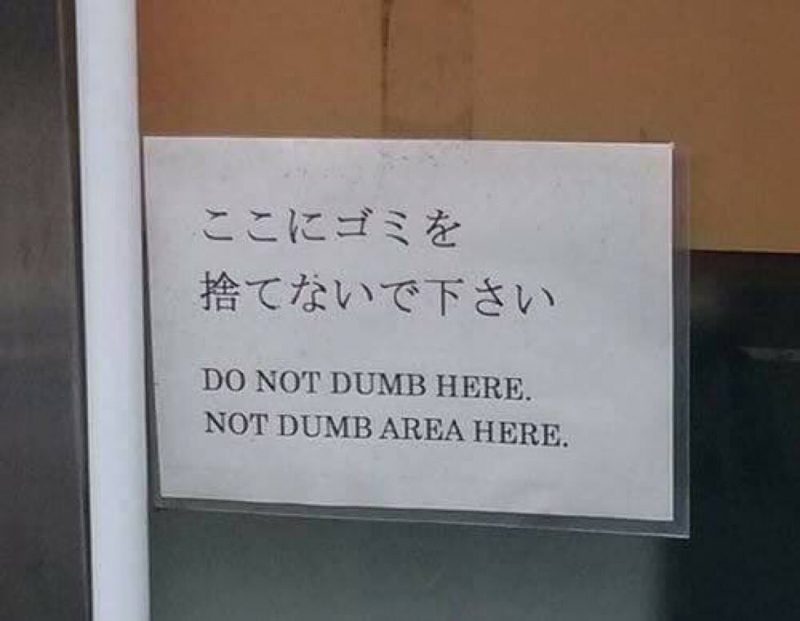 Cartels consist of really bad, mean, evil and viscious people. They sell bad and unpleasant things at ridiculous rates, they own a coercive monopoly, and they charge people a protection fee just to maintain what property they consider their own. The ill-gotten gains of this activity are then spread about to buy continued coopertion in the racket. Sometimes these people don’t even work for the government, and their methods can get somewhat extreme.

First, let’s be clear: this isn’t just about drugs. The cartels will traffic in anything that makes a buck. Most recently, they have cashed in on the rush to smuggle illegal aliens across the U.S. border. A report by RAND, for example, estimated that in 2017, the cartels made almost $3 billion dollars from human smuggling. To repeat: the problem isn’t drugs—it’s the cartels. These criminal networks aren’t just limited to the Western Hemisphere. Cartel smuggling networks extend to Africa, Europe and Asia as well. These gangs aren’t just smuggling operations; they are diversified enterprises. They engage in every manner of criminal activity from murder-for-hire to kidnapping, extortion, fraud, money laundering, car theft and on and on. Their avarice, braveness, ambition, and unconstrained violence would awe Al Capone.

The bunch they’ve got down in Mexico sound like they are only one or two banksters short of a Federal Reserve. Obviously, civil society should do something about the problem. Fox News revs up for the Jihad below.

President Trump has offered to partner with AMLO in fighting the cartels. AMLO should take him up on the offer. He won’t find a more resolute battle buddy. These two, very different leaders have proven they can work together. They have pressed for approval of a new trade deal. They have worked together on border security and refugee policy. They can do this. Trump and AMLO can go down in history as the leaders who broke the back of the cartels once and for all. AMLO should go for it.

In about five more years, this may even be sensible and necessary. It all depends on how bad procrastination makes this problem once we get around to procrastinating. When you have a nation that you are invested in, you can’t just let a bunch of pirates sail off with the booty like Captain Hook. You have to do something about the problem.

In fairness, it’s not as if Donald Trump isn’t willing to try. He would prefer to deal with the cartels the way Emperor Hadrian chose to deal with the Picts and The Scots. Build the wall, set the boundary, and disavow responsibility for all the takes place out beyond The Pale. Aside from my mixing of British Isles metaphors, there are other critiques that have been leveled at this policy.

These critiques are based on the assumption that being open and diverse will improve things rather than confuse and degrade them. If you are close to being a zero, and openness and diversity, will improve things. They create an awesome target-rich environment for a looter or a thief. If you have something worth preserving, you understand why Hadrian was considered one of the Five Good Roman Emperors.

But again, even the debate over building the wall misses some very important points. Is there something better within the battlements worth fencing out the barbarians to preserve? I like to still think so, but it gets harder to differentiate. As we diverify, we diworsify and the diversified common denominator gets lower every passing year.

“Every American family needs to open The Nation’s Report Card this year and think about what it means for their child and for our country’s future. The results are, frankly, devastating. This country is in a student achievement crisis, and over the past decade it has continued to worsen, especially for our most vulnerable students. “Two out of three of our nation’s children aren’t proficient readers. In fact, fourth grade reading declined in 17 states and eighth grade reading declined in 31. The gap between the highest and lowest performing students is widening, despite $1 trillion in Federal spending over 40 years designated specifically to help close it. “This must be America’s wake-up call. We cannot abide these poor results any longer. We can neither excuse them away nor simply throw more money at the problem.

This is hard-headed reality. Betsy DeVos now identifies as Dumb Old Dad. We should respect this. It’s her choice and her body. The only problem I’m seeing here is that the reality isn’t hard-headed enough to break through the narrative-buttressed wall of ignorance surrounding why Amerikan Schools get pulled into the suckage field the way The Millennium Falcon got sucked on in by an Imperial Tractor Beam.

Education is something none of us genuinely want to experience. You typically don’t learn it the easy way. There are things we’d like to know more about, and these we’ll generally pursue for a period of time commensurate to our attention spans as human beings. A thorough education depends upon standards, that enforce upon us behaviors; that we would otherwise never voluntarily choose if we were just handed a menu. It’s not for nothing that the tough guy about to pound someone’s butt like a snare drum tells the target of his wrath “I’m gonna’ teach you a lesson!”

Any enterprise dependent upon standards withers upon contamination by diversity. You can’t have any homogeneity of standards that won’t eventually offend a bunch of the homos. If you can’t agree upon a mutual body of knowledge without offending all the idiots, you are thereby limited to what an idiot can grasp and comprehend. If you peruse the idiots’ report cards, you’ll quickly discover they don’t quite kill it the way the Sinaloa Cartel mows down the Mormons. Amerika’s latest national report card is about the academic performance you could reliably predict from a moilsome gallimaufry of mouth-breathing, genetically-defective, swirlturd diversitards. No Amerika, that extra chromosome isn’t giving you an unfair advantage over the smart and motivated Asian kids.

So what is the point of sending these psuedo-sapient spawn to a prison school that frikking hates most of them anyway? We could give them the same dosage of Lithium at home and save the bus fleet fair wear and tear. What sort of organization would operate in a cruel, self-regarding, and uncaring fashion like our Managerial State? It would be the sort of thing that you could expect from a criminal enterprise. Like a Teacher’s Union in Chicago or some other cartel.

So back to our original plight. The Mexican Cartel-In-Charge is faced with fulsome and toothy competition as to who gets the spoils in TJ. They’ve apparently taken the Roofie instead of The Red Pill. President Obrador has already lost one military confrontation with the buggers and is reacting the way a hopeless prisoner would in an ISIS rape camp. He decides to lay back and hope the infernal impulse eventually subsides into exhaustion.

So let’s say The Donald decides to actually save him. Our Cartel would sure beat up their cartel. The Sacklers would no longer have to worry about El Chapo as some sort of unfair and unethical competition. We could then, just maybe annex the rest of Mexico and have an endless Reserve Army of The Unemployable. Building that wall across the Isthmus of Panama is cheaper by far than having it parallel El Rio Grande. Maybe we could just widen the canal fifty feet and build the moat instead.

But at the end of the depressing and heartbreaking saga, democracy would still be our drug. Diversity would remain our sarcoma. Our nation would still not be a nation. The Managerial State would still remain a cartel. Bribe them enough in taxes, and they’d behave more nicely than El Chapo with a chapped ass. Then we could just all chill out and enjoy the decline.