All the cool kids 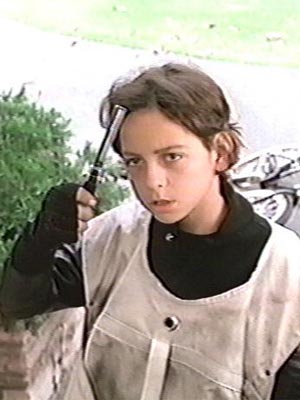 “All the cool kids think you’re wrong.” Doesn’t that sound immature, perhaps amateur, or even pathetic?

Yet it’s still the most popular and most effective technique for manipulating people.

It works because it is all implication. It can’t be tested; you have no way of knowing what everyone else thinks unless you ask each one and they’re honest, which almost none will be if they know there’s a social penalty for having the wrong ideas.

Put into other terms, they’re trying to fake you out. It’s no different than one shepherd saying to another, “You’d better make sure your sheep sleep on the north side of the hill, or in the night Ba’al the vengeance god will take your soul!”

That primitive superstition is still with us. Not only did it not go away, it just got better — better at being deceptive. From that seed, the superstition flowers into two types in the modern world:

All of the above make good fodder for controlling people without ever touching them. All we need to do is scare them well with the threat of dying alone, or with some statistic that makes them feel like death is upon them, and they’ll be too afraid to point out the obvious or defy our OfficialTM dogma in any way.

The best thing about this control method is that it’s all implication. No promises are made, only implied. There’s no penalty for getting it wrong. “When we said that eating burritos causes cancer, we were just mistaken. No one’s fault, right?”

You can see the social manipulation in many forms:

And here they’re using it on a group of college-age kids attempting a political activism group:

Events like those â€” and the group’s first national conference, scheduled next month in Washington â€” are designed to attract attention to YWC’s defense of “Western culture,” which it defines as “the social norms, values, practices, and high culture of Europe and those places settled predominantly by the peoples from that area.”

Liberal groups like the SPLC contend that language like that is white nationalist code â€” rhetoric calibrated to sound non-controversial to potential mainstream conservative donors while sending a message of solidarity to right-wing extremists.

“They try to look as though they’re a version of the College Republicans â€” that’s the face that they present to the world,” Beirich said. But for those “in the know,” she said, the message is that “white people are superior to other groups, smarter, more democratic, less criminal.”

Contrary to some media reports â€” and there have been many, because the group is very good at attracting media attention â€” the SPLC has not listed YWC in its compendium of “hate groups.” But Beirich said her organization does consider YWC to be “the most far-right college group” in America, “much more to the right than any other college conservative organization.” – MSN

Let us imply they are a hate group but — wait — we won’t come out and call them a hate group. We just want to spread enough doubt, fear, uncertainty and shame so that they die alone. Or at least get ignored.