Bet they double-park too 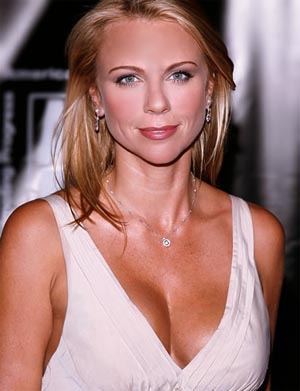 Onward we go, looking for heroes that don’t exist. Or rather, making heroes — in a universal sense — out of people acting in self-interest.

In the recent Egyptian revolution, we deposed a tyrant who kept stability and replaced him with a rabble that is likely to favor attacks on Israel, upsetting the fragile peace in one area not wracked by warfare in a region defined by it.

We’re projecting our own narrative onto these people. What to us is a glorious people’s struggle for liberation from the forces of tyranny is, to them, a chance to pay fewer taxes and have an Islamic caliphate in Egypt. Freedom and all of that hooey was just there to justify it. Kind of like that childhood moment where you try to argue that you’re stealing cookies to help your sick puppy.

As a result, we make angels out of some rough characters. Clearly we did it in Pakistan, and have done it with the rebels in Libya, and also in Egypt. That’s not really surprising since we equally lionized the French and Russia revolutionaries until we found they were murdering bastards without a plan. (If you’re a murdering bastard, and you make things better in your wake, no one will care. Hint for murdering bastards: have a constructive plan and history will forgive you.)

I bet they double-park too.

In her first interviews since she was attacked two months ago, Logan, 39, a South African, said the first hint of danger came when her Arabic-speaking interpreter heard words in the crowd that made her worry for her safety while working on a programme for the US network CBS. The interpreter advised the team to leave but before they could, several hundred men separated her from her team and swept her away.

Men groped and beat her body. “For an extended period of time, they raped me with their hands,” Logan told The New York Times. “What really struck me was how merciless they were. They really enjoyed my pain and suffering. It incited them to more violence.” – The Independent

Someone explain to me how that’s related to overthrowing tyrants.

It sounds more like the thronging mob after a sports event, or looting during a national disaster.

Wait, you mean these brave People’s Revolutionaries might be driven by hatred?

It’s possible they learned it from our liberals, who in addition to celebrating those French and Russian murdering bastards, can’t wait to repeat the process:

Two weeks ago, when Hosni Mubarak still ruled his country at least titularly, Logan was detained by Egyptian police and expelled from the country. As BusinessInsider.com reports, that prompted HBO’s lefty unfunnyman Bill Maher to make the following joke: “New rule: now that Hosni Mubarak has released Lara Logan, he must put her intrepid hotness on a plane immediately. In exchange, we will send Elisabeth Hasselbeck.”

Hasselbeck is the token conservative on “The View,” a daytime chat show. BI.com reports that she responded to Maher’s jape with “an angry rant” on the Feb. 7 episode of the program:

“Notice how the audience laughs,” said Barbara Walters, indicating that Maher’s comment was a joke.

[Hasselbeck said, referring in the second person to Maher:] “You can hide anything in the cloak of a joke. It is unfair. It is chauvinistic what you said, and you’ll probably run this again, and I find it disturbing–but also amusing–that I happen to be on your mind.”

“It is wrong to do to any person, any woman, who just happens to disagree with you. You obviously missed the call of civility from our President Barack Obama, and you were on the other line with ignorance and hate.”

Walters said: “I’m not sure it’s about women–well, it is to women–but I think it’s your politics.”

Perhaps without meaning to, Walters gets to the heart of the matter. As with the deranged hatred of Sarah Palin–whom PoliticsDaily’s Suzi Parker manages to blame in part for the attack on Logan!–left-wing politics too often serves as an excuse for, and a spur to, the expression of misogynistic attitudes. – WSJ

There’s a lot of hatred there. Conservatives are mean people — and I bet they double-park, too!

It’s the same type of hatred that propels revolutions. Sure, Mubarak may have been far from ideal… but every country gets the government it deserves. In Egypt, Mubarak was a force of stability in an otherwise unstable place.

They’re getting ready to stop enjoying peace and make war on a superior army:

National Union MK Michael Ben-Ari wrote a letter Wednesday to Shaul Mofaz, chairman of the Knesset Foreign Affairs and Defense Committee, urging the government to convene an urgent discussion on Israelâ€™s peace treaties with its neighbors.

â€œMubarakâ€™s ouster from the Egyptian leadership revealed the hostility towards Israel of the Egyptian people, most of whom hope to see the treaty annulled,â€ Ben-Ari wrote.

â€œBy a margin of 54 percent to 36%, Egyptians say their country should annul the treaty with Israel,â€ the survey by the Washington- based group said. – Jerusalem Post

Is this why we have revolutions? So power can pass to the lowest-common denominator?

Not just Russia, and not just France, but a history of revolutions worldwide shows more Maos and Pol Pots than George Washingtons.

We in our comfy apartments in the West, feeling bad because our lives have no meaning (culture, religion and non-dogmatic intellectual activity long departed), tend to project our own narrative into these new revolutions.

“Man, I wish my life were so simple it was me versus the totalitarians! I’d have a clear mandate to act out my pent-up rage and destroy some stuff, maybe grope a news anchor or two, and I’d still be a hero!”

And like broken film projectors from 1940s Hollywood, we cast that narrow looping series of images upon them, time and again.

Then they receive our blessings, and our weapons, and destroy and maim and “rape with their hands,” and then for a brief movement both groups wake up and realize the lie, but then shake that thought from their heads, knowing it invalidates everything we have left to live for.

All the cool kids | The Greatest