Africa To Exceed America By 2050 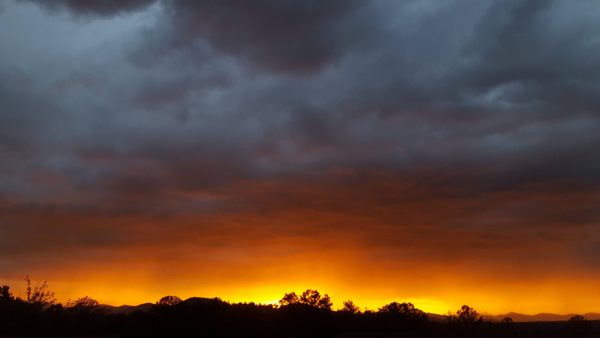 South Africa and $current_year America have many parallels; in particular, the latter is following a path to becoming the former, and will then rediscover what people there found when a Leftist diversity-oriented regime replaces a thriving society, making it into a wasteland.

Understanding South Africa requires seeing its in an African context, which is different in many ways from the West. Where the West is a first world society degenerating to third world levels, Africa is mostly a third-world society which has moments of first world interaction.

The Global Competitiveness Index puts America and various African countries on a single index, whereas it actually requires two indexes. Western peoples think that they can use the same yardstick as they would use for themselves to engage Africans, but this has led to inexplicable historic outcomes. (Imagine a â€œknightedâ€ Mugabe for instance.)

Instead, whatever happens in Africa should therefore be categorized by:

For example, external forces wanted Mandela to rule the southernmost country in Africa, while internal forces just wanted money (and running a country is not part of â€œmoneyâ€ though, because, what are borders again?).

A general characterization of African â€œruleâ€ is that it is strategically focused on power. In the Western sphere we know that power corrupts, even that power is tragic as described in the biography of Tony Blair. A tragedy currently re-enacted by Hillary Clinton while it is no different in dark Africa (think about the “Big Men” in Africa).

When you notice a few protests in America, think that Africa is beset with thousands of protests such as here and here where the reasoning in all cases are flawed. All protests actually relate to some powered conflict also visible in political assassinations.

The longest South African mining worker strike in its history happened ten years after Mandela came to power and as it happens, the newly emerging labor union AMCU causing it, was supported by a newly emerging â€œpoliticalâ€ entity called the EFF both of which were supported by George Soros and the British Monarchy.

The background provided above demonstrates that although Western NWO elites â€œputâ€ Mandela in the Presidential seat, it now transpires that his governmental progress has failed â€œdonorâ€ expectations, resulting in financially stimulated protests, strikes and even a new political opposition.

The current state of Western exercises in Africa relates to various trade agreements with the EU and US such as the AGOA. However, trade agreements are also applicable to BRICS countries in a South-South Agreement.

The US has an Africa strategy described by the Bureau of African AffairsÂ  also providing information on AGOA and â€œtravel warningsâ€. The US Embassies (like other embassies), provide Trade Consuls advertising American products to local distributors.

Since western countries financially supported â€œdemocratizationâ€ of various African countries, they generally demanded payback in terms of Governmental procurement contracts. In the Mandela case, America received a nice gold stash; Britain received a large defense equipment procurement contract while France still waits to provide heavy airlift military aircraft. In the near future Russia will be rewarded with the procurement of nuclear power stations.

In terms of the vast mineral resources of South Africa, it is well known that the large contingent of mining labor affects the countryâ€™s well-being. Â The Chamber of Mines consisting of multi-national Corporations, controls (by definition) life in Africa to a large extent. The person referred to in the article as â€œTrevor Manualâ€ is a Rothschild representative in Africa.

The further connection is that the Reserve Bank also belongs to Rothschild. The way they exert pressure on the Mandela government is through rating agencies such as Moodyâ€™s. The international implication of having this â€œinfluenceâ€ is that South Africaâ€™s inflation rate never drops below 4%. This gives American institutional investors a â€œpiggy bankâ€ to always do better than any Western savings account, by investing in the local stock exchange. In the short term it is good for local shares, but in the long-term it destroys the middle class because inflation is always more than 4%.

It is clear that Africa has to suffer two strong and one mild external influence. The strong Western influence is a coordinated effort between the US and Rothschild while the other equally strong Marxist influence emanates from Russia and China. The mild influence is a cucked Europe trying to appease the â€œnobleâ€ black man with donations in exchange for tourist â€œsafaris.â€

China has been an interesting competitor for external exercises. Their intention is not to influence via corruptive enterprise as such, but their apparent objective is to find place and space for their own people. For example, their criminals are â€œgivenâ€ to Chinese construction companies in Africa with the promise that they can â€œstayâ€ afterwards. They will also carefully evaluate a country and extract any novel capability back to China. In South Africa they extracted entire gene pools of African goat and ostrich because those animals are very â€œefficientâ€ animals. Chinese not only scour the country side, but look also for technology, patents and markets, where they have forcefully entered the cellphone and cement markets.Â

They also coordinate within one of their own overpopulated regions, instructing hundreds of thousands to enter a local country via different routes with instructions to disperse across the entire country selling clothes and sushi. Under the Leftist regime, Chinese are classed as â€œblackâ€ and therefore receive affirmative action rates. The takeaway from the Chinese is that they are not interested in taking over a country, because itâ€™s not effective and too much trouble anyway. The implied geopolitical effect however, by â€œactivatingâ€ a future diaspora, does not go unnoticed.

Russian Marxist ideology has been influencing the â€œcomradesâ€ fostering â€œrevolutionsâ€ and leading to a culture of protests mostly stimulated by labor unions. In Africa labor unions sit on the same side of the table as political parties. The other side of the table is generally reserved for whites (or business donors). This Marxism is different to what Russians do because the local Communist party thinks they are doing it â€œbetter.â€

It is clear from above that external effects are not just influence, but actual â€œinstructionsâ€ affecting the very lives of local people in a liberal-democratic ideological framework. In a two speed world, South Africa and Africa are supposed to be running at the higher emerging economic speed, but for some yet inexplicable reason it does not, therefore the 1st world donors (globalists) are not happy.

The important parameter in South Africa and Africa as a whole is perhaps demographics and languages. South Africa on its own has 10 â€œofficialâ€ â€œtribalâ€ languages but the Law is written in English. The cultural aspect that emerged is that voting patterns follow a racial divide. In other words not a tribal divide, but is race-based.

It is therefore not unexpected to observe an increase in the race narrative in conjunction with feverish attempts by the main political opposition to find ways assuaging this. The political parties in South Africa are numerous, but with the Mandela party (ANC) colluding with the biggest Labour Federation (Cosatu), the next biggest party is the minority Democratic Alliance (DA) representing most of the white â€œrace.â€

The interesting aspect of regulated life in South Africa is that western originated minority law such as affirmative action is routinely applied to the majority, as well as to the Chinese. That means whites in general must work harder to overcome their privilege. Since all donors support the black party, white party politics has become very difficult causing whites in general to â€œresignâ€ or go dark as a defensive measure to combat politics-of-fear.

The exclusionary politics continued by classification of race in Mandelaâ€™s land, with the interesting difference; each person â€œmustâ€ decide himself what race he is. Itâ€™s just difficult for babies to do, but anyway.

The new South Africa has achieved a much touted objective: It created a black middle class. But the country has not lived up to its economic growth objectives and many say that the black middle class was merely a recycling of Government replacing white with black employees.

One private institution embracing affirmative action was Standard Bank. It apparently reduced job descriptions thereby reducing the risk of individual failure on the Bank as a whole, while allowing for an increased appointment of black employees. The CEO position was also split into two positions allowing for a black and white dual CEO appointment. Â The Bank has positioned itself admirably by allowing Chinese shareholding too.

It was said that the South African economy is driven by five major corporations and by â€œplaying alongâ€ with the new politicians they have driven the country into a progressive alcoholic party type simulacrum. As long as we can have an alcoholic party, everything will be all right. Those who want to make things work receives answers like â€œseriously?â€ while foreign visitors comment on the atmosphere of â€œmañanaâ€ which means â€œweâ€™ll do it tomorrow.â€ Being a country of sunshine, beaches, wine and sports does not help to inhibit the party spirit. However, tourists and citizens still find the country enjoyable despite taking â€œnecessaryâ€ precautions which do cost a premium of approximately 40%.

Meanwhile nothing (in society) gets done properly. This is noticeable in the return on tax invested where New Zealanders get a 71% return and South African taxpayers a measly 17% return.

Where the economy once performed well (above 6% growth per year), the current state is that itâ€™s performing poorly (<2%), with sports following in lockstep too. Lucrative international bond funded infrastructural projects such as road tolling systems aimed at the â€œhoney-potâ€ of citizenry, has become nightmarish resulting in unheard-of bond losses. Most State-Owned-Enterprises have to be subsidized by Treasury and 80% of municipalities are bankrupt. Link here for independent information on municipal performance and â€œhotspotsâ€ and here for a description of bad SOE performance while globalists expect the African continent to do better than Â¡Amerika! by 2050. (Think about that)

Protests have become regular loot driven parties, something to look forward to, share and share alike by criminals and the general populace. All are equal in a dysfunctional society that everyone thought was due to Apartheid, but are now inexplicably promoted by Hollywood actresses.

Meanwhile… most people lock themselves up at night, send their kids overseas and prepare for the worst retirement scenario. But even so, we still binge regularly just to forget for a few hours, because tomorrow the sun inexplicably shines again.