by Jonathan Peter Wilkinson on December 23, 2019 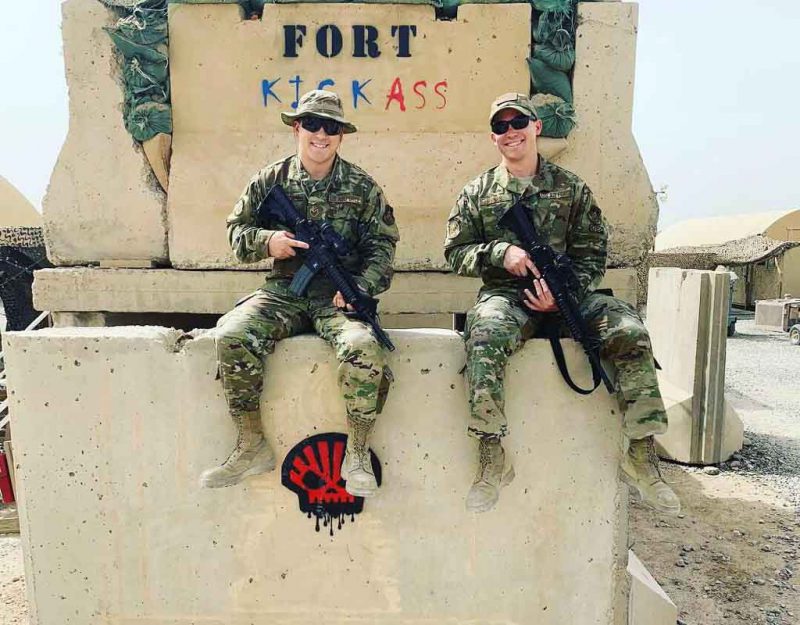 I’ve been convinced for quite a while that The United States Army has easily grown arrogant enough to again be slaughtered somewhere the way Custer got worked by Sitting Bull at Little Bighorn. They believe their combat formations are invincible the way Publius Varus believed Arminius would never be a threat.

This unchecked professional narcissism leads to personal and professional amorality. As people are convinced that they are the greatest thing since mankind figured out sliced bread, they also tend to believe that nothing can ever be their fault. Failure, even when presented to them in the mirror, is always a YP, not a MP to the inveterate narcissist. Listening to the head pointy-head over at The Five-Sided Puzzle Palace speak on the recent grim Afghanistan revelations brings this home to roost.

“I haven’t read all the stories frankly… but the stories spanned multiple administrations, multiple uniformed and civilian officials and I think it’s good to look back. I think at this point where I’m looking is forward,” Defense Secretary Mark Esper said during a House Armed Services Committee hearing on Wednesday.

The truth, you see, is some other sucker’s fault. No truth that isn’t my fault is relevant to my decision process. Adverse outcomes only count if someone points the finger at me. That attitude rolls down hill. The leaders lead. The followers follow. The monkeys with the car keys see and then do. Esper’s flunkees are no more responsive to the ground truth than Sec. Esper is himself.

Mark Cancian, a former defense official and senior adviser with the Center for Strategic and International Studies in Washington, said “there’s no upside here” for defense officials to try to address the report’s findings. “I think they’re taking the position of ‘nothing to see here. Old stuff,” Cancian told The Hill. “I don’t see it making a big impact on current policy.” James Carafano, a defense policy expert at the conservative Heritage Foundation, said he also “wouldn’t expect to see people burning lamps late into the night in the Pentagon responding to this or caring about this.”

This is the blindness that occurs when one is at altitude and distance while carrying no active or passive remote sensing gear. None of these Armchair Charlemagnes are even remotely attuned to the reality down on the ground. The reality on the ground is this. Afghans do not lose wars in Afghanistan. The British Empire and The Soviet Union both did. The lies and deprecations athwart the truth being spewed by our professional pseudo-erudite bull faeces industry aside, so will Amerika. The Taliban remains in the field and continues to gain in popularity and combat experience. Darwin’s Ratchett has turned their fighters into the Fremen and their leadership into Paul Muad’Dib.

Even in the 1990s, when everyone who entered into conflict with the Taliban — Iran, the Central Asian states, Pakistan, Russia, the Clinton administration—was willing to ease up for the slightest concessions, the Taliban simply refused. This time will be no different. The Taliban is not losing, it is not fragmented, and they will not capitulate.

There is no winning, no instituting a Marshall Plan, and no securing the blessings of democracy (whatever those are) for people who would rather die in a radioactive garbage fire than continue to endure your presence in their area of operations. You cannot and furthermore should not waste your money, your resources, or the lives of your people saving those who behold you with visceral detestation. We are going the extra mile here to give people all over the world something they are loudly telling us loudly to take and stuff somewhere very unpleasant.

We are not serving the good in Afghanistan. Our leaders are only serving themselves. This is not some holy or sacred mission. It is a cynical cash-cow feuled with the corpse tissue of our soldiers and another land’s people. Like the Aztecs feeding their slaves to the sacrificial altars, we are grinding people into lumpy human hamburger to buy the temporary favor of a fickle and increasingly pissed-off profit god.

This will not end well. Amerika does not deserve any such pleasant outcome. I am imagining the tensioning of some large and energetic torsion spring. It gets harder and harder to keep it moving backwards and winding it around the rigid rod. Let go just for a second, and it blows back harder than you can imagine. There are two presumable courses of action. Let it go now, or keep pushing and borrow more trouble for tomorrow as the potential energy continues to accrue with the tension.

Letting the tension drain in stages parcels the backlash into managable bursts of kinetic energy. A draw-down of 3,500 to 4,000 is rumored to be in the works for this summer. Senator Lindsay Graham justifies the unavoidable below.

Sen. Lindsey Graham said on Monday that President Donald Trump could decide in the next few weeks to announce a partial withdrawal of thousands of U.S. troops from Afghanistan. During a visit to Kabul, the South Carolina Republican said he could support a decision by Trump to reduce troop levels from about 12,000 to 8,600 — a figure that Trump expressed support for this past August.

This will not end up all puppies and unicorns as is explained below.

True, the Taliban may very well take over the country—as they came close to doing in 1996 when Taliban forces occupied the capital of Kabul. The Taliban may also play host to various jihadist organizations that seek to attack American citizens. But despite that risk, when faced with the evidence, and the mounting threats we face from Russia and China, there is insufficient justification to maintain our presence inside the country. We should absolutely be realistic about withdrawal, and the costs involved. The Taliban are not freedom fighters or good faith negotiators. Afghanistan will not enjoy peace with our departure, as Afghan society continues to suffer from institutional fractures dating back decades, if not centuries. However, the mission simply is not worth the continued investment. While there will be costs, they are not worth more American lives lost.

Or, we can wait until circumstance arbitrarily forces our hand. Here’s what happened in Britain when Constantine III had to withdraw the last Roman legions under duress in 410 AD.

The period from the departure of the Roman legions to the arrival of Augustine of Canterbury in 597 is often called Sub-Roman Britain or Post-Roman Britain. The date taken for the end of this period is arbitrary in that sub-Roman culture continued in the West of England, and in Wales, for a period of time thereafter. Reflecting the decline of literacy and of educational institutions, very little written material survived from the period.

Amerika is approaching its imperial senescence, but is not yet crippled with the senile dotage of a sclerotic failed state. In our last period of proximate reason, our actions abroad should include a measured withdrawal. We come back home and heal our own wounds first before we try to play Jesus to lepers who refuse to acknowledge they even suffer from any affliction. When we have successfully put together a workable facsimile of a culture at home, we can then approach the rest of the world as a powerful and capable civilization. The events that took place last night with the Dreyfus Affair impeachment of Donald J. Trump suggest we have no mastery even over our own nation. Our imperialistic military martinets are hollow, puffed-up fools to believe our nation has any business believing we can conquer the world outside our borders.

Modern World | Libertarianism, Socialism, Separatism, and the Road to Power for Whites