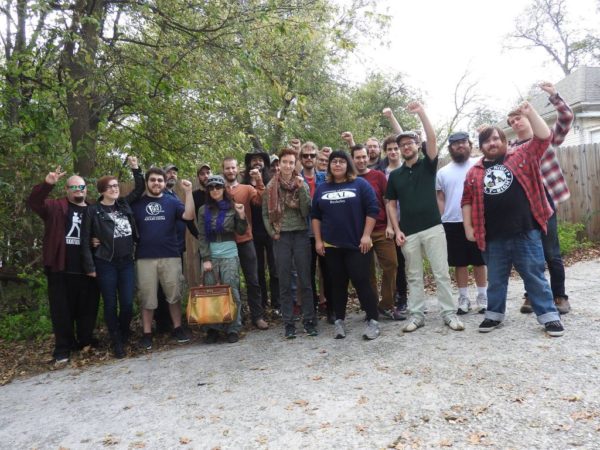 Leftists are losing it over everything. Betsy DeVos sets them off. Gavin McInnes sets them off. Vladamir’s dastardly invasion of Korea sets them off. The halls of America echo with cries of Â¡TRIGGERED! and the wailing and gnashing of teeth.

These triggered people are both remarkably stupid and remarkably motivated. There are Leftists stupid enough to claim PM Justin Trudeau of Canada is a Â¡WHITE SUPREMACIST! They’ve even seemingly forgotten about laws against murder.

In California, Democratic assembly member Reggie Jones-Sawyer of Los Angeles has predicted that the anti-Trump resistance will be â€œa looming, long, ferocious and hard-fought legal war with bloodshed stretching from the Golden State to Washington D.C.â€

Donald Trump was sworn in as President on 20th January, and in just two weeks he has already set back womenâ€™s rights dramatically. He has restricted womenâ€™s reproductive rights, cut funding to international organizations who promote, provide and advise on abortions, and just yesterday it was revealed that heâ€™s planning an executive order to declare pre-marital sex, same-sex marriage and abortion to be wrong.

So they’ve gone full SJWtard and you should never go SJWtard. Some call the Left evil. Others call them stupid. JPW the internet comedian calls them material. But there really is a sad and dark side to this entire recent trend. The SJW always has to double down. They yell Â¡RACIST! until it gets tired. Then they really get original and yell Â¡NAZI! instead.

Milo Yiannapoulos is a gay Jew who canâ€™t seem to go more than five minutes without mentioning that he loves sucking black cock. He has openly and repeatedly disavowed white nationalism, especially the â€œ14/88â€ crowd. Doesnâ€™t matter. Posters preceding his recent appearance in Denver tagged him as a â€œNaziâ€ and encouraged punching him.

The bad thing about this virulent bout of Leftist reality denial is that they have to ratchet it up. There is never any respectable way to climb back down off the ledge. And the carnival barkers and hucksters continue to cheer it on. Here’s a guy who’s “officially neutral” over the violence occurring when Leftists rally.

If you are Trump supporter, maybe you better just stay home. If you so much as leave your house, you probably stand a pretty good chance of getting punched in the face. Itâ€™s like punching Trumpsters in the face is some sort of a new national pastime or better yet, sport. We could even make it into a competitive sport and have teams of punchers and the winner would be the team that punched the most Trumpsters the hardest. Seriously man. Whenever I imagine myself as a Trump supporter now, I see this fist flying towards my face. I think I already have PTSD from all this horrible, awful, terrible, disgusting, vile, revolting, sickening, repulsive, infuriating, obnoxious, cringey, gross political violence that I am watching for hours and hours every day. Someone help me, Iâ€™m addicted.

Yes, they are addicted: ideology is a nasty crack habit that leads you nowhere special. Someone should help them, if it still remains possible. Making every aspect of your life about ideology only leads to emptiness and disappointment. Ideology infantilizes people, and this makes them helpless and atomized, so their pointless and omnidirectional rage “makes sense” from that vantage point.

Nobody is happy as an adult in diapers. If we remove the reward for virtue signaling, most of these people will move on to something else, like their previous hobbies collecting Beanie Babies, making artisanal garbage cans and moustache farming.