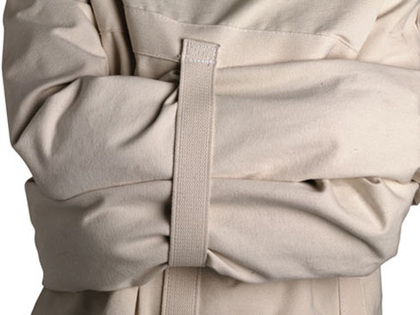 I’m just going to dive right in with this one. Here is how the mendacious semantics we are offered destroys the credibility of the liberal democratic views of our time. The following popular statements and assertions deserve exposure:

Implication: race is hereditary.
Why then are we asked to celebrate diversity if it is the cause of conflict, such conflict is to be avoided, and conflict is avoidable by eliminating diversity?

Implication: race is only appearances.
Are we then to value or to shun these social construct appearances called diversity?

Implication: only select positions regarding race, which is either hereditary or appearances by definition as convenient, are acceptable.

Let’s assume race is trivial criteria, meaning race is little more than image or aesthetic appeal. Then, choosing McDonald’s rather than Burger King is about as trivial, but strangely this choice provokes no controversy.

Stranger still, we certainly aren’t required by the central government, by way of a non-discrimination act, to select McDonald’s, Burger King, and several other diverse fast food restaurants during the same lunch hour!

Failing to choose all during the same lunch hour logically means the remainder are left out. The implications of everyone leaving out all but the same of these trivial fast food choices then are likely manifold.

People would be harmed by unemployment. Fast food business discrimination is therefore an economic problem for society at large and harmful to the owners and employees victimized.

These trivial fast food discriminations then lead to the very same consequences offered as justifications when race is the selection criteria.

But, back in reality there are people who favor McDonald’s, others who favor Burger King, and still others who choose the less known competitors. Fast food selections in reality occur in parallel and are not uniform with only one ever chosen.

Nonetheless, there’s a supreme victor, a runner up, and several other surviving contenders. It’s economic natural selection and supremacism at work in another form.

Because people are directly involved, the same human consequences of success or mass suffering occur should any of these businesses rise or fail as a result of discrimination. For this example, we’re just swapping the labels for races for the names of fast food businesses.

Next, we come to the growing conflict between established science and the inconsistent public reality outlined above.

Nor do many liberal commentators know that much of Darwin’s second most important book, The Descent of Man, consists of an evolutionary explanation of human racial differences.

We can easily move beyond human biodiversity to examine the consequences of sheer numbers. Once again we witness a consistent parting of company between public reality embodied in liberal politicians and the facts that science bears out.

SUPER-sizing Australia’s population may have grave consequences on our health, boosting rates of obesity, asthma and depression, a new study warns.

The findings, published online in the Medical Journal of Australia, come amid a debate on Prime Minister Kevin Rudd’s call for a “Big Australia”.

In the midst of ongoing financial stress threatening to curtail vital public services, our dangerously out of touch humanitarian idealists simultaneously encourage thousands of new arrivals.

Science with economic reality and public opinion are completely out of contact with one another even as they share the same society. It is as if the presently irreconcilable dynamics of Dionysian and Apollonian flavored metaphysics overshadows all modern civilization.

The entropy of Reddit | Cycles make the world go round