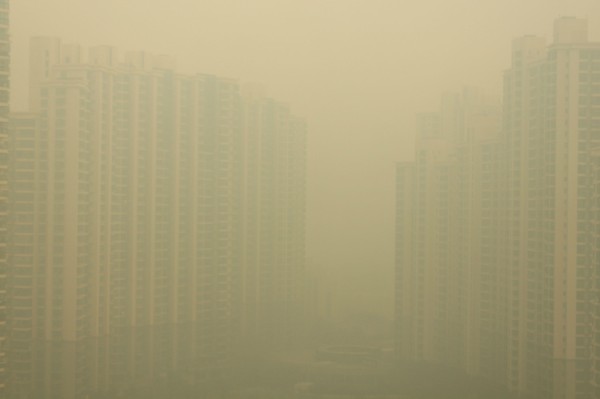 Anyone born during, or shortly after WWII, knew a world where the population didn’t spill out through every crack, and run down every surface. It was rarely very far to open fields and woods. Along with the socializing that people naturally do, there was The World, itself, to see. In plain view. And so people saw The World, and the life that lived upon The World, along with the people that also formed part of The World. They saw – in short – The World.

Gradually, this changed. But as with all change that happens gradually, it went unheeded at the conscious level. Had there been astronauts, then, equipped with suitable technology to be away from The Earth for any extended period, they would have been dismayed upon their return. They might have sounded the alarm, at a time where the turning-point had not yet been reached. And being astronauts, perhaps those who were in charge might have heeded their message. Then again, being as how those in charge rarely seem able to heed much of anything, perhaps not.

Slowly, slowly, The Earth melted away from plain sight, and all people came to see, was other people. More and more people. All these people had the same needs as every person had ever had, along, of course, with their ever greater expectations, as technology advanced, by leaps and bounds, producing wonders never before seen upon the planet. The necessities were taken care of, and soon became simply taken for granted. Food. Warmth. Housing. Guaranteed, pretty much, and so rarely noticed, let alone appreciated. Soon, they ceased even to be things worth working to obtain, as a new term was coined: The Living Wage.

People began to refuse work that did not meet their notion of A Living Wage, and instead, relied upon the state to provide the things not worth working for. Food. Warmth. Shelter. And skills were lost. And the state had to sell off infrastructure, along with the means of production, in order to make ends meet. It all happened so slowly. Slowly enough that people became first puzzled, then enraged, at the inconveniences and consequences that followed.

But really, none of this mattered. Because people – being people – had always been equipped to bounce back from hardship and adversity, by using their inbuilt improvisational skills. There was no hurry. Things would continue along for some time, yet. And so they moaned and resented, immobile in their free homes, eating free food, and watching free entertainment. But they did not address the developing crisis.

They did nothing, you see, because they had come to a strange point where almost all of them had stopped being able to see The World, and stopped being able to see their own minuscule part upon it. They had lost all track of the eternal truth of it being The Earth that ultimately provided for all their needs. They had come, by degrees, to instead see people as the source of whatever they needed. With so many people, surely there was enough to go around. Wasn’t there?

Jobs. Things provided by other people, that provide for everyone’s needs. And desires. As long as The Job pays “A Living Wage”. If not, then the state can fill in, and the job can provide the rest. All of it, coming from people. Who needs The Earth, anyway? Until, strangely, it starts acting up. Hotter than usual. Drier than usual. Windier. Earthquakes, volcanoes, tsunamis.

“Global Warming!” comes the cry, cried out to other people. “What can we do?”

Scientists huddle together and decide that the answer is to blame other people, and cure it with money. And vast amounts of money are thrown into the hole of Global Warming. Scapegoats are found: the big producers of goods and services, who are summarily sacrificed upon the altar of science.

People can bring The Earth to heel. By dealing with other people. And moving money around. And convincing each other they have the answers. People, people and more people.

Then it gets colder. Snowier. Icier. And Global Warming gets a new name: Climate Change. But the panic continues. What can we do? Build millions of windmills, at crippling cost, ruining the landscape and genociding bird-life. And then the wind stops blowing, just when it’s needed most.

When people are all people see, then people forget there is A World, at all. They imagine they are all there is, and that everything depends upon them, and upon what they think. The Earth. The planets. The cosmos. God Himself. All forgotten, and replaced by hordes of witless people.

There was a time when people walked as Gods. They had a God, and so they knew how. With their eyes upon That, they were up to any challenge. As long as God was in their hearts, they trod the path that led to glory. It worked, didn’t it? Do you remember? Or are you too young?

People don’t run anything that really needs to run. Such things run themselves, and people need only adapt and improvise. It is when people get the notion that everything is theirs, and they can run it, that the great unraveling begins. It may take a long time to become obvious, but by the time it does, it is well and truly unraveled.

There is, and always has been, a system in place. People were never part of it. Neither will they ever be, until they understand how small a part is theirs to play: to live, and to give thanks for life. That is all that is required of them. The work comes easy, because it bears such fruit. A Living Wage? It’s anything that allows you to wake up, still not dead.