A house of cards and your place within

Designing for distributive centralization, gratifying immediacy and utilitarian convenience has its drawbacks. Like a fallen domino, failure of a node in the system sets up a potential cascading effect of malfunction.

From communications to groceries to utilities, no necessity utilized by the masses of people, by design, exists as an autonomous mechanism. All the above depend upon electromagnetic field stability, never mind a steady influx of petrochemicals or other interdependencies.

But, what if nature tests our resilience one day and pitches us a curve ball in the form of solar plasma ejecta?

According to the report, potable water would be one of the first losses in the event of such a disaster. Because water pumping relies on electricity, people would have access to tap water only for about half a day, until the amount already in the system ran out. High-rises, which rely on water being pumped to upper floors, would lose water immediately.

All electric-powered transport would stop at once, and automobiles could only run until they ran out of gas, since the pumps at gas stations also rely on electricity. This would quickly cause the shelves at stores to run bare, since the modern “just-in-time” delivery method relies on restocking shelves as they run out, with minimal storage inside shops themselves.

Backup generators at places like hospitals could only run until they ran out of fuel. According to the report, this translates into 72 hours of minimal care for only the most vulnerable patients. The absence of refrigeration would cause food and many prescription drugs to quickly spoil.

The NAS report notes that a technological meltdown on this scale might be impossible to undo. Pumping natural gas or oil requires electricity, and modern transport networks are required to keep coal plants supplied. Nuclear power plants automatically shut down if the power grid fails, and cannot be turned back on until the grid is back to normal. Very few spare transformers exist, meaning that new ones would need to be manufactured to replace most of the burned-out ones. Again, the lack of industrial infrastructure would make this a major challenge.

Imagine a hurricane Katrina aftermath, minus the flooding, plus some degree of civil disorder depending on the local population, but this time across an entire continent. 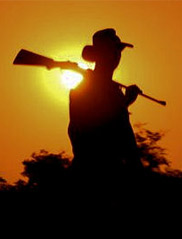 Rather than taking some days to recover, consider instead weeks on average, if not months depending on local social stability and allocation of disaster relief resources.

Our soldiers are mostly kept tucked away on the other side of the planet, far away from domestic affairs. State budgets that fund fire and law enforcement have long been straining from the added burden of needless social services, as life support systems for permanently broken people.

Given the sheer scale of our continent, as civilians, we are fairly much on our own with each other.

Still, a reasonable amount of self-confidence and readiness for solar plasma balls and any other widespread political or natural catastrophe can keep such fears subdued so we may carry on with living.

From near to far in scope, it is helpful to take a personal risk assessment in order to judge (no social-jockeying monkeyism need apply) quality of your own survival under variable scenarios which all have similar challenges.

Fitness: you may be called upon to travel by foot or bicycle. You may need to carry a burden of supplies. Personal fitness can spell the difference between asset, and as stressors for people around you increase over time, unwanted burden.

Intelligence: modern society provides every iota of our needs and wants, on demand, given available cash. But, as a house of cards that can topple with a little natural or political pressure, people will need to step in with solutions to fill the breaks in routines. Personal inventiveness and acquired skills again place oneself in either the category of asset or liability. 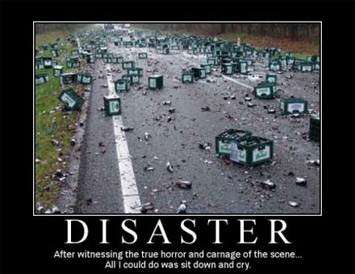 Character: the pre-employment young and the lifelong pampered are often the least tested among us. They may find themselves in the liability category, given widespread disruption of society. Veterans, construction workers and blue collar civil service types would tend to fall on the other end, as assets and leaders. Coping skills under demand, stressors, and hardship puts character to the test, separating the broken person from he who has the resolve to survive and prosper.

Readiness: by first understanding the actual brittleness of the design of our whole civilization, something most people take for granted, a minority will be prepared to some degree.

From the immediate to the long term, stocking an array of supplies from bottled drinking water, detergents and disinfectants, ability to make fire and boil water, non-perishable foods, unpowered hand tools and kits again moves us closer to the asset of survival categories.

Redesign: sprawling metropolis and suburbia are liabilities. You may have to travel miles to locate any necessary resources. Those miles could transform from orderly and guarded motion to wreckage and pillage resembling a battlefield in certain scenarios.

Centralized mass distribution is another liability. When nothing (food, tools, raw materials) is produced locally and everything is imported from afar, the potential for lasting mayhem rather than swift recovery increases.

People at some point in our history chose the cheaper (global trade) and more convenient (automobiles) path. As indicated in the plasma ball article above, it may be but a matter of time before the price for easy living must be paid in full in the currency of blood, sweat, and tears.