A green case against liberalism 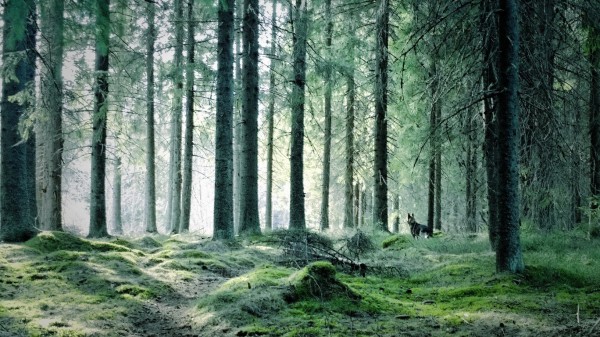 Thanks to a five decade association between the two in the West, environmentalism and liberalism seem to be joined at the hip. This was not always so, and the original “green” movement would never have approved of what liberalism has converted it into.

Green criticisms of liberalism start with the realization that liberal policies create results contrary to green interests. Liberalism, based in appearance of intent more than consequences, will counter that it wants to help green interests by adding them to its agenda. Unfortunately the rest of the agenda contradicts those green interests.

If we are serious at all about reversing ecocide, our thinking will direct itself as keeping population low so that most of the land can remain in its natural state and not be over-exploited. Since pre-technological times, humans have exterminated species and created wastelands by the simple presence of too many humans. Overfishing arises from a need (and a financial opportunity) to feed more people. The same is true of cutting down the forests which absorb most of our pollution and return to us fresh oxygen.

Even the global warming debate entirely misses this point. What could reverse the presence of atmospheric carbon? Millions of acres of trees absorbing it, for starters. But we as humans follow our individual desires, which means that if we can sign the dotted line for the loan to get the suburban house, developers will bulldoze another thousand acres and make a subdivision. Then, since those developers need to stay employed, they will find more people who might want such housing and offer it to them at a lower rate. Like most things human, our tool has now become our master.

Ideally — from an environmentalist perspective — humans would view nature as an equal partner because we depend on it for air, water and food. Creating nature as an equal partner however would require us setting aside half of the land for nature alone and leaving it in its pristine state, much as happened when aristocrats owned exclusive hunting preserves. This would require humans to leave half of all of the continents in their natural state in all ecosystems and climactic types, not just the ones we cannot use for suburbs. This alone would reverse alleged global warming and ecocide. It would also directly obstruct leftist objectives such as immigration, welfare and social mobility.

Naturally this offends our tail-wags-dog modern myth that (economic) growth is essential. Instead of creating growth by creating new opportunity, like space travel or new technologies, humans have opted to create growth by population surge which produces more dependents and thus strengthens our ability to enforce control through public opinion. Against this I raise an example from literature.

By the nature of trying to please its citizens in order to create power, civilization becomes oppressive. Success at manipulating others is a salesman’s game, a merchant Reich. And yet it improves nothing, but the human ego prefers feeling strong to knowing that life will turn out well. What humans need is not growth but stability, safety not chaotic but “interesting” social life, and freedom from worry instead of liberty to engage in self- and socially-destructive behaviors. Power contradicts all of these needs because it must make people subservient, much as the forces of Mordor do in The Lord of the Rings, and thus compel them to need their leaders. This enables leaders to use these people as fodder for power, whether growing industry, war or simply making them neurotic and automatically obedient.

We should look at our human needs first and then make our methods serve those. We need less time at the job and more time making our families stable and happy. Kids need mothers at home and safe neighborhoods. These do not happen with political objectives which are the root of power. They happen when culture values sanity over power and we put leaders in charge who can restrain us from our own impulse control issues. Otherwise, like fat people with gift cards at a donut shop, we become our own worst enemy.

The separation of Conservatives from Christianity | Esoteric Social Darwinism