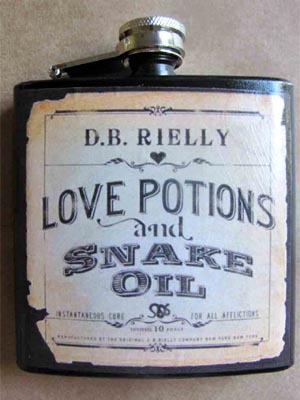 What is globalization? Formerly called internationalism, it is the idea that international trade and politics should be standardized in all places.

Who does it benefit? This is the key question: it seems to benefit people everywhere. After all, they get new (exciting) jobs and money. But really, it benefits those who own the companies who employ them.

On a worldwide scale, globalism is indistinguishable from colonialism. Rich nations go to poor nations, take resources and labor, and convert it into goods. But there’s also a backflow.

Since there is no longer national identity or citizenship, people move wherever the money is. An entire species no longer thinks in terms of leadership or, “what is sensible to do?”

Instead, it chases its own tail.

Why might this be bad? First of all, it’s temporary. It only keeps going as long as there are new places to exploit.

Second, it creates a population boom, especially of those who can handle desk jobs (which are minimally challenging) but might not write a symphony, homestead in a primeval forest, or even treat their kids like human beings.

Humanity is cycling downward because it has no forward, outward, creative goal. It has only one simple whorelike goal: follow the money, and destroy all values systems that stand in its way.

That’s globalism. Composed of equal parts unchecked capitalist consumerism, and Marxist narcissistic individualism, globalism is what seems to be success but might destroy us.

As Forbes magazine, that well-known socialist tool, describes it, protesters everywhere are driven by “the conviction that the power structure, corporate and government, work together to screw the broad middle class” (and the working class too, whose distress is not usually examined in Forbes).

Certainly, the strident promoters of globalisation â€“ politicians, big businessmen, and journalists â€“ will have to work much harder now to bamboozle their audiences.

For years now, the mantra of “economic growth” justified government interventions on behalf of big business and investors with generous tax breaks (and, in the west, the rescue of criminally reckless investors and speculators with massive bailouts at the taxpayer’s expense). The fact that a few people get very rich while a majority remains poor seemed of little importance as long as the GDP figures looked impressive. – The Guardian

Growth is the Ponzi scheme.

As long as we keep importing new consumer-voters, we can keep our failing political system and our economy alive.

Secondary consequences? Who thinks about that? What are you, a fascist?

Never mind that once you bring people into a dying system, they start gaming it like everyone else — get the job, nevermind whether you contribute value or not, get paid — and dragging it down.

Like food addiction, it is an obesity that cannot know limits. In order to stay stable, it must be voracious.

And therein is the third great problem of globalism: it is like a cancer. It spreads without limits. It will reduce our world to a giant concreted city, exterminating nature.

Britainâ€™s current population of 62 million would fall to 57.3 million by the end of the century if we had no immigration, compared to a population of 64.3 million with balanced migration; if it continues with its current level it will be over 90 million. Why on earth are we doing this? And whereâ€™s the â€œConservativeâ€ Party thatâ€™s supposed to be preserving English society and the English countryside?

But even taking aside the Tory Partyâ€™s utter moral cowardice over the issue of immigration, why is the British response to increased population more green-field development and more suburbanisation? Iâ€™m not entirely sure we need it. Those of you lucky enough to holiday in Italy this year will notice upon flying over that country just how different it looks from above to ours. Italian settlements are compact and bounded; their cities and towns constrained within clear boundaries. The south of England, in contrast, is one big suburb.

Even taking aside the issue of petrol and rail inefficiency, this has profoundly negative social developments. In Bowling Alone Robert Putnam described the effects that suburbs had on social capital: â€œFar from seeking small-town connectedness,â€ he said: â€œsuburbanites kept to themselves, asking little of their neighbours and expecting little in return.â€

He quoted Andrew Duany and Elizabeth Plater-Zyberk, architects who wrote that: â€œThe suburb is the last word in privatisation, perhaps even its lethal consummation and it spells the end of authentic civic life.â€ – The Telegraph

Your future is a soulless one. You will not have community. You will be utterly alone.

Instead of having membership in a nation, and in a city, you will live in a planned housing development. It will look like every other one, once you look past the theme — Polynesian, colonial, Japanese, or medieval — and it will be distinguished only by its coordinates.

For efficiency, the floorplans will be the same worldwide. You will wake up in Dubai on Sunday, decide you don’t like your job, and sign on with a new company in Chicago. You then go on vacation. Two weeks later, the movers have shifted your stuff into an identical floorplan in Chicago, and you can’t even tell you’ve moved until you go outside.

But you won’t be doing much of that, since there’s no point. The only safe gardens are managed indoor mall-type areas, where you walk among the trees and encounter shops. Entry is guarded by credit card and biometric ID sensors. There’s none of the crime that blights the vast spreading slum out there.

The root of the Ponzi scheme is the idea that we can grow forever. When that turns out not to be true, we’ll see the current recession being permanent. Most people will live in appalling poverty and crime. A few will manage to get corporate jobs, live in the cities under managed healthcare, and watch the decay from hermetically-sealed apartments and condos.

Sound empty? It is.

Globalism slowly ruins humanity by destroying our ability to have values and forward direction. The result is a worldwide shopping mall with no rules, which leads to most people living in chaos, and a few living under conditions that would make a totalitarian blush.

You owe it your allegiance. If you don’t do as is financially advantageous, you’ll end up in the slums. It’s a race to keep your head above water. And we all know what happens to the losers.

Welcome to the ultimate path that “growth” leads to.

Pledge allegiance to nothing | A Totem Pole for Our Time