A Different Kind Of D-Day 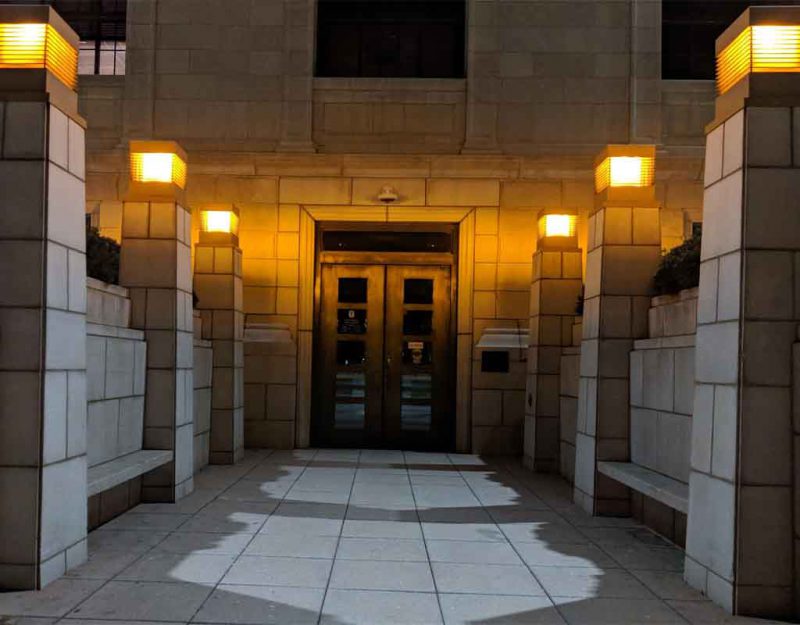 It seems that the celebrations of the Great Patriotic War have lessened this year and only in part because the WW2 generation has mostly died out. More likely, those of us who live in this modern world have become more skeptical about its promises.

Trust breaks when enough contrary examples are found. We are tolerant, at first, and make excuses; maybe they did not mean to say what they did, or got it mostly right, or were just misguided. Over time, this becomes replaced with a surly wariness.

As any good con man will tell you, people do not mind being conned if the act fills their heads with pleasant visions. They hate being conned and knowing that they are being conned, and will retaliate with disproportionate violence.

We used to have faith in democracy, liberty, freedom, justice, and a basic sense of goodness, but even a century ago it was clear that this had cracked. After WW1, it fractured completely, mainly because people saw a generation ground up for no discernible actual victory.

Humans will go through horrible circumstances and great loss of life and come out healthy on the other side if they believe they achieved something. The sense of the years after WW1 was as in the Civil War, a war had been won without settling a disagreement.

Viewed in the broader lens of history, WW1 appears contiguous to the Napoleonic Wars and European revolutions triggered by the French Revolution. It was a war to bring democracy to the known world, like an early form of globalism.

Once the victors returned home, they realized something simple: democracy was crazy, and the war they had fought was not a good war, but an evil one. Some caught on to the same during WW2, but the panic was so great that few were going to articulate that.

Now we see that the praise has not lessened, but the response has, on the D-Day commemoration. Politicians know how to make the appropriate noises — they feed speeches from the past seventy years into computer scripts that break them down and randomize them — but fewer care.

We have reached the stage of the citizens of the Soviet Union or China during 1989. Clearly the system does not work; it has failed to bring what it promised, and has created an ugly dystopia instead, but our leaders are covering that up instead of addressing it.

At some point, you stop believing the woo about freedom, equality, and justice and start looking at how everyone who works for the system is doing well, but ordinary people find themselves suffering and live in fear of saying the wrong thing.

While our methods are different in the West, we have arrived at the same place as the Soviets. To succeed, you work inside of the system and avoid taboo thoughts. People who speak up have their lives destroyed.

If anything, our methods are softer, so it is harder to object. The white guy who said something taboo about race did not end up in a gulag or mass grave, just living in poverty and working at Target for the rest of his life.

Like Communism, this historical trend is starting to resemble group delusion, a fad, or a mass panic more than clear thinking. We trusted in democracy to save us, but instead it has brought a dystopia in which freedom of thought is a dream.

Not surprisingly, democracy — that which we fought for in WW1/2 — is in decline worldwide:

The annual ranking of 209 nations and territories, prepared by the U.S.-based democracy watchdog Freedom House, recorded an overall decline in global freedom for the 13th straight year.

And while substantial gains of the late 20th century haven’t yet been rolled back, the report warns of a “consistent and ominous” pattern. “Democracy is in retreat,” it declares.

The independent organization, which grades on 25 different indicators including press freedom, fair elections and legal equality, judged 87 countries and territories to have been “free” in 2018, while 64 were “partially free” and 58 were not free at all.

This shows not the work of an organized force, but a general feeling that democracy, equality, and an unregulated media lead to bad things. Countries are retreating from these because they do not work, even if they are ideologically correct.

The men who fought in WW2 will not be celebrated for much longer. We are now seeing them as victims, more people conned by democracy into fighting to subjugate those who resisted democracy, and part of a larger historical trend.

If you fought in WW2, you got trolled by modernity. You were conned into defending the same thing that is killing you. Under pleasant-sounding terms like “freedom” and “equality,” you scammed yourselves into supporting a system that will destroy you.

This seems like a paradox because the system purports to hand control to you. To the ten percent of society that makes up the middle class, this seems intelligent because these people assume that everyone else is like them and that they are competent.

After all, they can run shops, program computers, fix cars, build homes, sail ships, and create hedge funds. Surely they can understand something as simple as politics… if we ignore the broader perspective of history and long-term goals.

Those who died on D-Day made a worthless sacrifice. Allied with Communists, they gave their lives to further support the system of mob rule, which tends toward what is popular and not what is real. This doomed their societies to more bad leadership.

The worst leaders on Earth are the sophomoric ones, who are clever enough to get into trouble but not to see the issues far ahead. Democracy, equality, and now diversity permanently elevate such people to power.

We do not have to like Hitler to recognize that he was correct on issues of democracy and diversity. Even the Soviets quickly learned about how democracy results in votes for free stuff and happy pacifism, and that this destroys nations.

If we want to escape this cycle, we have to get beyond the idea that all people are equal and that we can rule ourselves with popularity and mass mobilization. We need to start selecting our best people, placing them in power, and recognizing that no one is equal.