The internet will become controlled speech 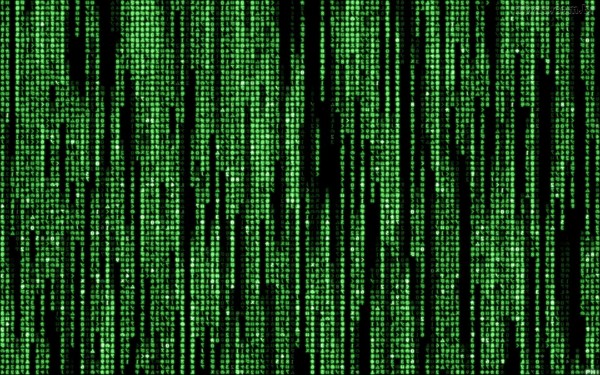 Democracy has ways of punishing those who do not conform. Unlike its cousins in tyranny, the totalitarians, democracy does not act directly but prefers an indirect approach by regulating incentive structures. Since the direction of democracy tends toward the egalitarian in all things, it rewards those who become more egalitarian than the status quo while allowing them to, as part of this process, demonize those who are less egalitarian than the status quo. This is why democratic societies always compromise and shift leftward unless explicitly rapped on the nose and pointed toward the right.

A common refrain among right-wingers is “Thanks to the internet, we can work around the solid leftist reality reprogramming of the left-leaning media.” That has been true, with the rise of independent blogs. But twenty-eight years after the internet opened up to people outside of academia and government, a fundamental change has occurred which will allow future censorship of an unprecedented scale. This censorship will not be direct, nor will it occur through government, but through popular opinion in tandem with business aversion to risk.

Witness the rise of the Corporate Internet:

Despite an explosion in the number of websites over the last decade, page views are becoming more concentrated. While in 2001, the top 10 websites accounted for 31 percent of all page views in America, by 2010 the top 10 accounted for 75 percent. Google and Facebook are now the first stops for many Americans seeking news â€” while Internet traffic to much of the nationâ€™s newspapers, network television and other news gathering agencies has fallen well below 50 percent of all traffic. Meanwhile, Amazon is now the first stop for almost a third of all American consumers seeking to buy anything. Talk about power.

Whenever markets become concentrated, consumers end up paying more than they otherwise would, and innovations are squelched. Sure, big platforms let creators showcase and introduce new apps, songs, books, videos and other content. But almost all of the profits go to the platformsâ€™ owners, who have all of the bargaining power.

In other words, we are going from many sites to few, much like after a couple decades a Big Six media companies bought up all the record labels and magazines and became the sole arbiters of taste. Why is this a problem? It allows them to manipulate markets for their own benefit, but worse, it makes relatively few people accountable to public opinion, which is generally expressed through complaints alone. Those complaints inevitably involve the individual, which creates an individual-versus-behemoths narrative, which results in the behemoths retreating when the individual claims to be injured. This benefits the behemoths because it allows them to reduce traffic other than their intended message. The more they cut out, the more of their message shines through.

Why else do you think big media magnates are so willing to help?

On the sidelines of a United Nations luncheon on Saturday, Merkel was caught on a hot mic pressing Zuckerberg about social media posts about the wave of Syrian refugees entering Germany, the publication reported.

The Facebook CEO was overheard responding that “we need to do some work” on curtailing anti-immigrant posts about the refugee crisis. “Are you working on this?” Merkel asked in English, to which Zuckerberg replied in the affirmative before the transmission was disrupted.

Ex-Communist (or maybe not so “ex”) Merkel knows the rules of the new system: government cannot intervene directly, but by indicating that it will support censorship, it can induce large providers like Facebook — and most of the people you know use Facebook regularly — into cutting out the posts. If Facebook constituted 70% of the sites that 70% of people visited 70% of the time, it could create a majority vote simply by dropping posts. And again, that benefits its business model. Consumers do not like controversy except of the fru-fru variety that Kardashians and Madonna provide. Real issues fall before tabloid issues. That means that more of the stuff Facebook wants through, like big trends and advertising, gets through.

All technology goes through a process of concentration, or reduction in variety of forms so that a few forms with multiple options can predominate, as it matures. The first cars were amazing and for the rich or at least dedicated; now, most cars are very similar in function and features and compete mostly on price, social status and perceived quality, a gap which has significantly narrowed as well. Digital technologies, which move much faster than physical technologies, accelerate the most. The internet is no longer a Wild West; people view search engines and social media as something in the background that should always function, like electricity or running water.

To put it another way: cyberwarfare models are maturing in the same way that other technologies mature. To take a more prosaic example, the evolution of cyberwarfare is a lot like the cycle e-commerce went through. There was a lot of initial excitement and investment from retailers in building separate e-commerce operations or businesses, but gradually these became not just a standard part of their operation but for many retailers the core of their business, just as cyberwarfare planning and strategy is gradually becoming a part of mainstream military planning.

This concentration means that consumers are less fascinated by these products. There is less novelty, and less perception that these things should be expensive and elite. That means that people put less attention into any single interaction, which in turn means that these companies have to increase the quantity of interactions (this quality-quantity cycle persists in all things, as a form of entropy). That in turn accelerates the need to control the Narrative in order to make the technology profitable, and this involves keeping it “safe” for ordinary consumers to avoid contact with any parts of reality they might find disturbing.

That in turn leads to censorship by public opinion:

Thereâ€™s that saying: The road to hell is paved with good intentions. When it comes to censorship, one might say that the road to thought and speech control is paved by people trying to protect other peopleâ€™s feelings.

…Of course, the real and fair solution is much less politically correct but effective. Itâ€™s to stop trying to protect peopleâ€™s feelings. Your feelings are your problem, not mineâ€”and vice versa.

If the Right does not get a site or business into the upper echelon of internet content providers, it will face the same embargo on its views that persists in the mainstream media currently.

A common attack: categories as weapons. | The Watcher