A candidate for the psychological defect behind liberalism: agency bias 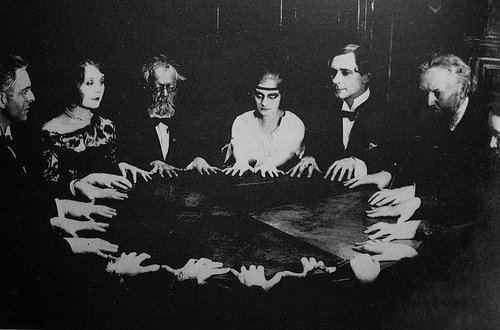 Civilization will make you paranoid. You’re no longer doing everything for yourself; instead, you’re delegating it through others. This means some trust is required but as we see daily, people often bend or violate trust.

That paranoia can spread when combined with a basic human perceptual tendency. Like other perceptual tendencies, such as parallax motion or light bent in water, this one is troubling until disciplined. Then again, that’s true of just about every human trait. Our divine nature comes from our restraint of pure impulses.

Agency bias is the basic tendency to see events as the result of some deliberate will and not random. Naturally this has been used as a weapon against religion, arguing that the impulse to attribute variance in life to God is a result of agency bias.

But between claiming that God has done something, and that it is wholly random, a middle point exists: that often unintended consequences occur, including the consequences of unmanaged complexity. In that view, many events are not so much deliberate as they are the result of a lack of deliberate focus and attention.

From that viewpoint, we can see agency bias as the human attempt to assign intention to the chaos of life. It is exacerbated for negative events, which are more likely to be seen as deliberate:

â€œNegative agency biasâ€ has been noticed in adults for a while now. A 2009 paper by psychologist Carey Morewedge provided evidence that people are more likely to cite â€œthe influence of external agentsâ€ when explaining a negative outcome, as opposed to a positive or neutral one. If weâ€™re displeased by something, we tend to assume something, or someone, is responsible.

In other words, when things go our way, we accept that as natural. When something doesn’t go our way, we look for someone intervening to ruin our day.

A realist might view this instead as evidence of the inherent solipsism of the undisciplined human. When the world mirrors our mind, we’re OK with it; when we get a rude awakening that reality is in fact an independent force to ourselves, we look to blame someone else for ruining our perfect solipsistic feedback loop.

Liberalism reflects this tendency. Anything good must come from the individual; this explains the pathological altruism of liberalism. But anything bad must come from another individual attempting to steal/destroy what the individual wants. There can be no negativity, because then someone has been treated unfairly by the outcome, which we must then argue was deliberate to show an injury.

In fact, all of liberalism may originate in this supposition. Some are poor, and some are kings; this must be because the kings by acting in self-interest forced the poor to be poor. Upholding that belief even after observing the behaviors of the poor, namely uncontrolled breeding and lottery ticket purchasing, requires a pathological investment in its truth before validation.

A conservative response is to see all of this as a lack of discipline. With discipline, we know that many events cause bad outcomes and they are independent from our measurement of good or bad. Further, the situation is easily cured. The secret is that people bend or violate trust in varying degrees. Thus the solution to this problem is to pick trustworthy people, minimize the lack of trust, and then to harshly punish violations of trust.

But that would offend liberals because their goal is not trust, which requires reaching outside the envelope of solipsism, but retribution when an offense occurs. Yet another reason these two philosophies are utterly incompatible.

The life and death of civilizations | The Faux Aristocracy