The life and death of civilizations 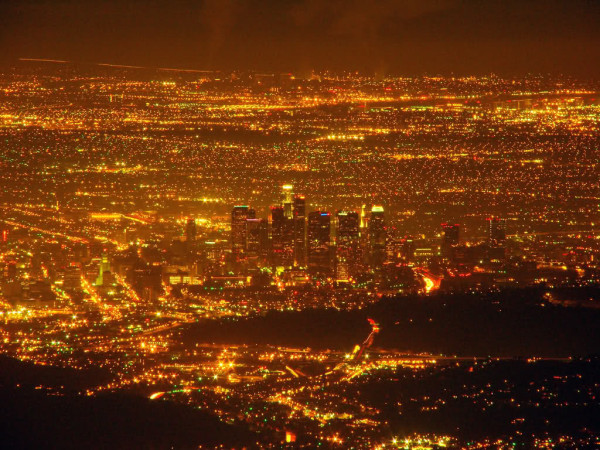 Over the past week or so, I’ve been exploring what people think about the coming debacle. We know the West — not just the USA, but all places European-descended peoples reside — is in deep trouble. It has been for centuries or longer. What’s going to happen, people want to know? Even more, what should we do?

The response is typical for a modern time. In order to be important, each person must come up with a unique opinion. These are usually comprised of mixed despair, contrarianism, rage, ironism and idealistic absolutes. To draw attention to yourself, the switch can’t be at 52.3%; it needs to be either at 0% or 100% or it’s just not a good story to tell at the bar or on the front page.

In general, mainstream conservatives tend to think that the USA is going to fall apart rather rapidly and all we can do is keep going to our jobs and earning money and preparing for the end. This is actually good advice, so long as you don’t want to arrest the process. It’s basically a “lie back and enjoy it” with an appeal to the profit motive.

Underground conservatives, and I include in this group anyone who is conservative but doesn’t have a socially-friendly euphemistic opinion, tend to take a more extreme view. They want the switch pegged at 100%, and so this group — neoreactionaries, Traditionalists, dark enlightenmenters, paleoconservatives, New Right, even many libertarians — want society to explode in flames so they can plow the ashes flat and rebuild.

I have a few words of reality-adjustment to these groups. The first is that being unique and cool-sounding has no value; being right does. The second is that there is only one guide to what will happen and that is the history of other societies in similar situations. The final note is that the only goal that will unite us is not just to survive what’s coming, but to stop it and rise again.

People confuse what is popular with what is true. The reason for this confusion is that if a large number of people react favorably to some idea, our temptation is to say that they’re probably “correct” and it’s true. The problem is that they’re not thinking about whether they’re correct or not. Like the dumb little monkeys they are, they’re thinking that they “like” the idea. It sounds good to them. They want it to be true, or want to imagine that it’s true, and so they claim it is. Evolution was a lie; we’re still monkeys.

On the same level of the confusion is the “it’ll just work out fine” camp. This is exclusive to people in denial. They don’t want to notice the signs, don’t want to change anything they’re doing, and definitely don’t want to admit anything less than total personal success. As a result, they are violently offended when you suggest society’s in a stall and headed downward.

But what is going to happen?

I suggest that we look for the simplest possible explanation that has a historical precedent. This requires us to look at current societies which are the result of what happened in the past, and ask ourselves what has happened to these societies. We quickly notice a difference: some societies are on their way up toward both technology and high levels of social organization, and others on their way down to what we call “third world” status: corruption, filth, disorder, pollution, criminality, confusion and lack of civic participation.

If all people are basically similar, this means that some societies made good decisions and others did not. We then have to track back through history to see what these decisions were. Distilling a complex topic to a simple idea: societies that are rising got their act together. They found unity, purpose, goal and values. Societies that are failing abandoned these things in favor of a “everybody do whatever they want” ad hoc approach to social order.

One thing about such societies is that they are radically divided. A small elite rules over a huge and impoverished mass. The elite basically survives only because it can have wealth and hire the best of the masses as security guards. Otherwise, it has nothing and quickly would be looted, raped, murdered, robbed, pirated and subjugated by the vastly superior numbers of the herd.

If we do not change our direction, we will end up as a third world nation where a few rich Caucasians rule over a vast horde of mixed Caucasian, Asian and African people. These people will have no culture exception television, no morality except government, and no direction in life except immediate personal gratification. They will be inept in every way and totally disorganized, causing the nation to be impoverished and dysfunctional like third world nations are.

This is not the apocalyptic collapse scenarios that make blogs popular. People want to tune into the negativity and so they like the idea of society going up in flames. If societies did that, it would be easy to arrest the decline. Instead the decline is like an invisible disease, moving slowly but surely until it has paralyzed society, and then eating it from within. The collapse is slow like erosion, not fast like fire.

With third world status, many things are given up. Safety. Cleanliness. Political stability. Space exploration. Advanced learning, science or even quality leadership. Every thing you touch every day is failure, stupidity, criminality, perversity, filth and dysfunction. You learn to trust no one and act like a greedy monkey, taking everything for your immediate gratification and not caring whether it wrecks your neighborhood.

This means your grandkids are going to be wandering around in dirty hovels under a government that is hopelessly corrupt. Social institutions won’t work. They will be victims of crime. Unless they’re in the lucky few who make and hold wealth, they will be dragged down into the cultureless grey morass and lost to history. Their lives will have forced “joy” but will basically be an exercise in drinking to not notice how incompetent, larcenous, mediocre and defective every single aspect of life is.

This is worse than apocalyptic collapse. It is a slow and steady death. Republicans want to know how to find a bipartisan(tm) compromise-based(tm) solution to slowing this decline. The point I have to make is that you can’t slow this decline. You need to change direction, and point your society back toward actually succeeding and being functional again. You can’t fix this problem. You’re on the wrong road. Turn around, get back to the fork, and take the other road.

Turning our society around would take only a year or two. First, deregulate just about everything. Next, junk the welfare state. Finally, get rid of Civil Rights legislation, teenagers voting, education grants and loans, and other programs that are popular with voters because they deny the obvious reality. Get rid of public education, CPS and other well-intentioned hopeless quests.

Detractors say this will cause riots, but I don’t think so. Riots happen when there’s a steady source of income and it’s not enough. When people are struggling to survive and no one will help them, they don’t have time to riot and don’t want to risk what they have. Slash away the government bureaucracy, the entitlement state and all the do-good programs.

This will in turn cause business to slash make-work jobs, many of which exist so that people from protected groups can be hired in non-mission-critical roles. “Where do we put our gay black Muslim woman? Put her in office supplies, where if she screws up we’re not in trouble and she can never be fired and sue us.” Times ten thousand, of course.

Our path-change doesn’t involve some grand plan. It involves removing the stupid and bad plans from the past. Rip out all the failed stuff that’s popular because it’s freebies or has emotional content. Focus on what works, and minimize government so it can’t start inventing “ideological” roles for itself again that are basically licenses to steal money. Focus on making society as a whole stronger, not using poor/minorities/women to justify more expenditures.

People will be so afraid of this they will come up with as many lies as they can to explain why it won’t work. The good point is that you don’t need to listen. It worked in the past; it will work today. What doesn’t work is the programs we adopted in the interim. When those go by the wayside, government will have a smaller role and citizens will need to become active in society again.

It’s only by setting ourselves on a better path as a whole that we can dodge decline. You cannot fix the many leaks in the ship, and you will not be able to rebuild a comparable society. What needs to happen is a renovation through restoration. The past is the future, and the future is the past. Fighting a rearguard action to “preserve” both good and bad decisions is pointless. Throw out the bad, keep the good.

The end result of all this will be a period of intense shock. People will have to re-configure their heads for a society that is 90% culture and 10% government instead of the inverse. They will have to do more for themselves, but they’ll have to spend less time waiting on government, defending themselves against government, and so on. We will become a unified national state again.

But in time, people will adapt. With no welfare and free daycare (“education”), someone in every household will go to work and someone else will take over the home life. People will plan ahead instead of making a mess and hoping government will clean it up. Culture, church, family and friends will take precedence over standardized tests, job titles and government categories.

It’s interesting that out of the thousands of people writing on this topic, very few both to approach it in a systematic and analytical way. Most of what you see out there is emotional projection, tantrums and reactive posturing, and the usual self-aggrandizement of radical individualists. The reality is both simpler and has greater depth than any of that.

Why you should burn your college degree | A candidate for the psychological defect behind liberalism: agency bias